By Sarantis Michalopoulos | EURACTIV.com and EURACTIV.de

E10 is basically petrol containing up to 10% ethanol. ADAC now proposes to increase ethanol blending quota by another 10% to 20%. [Shutterstock/FrankHH]

The German motoring association ADAC has proposed doubling the quota of ethanol’s blending with petrol in car engines from 10% to 20% to achieve higher CO2 savings and eventually contribute to the decarbonisation of the transport sector.

“Most of the petrol cars in the fleet today have clearance for using E10. Many new cars may even use E20 or even higher ethanol blends if car manufacturers approve the use of these fuels. This potential to reduce fossil fuel consumption from existing and new vehicles should not be ignored,” ADAC’s technology chief Karsten Schulze told EURACTIV.

E10 is petrol containing up to 10% ethanol. ADAC now proposes to increase the ethanol blending quota to 20%.

The Fuel Quality Directive (FQD) currently does not allow going beyond 10% of ethanol. As part of the new Green Deal, many directives, including FQD, will be revised and the Commission is believed to be backing higher blends of alternative fuels.

An EU official told EURACTIV that as part of the June 2021 package, the Commission will look at options to stimulate the uptake of renewable and low-emission fuels, as highlighted in the Climate Target Plan.

“As part of this preparation, the Commission has launched a study to analyse inter alia whether the blends limits currently included in FQD could become a barrier for the deployment of renewable and low-emission fuels and what impacts possible changes would have. Work is still ongoing on this issue,” the EU official said.

Transport in Europe remains an open wound when it comes to CO2 emissions, as it is responsible for some 25% of the overall fossil greenhouse gas (GHG) emissions.

Road transport is almost entirely dependent on fossil fuels (95%) and the EU executive admits that by 2030 things will not change dramatically.

The push for electric cars is still there, but the poor infrastructure combined with the high costs are not promising for their quick deployment.

Schulze said that in the long run, we will need GHG-free fuels to decarbonise road transport in cases where battery technologies  cannot be used

“Many options are emerging, from hydrogen to E-Fuels – ethanol is one among many. So far it is unclear which technology will be successful in the future market. But ethanol has the advantage of being a fuel compatible with conventional petrol engines,” the EU official said.

He made it clear, though, that before committing to a substantial increase of ethanol consumption, “it is absolutely necessary to ensure that the ethanol production involved does not place any demand on field crops and fertile agricultural lands”.

Zoltán Szabó, a sustainability consultant for Ethanol Europe, said that although science is clear on the engine efficiency benefits of E20, administrative obstacles in the EU prohibit going beyond 10% ethanol.

“Because ethanol is a high-octane fuel, testing results both in the EU and the US consistently find that engines optimised for E20 emit less greenhouse gases and air pollutants such as PM10. Crucially, when E20 is standardised as a fuel, octane should be increased to above 100 and let ethanol play its part as an octane booster,” he said.

“If the EU wants to advance its climate policy and clear the air, E20 should be introduced today,” he added.

Marie-Luise Dött, a Bundestag lawmaker and head of the working group on environment of the CDU/CSU parliamentary group, has sent a letter, together with other prominent CDU/CSU deputies, to the ministries for agriculture (BMEL), economy (BMWi) and transport (BMVI), asking them to support renewable fuels.

In order to reach the emission reduction goals in the transport sector, the CDU/CSU parliamentary group suggests equal support for all available technologies: electricity, biofuels and hydrogen including its subsequent products (Power-to-X).

Relying on just one of the options would not be beneficial to reduce greenhouse gas emissions.

The known potential of biofuels made from oil and plant residues, as well as the German hydrogen strategy, are in their opinion useful tools to meet reduction goals in Germany, Europe and globally. A non-exclusive approach, they hope, will incentivise decarbonisation through innovation.

Paolo Frankl, the head of the renewable energy division at the International Energy Agency (IEA), recently told EURACTIV that ethanol is an important part of decarbonisation in Europe.

Energy technology perspective graphs show that its contribution is still there even in 2050, he added.

**Lukas Scheid contributed to this article 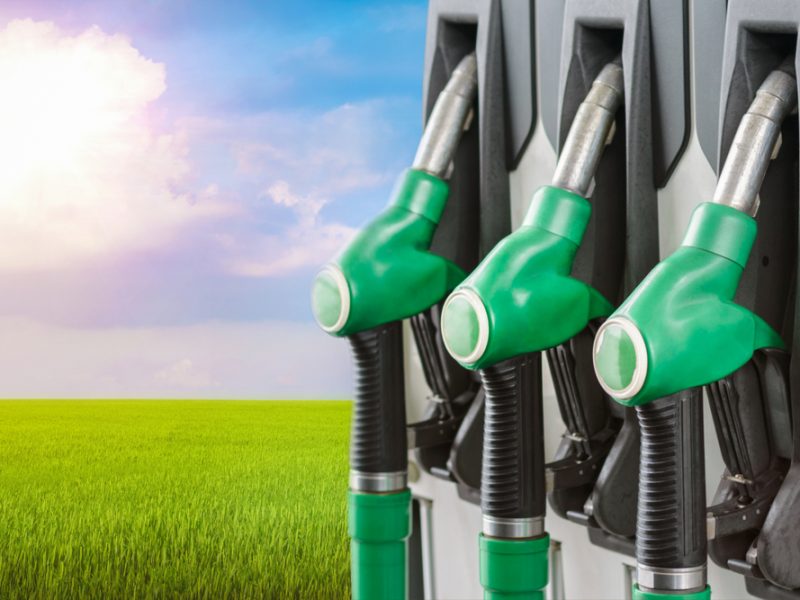 Governments around the world need to urgently address this year’s 11.6% drop in biofuel output, caused by the pandemic, in order to meet transport’s decarbonisation goals, the head of the renewable energy division at the International Energy Agency (IEA) told EURACTIV in an interview.