In recent months, farmers have organised several large-scale demonstrations, some of which were thematically opposed to each other. EPA-EFE/MARKUS HEINE [Markus Heine/ epa]

According to the organisers, 27,000 people demonstrated against the current agricultural industry on Saturday. But while the movement wants to promote organic farming, end mass livestock farming and the use of pesticides, farmers, who protested the day before, want the increasingly strict regulations to be relaxed

To kick off the International Green Week in Berlin, demonstrators called for a profound reform of agricultural policy to end factory farming and cheap meat production and instead promote smaller farms, organic farming, animal welfare and environmental protection. 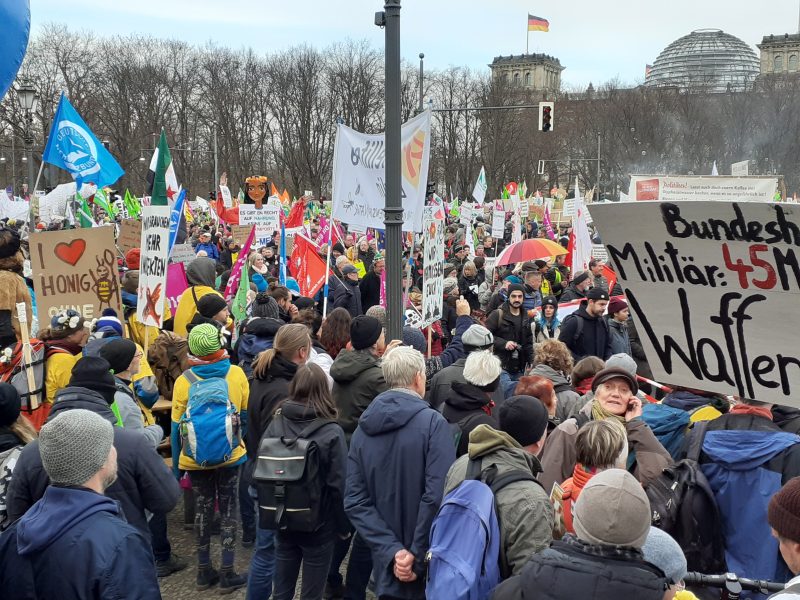 “In agricultural policy, there is a subtext: We decide and you stay out of politics. We will not accept that”, Felix Prinz zu Löwenstein, chairman of the Federation of Organic Food Industry, told the crowd assembled in front of the Brandenburg Gate.

Germany sticks to direct payments of the CAP

This year, the demonstration took place at a special time, as Germany takes over the EU Council Presidency in July and is expected to be responsible for concluding the negotiations on the EU’s Common Agricultural Policy (CAP).

“We demand that the German government does its job properly in 2020 when it comes to the EU’s agricultural reform,” said the event’s spokesperson, Saskia Richartz.

The demonstrators called for direct payments from the CAP to be abolished and replaced by the promotion of organic services.

Agriculture Minister Julia Klöckner has already declared that she wants to continue to use direct payments as basic security for farmers. Yet, she also stated in her opening speech of International Green Week that agriculture should be ‘greener’ and that the European Green Deal must be supported.

To this end, she said, the CAP budget should not be cut by 7% as planned, and she also warned against populist promises:

“Those who rely on quick approval today, who raise expectations among farmers that cannot be met, may get short-term applause but the hangover afterwards will cause all the more headaches”. 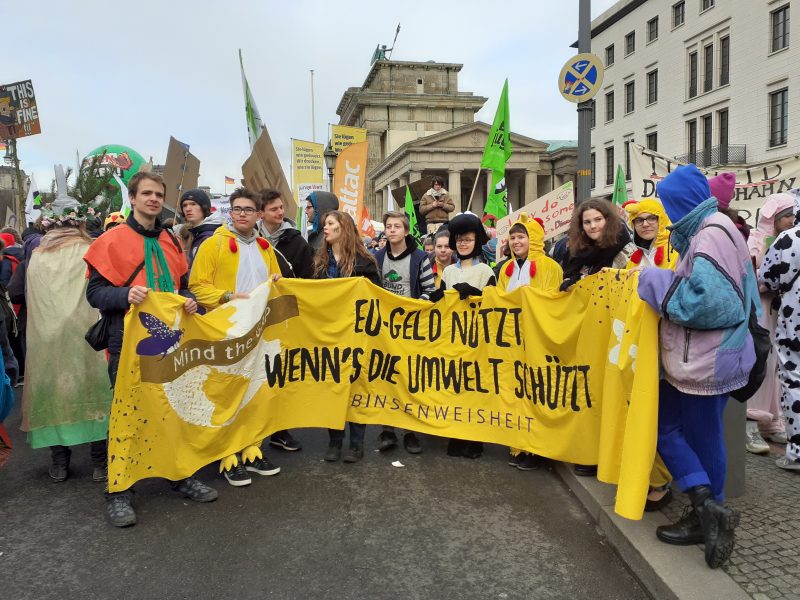 Before the protest started, farmers on tractors drove to the Foreign Office to hand over a letter of protest to Klöckner, demanding the signing of the Mercosur Agreement. At her invitation, a conference of agriculture ministers is currently being held with government representatives from around 70 countries.

In recent months, farmers have organised several large-scale demonstrations, some of which were thematically opposed to each other.

On Friday, for instance, 500 tractors had entered Berlin to protest against what they consider to be too strict policy guidelines for climate protection and animal welfare. Numerous farmers are protesting against conditions for the reduced use of fertilisers, which are intended to reduce pollution in groundwater.

In November, there was a similar demonstration in which 40,000 farmers protested against deteriorating working conditions. In doing so, they expressed their concerns about increasing requirements set in the agricultural package passed by the federal cabinet last September. 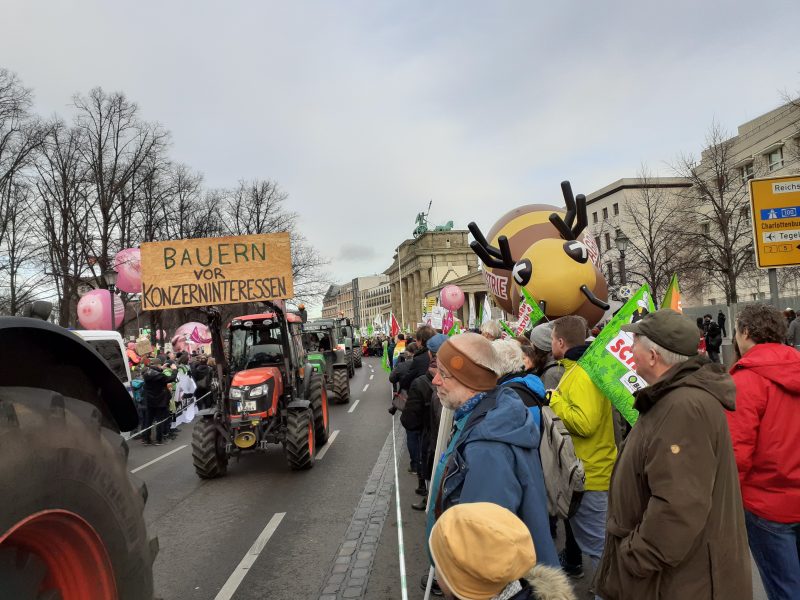