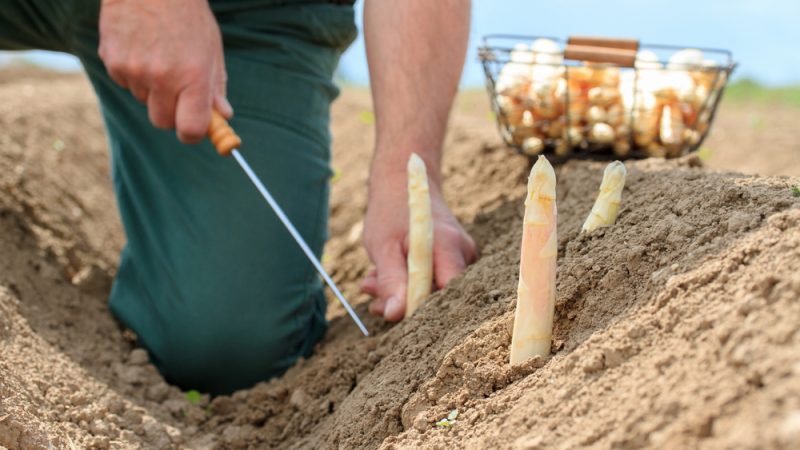 Germany also signed mediation agreements with Georgia and Moldova. Workers are expected from both countries this year, according to the ministry. [Shutterstock]

This year, labour supply bottlenecks could become a problem due to the Ukraine war and the ongoing pandemic, and while the German Farmers’ Association (DBV) calls for the rules to be relaxed, critics argue deeper issues remain. EURACTIV Germany reports.

Germany employs a large percentage of foreign seasonal workers on a short-term basis for seasonal crops like asparagus and strawberries.

However, the war in Ukraine and the ongoing COVID-19 pandemic could affect the flow of such workers this year, with the harvest season just a couple of months away.

“In the case of seasonal workers, there is currently considerable uncertainty about the availability of harvest workers from Eastern Europe this summer,” Germany’s farmers’ association, known as DBV, wrote in a position paper on the effects of the Ukraine war.

At the same time, the high number of COVID-19 cases continues to be a problem as workers going into quarantine would likely create further losses for the sector.

Farms in Austria are also afraid of bottlenecks. According to media reports, many farms are now recruiting workers from Asian countries such as Vietnam.

Given the situation, the DBV calls for employment rules to be temporarily relaxed, as was the case during the pandemic. One of the association’s proposals is to extend the time limit for short-term employment.

Germany’s agriculture ministry, however, does not expect the number of foreign seasonal workers to decline this summer, a spokeswoman told EURACTIV Germany.

According to the ministry, Germany also signed mediation agreements with Georgia and Moldova, and workers are expected from both countries this year.

But according to a 2021 report by the IG Bauen-Agrar-Umwelt trade union, many seasonal workers are Ukrainian and located in regions like Mecklenburg-Vorpommern and Brandenburg.

At the same time, the ministry is optimistic that the €12 hourly minimum wage as of October 2022 will make German farms attractive for workers.

However, the farmers’ association demands that the minimum wage increase be postponed and implemented in stages “to at least partially counteract the massive cost increases in agriculture”.

Costs in the sector have been on the up following the energy crisis that Russia’s invasion of Ukraine has further exacerbated. Fuel, energy, and the cost of fertilisers and animal feed have all increased in recent months.

But trade unions are not too enthusiastic about the DBV’s demands.

“The discussion about the minimum wage is already history. The €12 has to be paid from 1 October according to the legislator – and that’s a good thing,” Harald Schaum, deputy national chairman of the Industriegewerkschaft Bauen-Agrar-Umwelt, told EURACTIV Germany.

According to Schaum, short-term employment rules should not be abolished despite farmers calling for this. Instead, he calls for better social protection for seasonal workers. 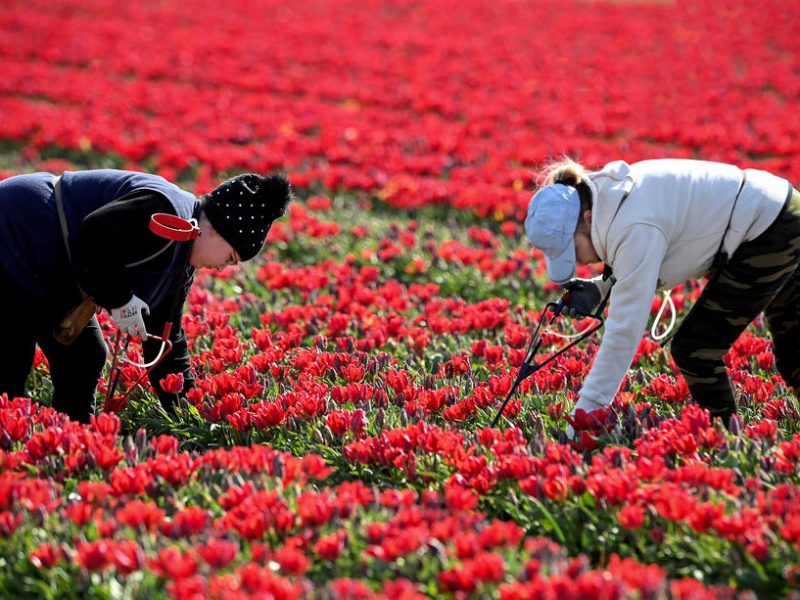 Seasonal agriculture workers are exposed to numerous labour rights violations in Germany, according to a new report by the Fair Agriculture Initiative alliance on seasonal work in German agriculture. EURACTIV Germany reports.

The EU introduced the so-called social conditionality with the reform of the Common Agricultural Policy (CAP), which was adopted in Brussels last year, linking agricultural subsidies in part to minimum requirements on working conditions and protection.

However, Germany has taken advantage of the transitional period allowed by the EU and does not want to introduce the new regulation until 2025.

According to the Fair Agriculture Initiative report, a considerable share of Ukrainian workers have come to work in Germany through holiday jobs or study-related internships.

Since such schemes could be discontinued due to the Ukraine war, the DBV sees potential for finding workers among the Ukrainians who have fled to Europe.

The association demands that refugees seeking work should quickly be granted work permits in Germany. This is something Schaum from IG BAU agrees with. “This helps them and us,” he said.

A few weeks ago, EU countries agreed to grant so-called temporary protection to refugees from Ukraine. This allows people to stay in the EU without a visa and access the labour market. 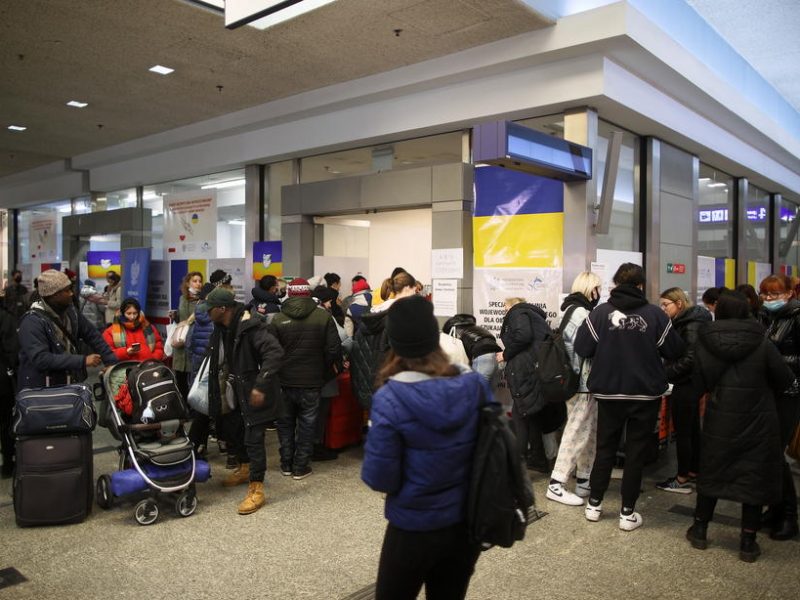 The European Commission has proposed that those fleeing the war in Ukraine should be granted “temporary protection” in the EU, while border checks should be simplified. EU interior ministers will decide on the matter on Thursday.

This is not the first time the possible shortage of workers has been an issue.

Since the start of the COVID-19 pandemic, Germany has had to ease travel restrictions specifically for seasonal workers to make the harvest possible.

According to the German Working Association of Farmers, known as AbL, the repeated difficulties point to a deeper problem. “Farms need cost-covering prices in order not to be under massive cost-cutting pressure” that requires them to look abroad for cheap labour, a spokeswoman told EURACTIV Germany.

“Addressing the lack of effective labour law here must be a top priority,” she added.