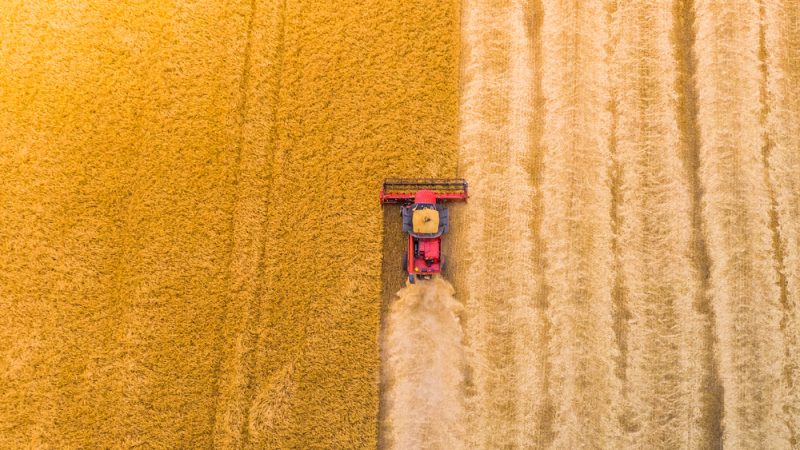 Özdemir has requested that the new rules on crop rotation, which are supposed to apply from 2023, should come into force one year later, Özdemir said in a statement published Wednesday (11 May).

According to the new regulations, farmers may not cultivate the same main crop on the same arable land for two years in a row. For example, if winter wheat was grown on a field in one year, maize, rape or similar crops would have to be grown the following year.

“The Russian war of aggression on Ukraine and the effects on global food security are a concern for all of us,” said Özdemir, pointing out that his request is based on the currently strained global grain markets.

“I am therefore lobbying Brussels to delay the new crop rotation scheme so that our farmers can produce more wheat,” said Germany’s agriculture minister, adding that wheat could otherwise no longer be grown across many fields this autumn.

Germany is not dependent on Ukrainian or Russian grain exports, but is itself an important global supplier of wheat, boasting a 5% market share in 2020.

According to Özdemir, postponing crop rotation rules is a better way to increase grain production than allowing farmers to produce crops on fallow land and other protected areas.

This latter measure was proposed by the European Commission in its recent communication on food security, but Germany opted to only free up protected areas for fodder use.

The regulation on crop rotation, known as the “GAEC 7 standard” in the reformed CAP, is part of the so-called conditionality rules which only allows farmers to receive direct CAP payments if they meet a set of minimum requirements.

Postponing the regulation would “considerably facilitate farmers’ current cultivation plans and the implementation of EU agricultural subsidies in 2023, without having any significant negative impacts on climate protection or biodiversity,” said Özdemir.

But not everyone agrees.

“That’s a completely misplaced proposal,” Celia Nyssens of the European Environmental Bureau (EEB) told EURACTIV. “Crop rotations are crucial for pest management and soil protection so this will have negative impacts,” Nyssens added.

“Simple practices like crop rotations are among the most important measures to build resilience,” particularly as “we go from one extreme weather event to another every year,” she also said.

Rather than attempting to increase food production due to the war in Ukraine, Nyssens believes that those at risk or already facing food insecurity should be “able to access and afford food” and that land and crops should be redirected “for human food use rather than bioenergy or livestock feed.

For agricultural economist Sebastian Lakner, promising to focus on wheat use and measures that limit consumption of biofuels and feed rather than postpone the crop rotation rule could lead to slightly higher wheat production.

The scientist also pointed out that temporarily relaxing the rule could create incentives that would, for example, make it easier for maize farmers with close crop rotations to use their cultivation as feed or bioenergy.

Until now, maize producers have been struggling the most with the requirements for crop rotation and are keen to plant maize more than once.

Özdemir’s initiative was welcomed by the German Farmers’ Association (DBV). “We want to be able to continue to grow bread wheat to the same extent as before,” the association’s president, Joachim Rukwied, said.

This measure should only be seen as the first step, according to Rukwied. “We now expect proposals from Brussels and Berlin on how to solve the food crisis,” he added.