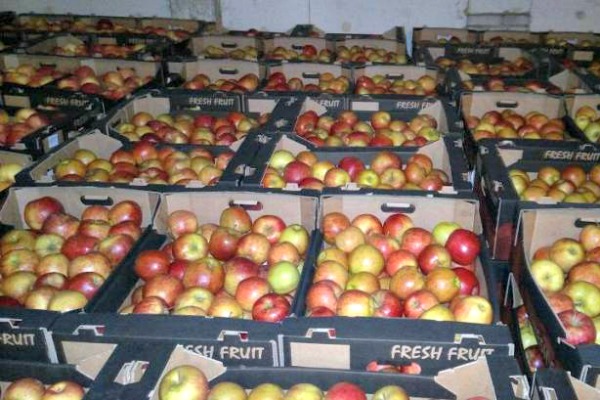 The move was considered a huge blow to Greek farmers, as 41% of Greek exports to Russia concern agricultural products.

Ankara reacted to the ban by extending an olive branch to Moscow. The Turkish finance minister, Nihat Zeybekci, said that the ongoing crisis between Russia and the West was an “opportunity” for Ankara.

“Amid a deadlock among Russia, Ukraine, EU and USA […] we will approach even more Russia”, he said, adding that Ankara would draw a comparative advantage from the Russian embargo.

The Greek foreign ministry issued a statement on Saturday (9 August) saying that Greek farmers would be compensated for losses incurred by Russian sanctions, hinting simultaneously that Turkey, an associate member of the EU, was complying selectively with European policy.

“The EU and Euroatlantic partners also need to make the speedy realization that we cannot have countries that are candidates for accession to the EU – countries that are in fact members of the Alliance – participating a la carte in European policy and benefitting from the cost being paid by the member states”, it said.

The leftist main opposition Syriza opposed the Greek government’s decision to take part in the sanctions against Russia and urged the Greek PM to support its local ‘victims’.

“After it disagrees with the EU measures [against Russia], the Greek government has to make it clear to Russia that the peoples of Europe, and especially in this case, the weakest part of the farmers should not be victims of conflicts expediency”, said Syriza MP Vangelis Apostolou.

The head of Syriza and then candidate for the presidency of the EU executive, Alexis Tsipras, made his position on the Ukrainian crisis clear even before the EU elections.

During the European Commission’s presidential debate, he argued that Ukraine should be a “bridge” between Russia and the EU and opposed talk of sanctions.

“The EU is making experiments again with the materials of the Cold War […] A new wound is opening in the heart of Europe and ahead of this threat, no threats and sanctions but dialogue and diplomacy should dominate”, he said.

Greek coalition government spokeswoman Sofia Voultepsi, reiterated today (11 August) that Greek farmers would receive compensation for their losses but made clear that Athens would not change its foreign policy alliances under pressure from its farmers.

“Peaches and nectarines will be compensated; Greek farmers will not be affected by the foreign policy of the European Union”, she said, adding that it would be “ridiculous” for Athens to take “unilateral actions” with Russia, especially as the country’s European partners “are holding our loans and this is something Russian are aware of”.

Comparing the Crimean issue with the occupied territories in Cyprus by Turkey, she underlined that such a model of “secession” would irreparably undermine the position of Greece in Cyprus, setting a precedent for the loss of Northern Cyprus.

“What shall we say then? We gave half of Cyprus but we saved the peaches”, she wondered aloud.

MEPs of the Greek communist party sent a letter to the European Commission blaming the EU for the current deadlock. “The Greek Government has great responsibilities because it supported even during the Presidency of the EU, the imperialist intervention in Ukraine having as main criterion the penetration of European and American monopolies in the region”, the letter says.