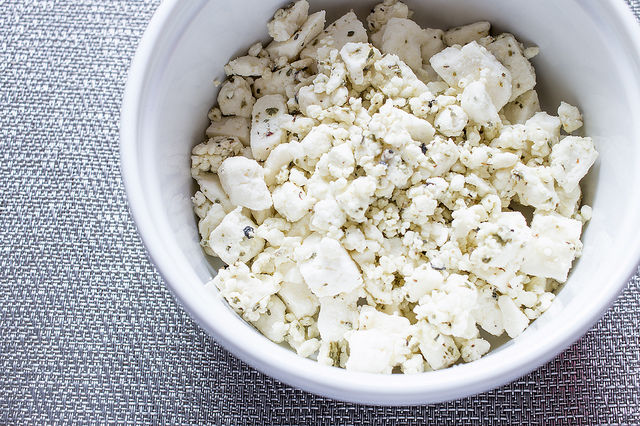 For Greece, feta cheese and Samos wine have been wrongly marketed as “feta” and “Samos”, written in Chinese. [PRODennis Amith /Flickr]

A Greek minister has warned China to cancel fake trademarks of two Greek products including feta cheese in order for a future deal with Brussels on geographical indications to move on.

Brussels and Beijing agreed in June to publish a list of 200 geographical indications (GIs) – 100 from each side – that would be protected under an agreement to be signed later this year.

However, according to a document from the Greek ministry of economy and growth, Italy, Spain, France, Greece, Portugal, Germany, Hungary and Romania agreed to jointly file a lawsuit – to share the financial burden of the Chinese courts – against Beijing over 25 trademarks which are homonymous with EU geographical indications.

GIs, food products with a certified geographic origin, are a central part of the EU’s food quality schemes, offering consumers certainty over the authenticity and quality of their food, while allowing producers to command higher prices.

A European Commission spokesperson recently told EURACTIV, “The Commission is confident that the future agreement will bring significant benefits to European GI producers”.

“Even where there are existing trademarks, European GIs can still be protected in China because China, like the EU, allows coexistence between an earlier trademark and a later GI.”

However, the official stressed that the EU executive had no objection to European GI producers seeking the cancellation of counterfeit trademarks in China “as part of a normal procedure under trademark law”.

For Greece, feta cheese and Samos wine have been wrongly marketed as “feta” and “Samos”, written in Chinese.

“If these registrations are not rejected by the court, the Chinese holders will have the right to either produce these products for the domestic market or import homonymous counterfeit products from all over the world,” the government document warned.

Speaking at the Greece-China Joint Ministerial Committee on Wednesday (20 September), Deputy Minister of Rural Development and Food Vasilis Kokkalis told the Chinese that the two products are of “crucial importance” for the conclusion of the negotiations between the European Union and China.

The Greek minister emphasised the importance of feta for the Greek economy, claiming that it supports the lives of thousands of families.

Feta cheese is considered the “white gold” of Greece’s economy. The country produces around 120,000 tonnes of feta every year, while the total domestic production of sheep and goat milk is about 1,100,000 tonnes.

The Greek minister pointed out that these two fake Chinese trademarks are an “insurmountable obstacle” for the effective protection of both Greek products.

He noted that there are extremely adverse consequences for Greek producers and exporters as well as Chinese consumers, who are entitled to make choices “on the basis of sound information and guarantees of quality and origin of products, to enjoy genuine food products”.

“The Chinese side should take all necessary administrative measures to cancel these trademarks, given the long tradition and respect of your country in traditional food products, which are known worldwide,” the Greek minister concluded.