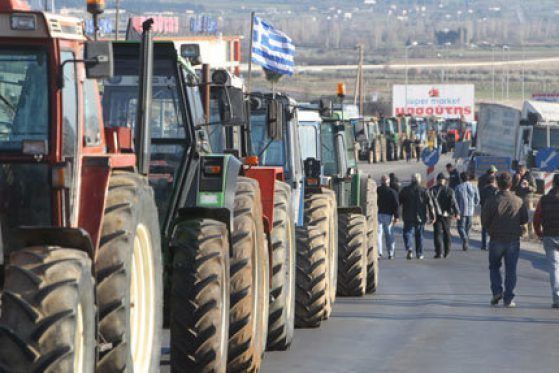 The queue of trucks on the Bulgarian side at Kulata was reported to be 5 kilometres long today. The previous day it was 15 kilometres long, but was reduced, because traffic was allowed for a few hours overnight.

Drivers who managed to enter Bulgaria from Greece said they spent 16 hours waiting to cross the border.

This is not the first time that Greek farmers have blocked the Bulgarian border, making the journey unpredictable for many travelers. Many Bulgarians enjoy going on holidays in Greece, as the distance from the capital, Sofia, to the Aegean Sea is shorter than to the Black Sea.

Bulgarian Prime Minister Boyko Borissov is reported to have spoken to his Greek counterpart, asking him to enable traffic resumption, despite the protest. The Bulgarian authorities also said they will ask the European Commission to intervene.

In fact, the Greek protests have nothing to do with Bulgaria, and the authorities in Sofia feel taken hostage by them.

The Syriza-led government is struggling to pass reforms through parliament agreed to with the international creditors last July. It also wants to speed up the completion of the international aid package’s first review, in order to start the negotiations on the country’s public debt.

However, reforming the ailing pension system, which has irritated the farming sector among others, appears to be a “hot potato” for Tsipras.

Greek farmers have issued an ultimatum to the leftist-Syriza government until Sunday (7 February) to form a cross-party committee which will rescind the pension reforms and focus on their demands “from scratch”.

If the Tsipras government does not satisfy their demand, farmers have threatened to blockade the whole country.