EU Commissioner Phil Hogan: "This decision by the Greek government to embrace these possibilities is a very exciting one and I particularly welcome the collaboration of government ministries, academia and farmers in an approach which can only deliver a win-win outcome for all stakeholders." [Shutterstock]

Following the exit from the 8-year bailout in August, the leftist Syriza-led government is exploring ways to stabilise the economy and give it a steady pro-growth push.

A survey recently conducted by the Greek National Bank found that if the country improved standardisation and business operations in the agri-food sector, the additional benefit to the economy would be €12.2 billion and would create 200,000 new jobs.

The “digital transformation of Greek agriculture” project is the first national digital agriculture infrastructure in Europe and is developed by the Ministry of Digital Policy, Telecommunications and Media, in collaboration with the Ministry of Agriculture, based on precision farming technologies.

According to the new delivery model of the post-2020 Common Agricultural Policy (CAP), EU member states will have to come up with their own national strategies adjusted to their different needs.

EU Agriculture Commissioner Phil Hogan recently told EURACTIV Romania that from now on, member states and not the European Commission will direct the precise support and funding for innovation and digitisation of farming.

“The digital transformation of the agricultural sector is a one-way street in which we must work altogether: the state, the academic community, rural businesses, cooperatives, agricultural advisers and, first of all, farmers, both young and old, in order to create the country’s agricultural growth prospects towards in the post-2020 CAP,” Stelios Rallis, Secretary General for Digital Policy at the Ministry of Digital Policy, told EURACTIV.com.

The Internet of Things (IoT), Space and Big Data technologies will be at the core of the strategy, while the data will belong to the state.

Speaking at a conference in Athens organised by Gaia Epixeirein, a group which brings together farmers, the IT and banking sector, Rallis explained that the agricultural data gathered on the platform belonged to the Greek State and would be open to all stakeholders.

“Apart from farmers, access to the platform and its data will also have research and academic centres. In this way, the platform will provide the basis for encouraging innovation and creating new applications and software in areas such as the food industry and the environment,” Rallis said. 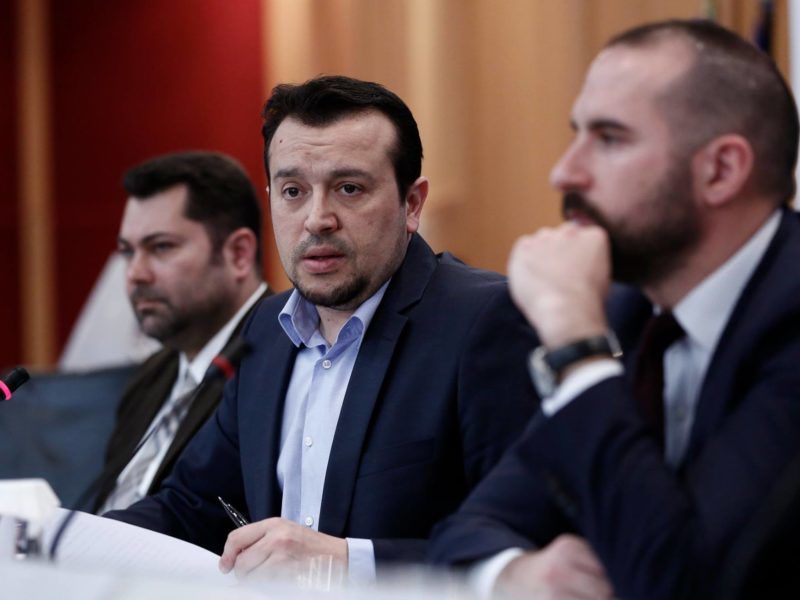 How it will work

The project is designed to cover, initially, half of the arable land in Greece, about 15 million acres and 20 of the country’s most exported crops, including cotton, grain, rice, cotton, olive, vines and citrus.

The platform will gather data from existing meteorological stations of the National Meteorological Service, the Earth observation satellite systems of the Copernicus program and from the 6,500 earth stations that will be installed in the 13 regions of the country in three phases.

“With the help of 6,500 earth stations, data collection and mobile telephony networks, data related to agricultural production, such as on temperature, air, soil, and water, are collected and transmitted to the platform,” the Greek official said.

The data will then be classified into a data warehouse in cloud infrastructures where they will be processed in order to provide tailored services to meet the needs of each producer.

“Farmers will be receiving, via a SMS and not necessarily to a smartphone, warnings for extreme weather events and in the second year, personalised information on the irrigation, fertilisation and plant protection of the crops,” Rallis noted.

Farmers will also have access to electronic applications that will allow them to digitise crop data, such as when and how much water was used, and the timing and volume of rainfall.

The government also wants to engage the academic community in this digitisation effort, focusing on the future of agronomists.

For this reason, the digital policy ministry signed a Memorandum of Understanding with the Agricultural University of Athens, which provides for the training of agronomists in new technologies and in particular on agricultural data collection and processing platforms. 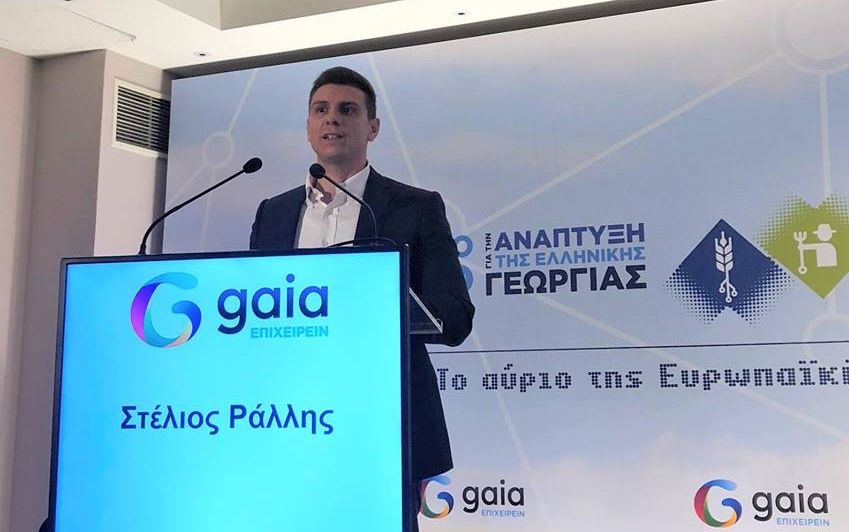 Stelios Rallis: “The digital transformation of the agricultural sector is a one-way street in which we must work altogether.” [Facebook]

The EU executive seems to be satisfied with the Greek government’s plan and describes its  approach as a “win-win” situation for all.

“This decision by the Greek government to embrace these possibilities is a very exciting one and I particularly welcome the collaboration of government ministries, academia and farmers in an approach which can only deliver a win-win outcome for all stakeholders,” Hogan added.

Contacted by EURACTIV, EU farmers’ union Copa-Cogeca said it was supportive of all initiatives aiming at setting up a baseline that could empower all farmers and give them the possibility to choose among precision technologies and technics that better fits their business model.

“The strategy considered by the Greek government is in line with our general approach at EU level, where Copa and Cogeca have been advocating for a wider EU digital strategy for farming bringing together all relevant EU policies, putting farmers in the centre of all decisions when it comes to precision farming practices,” Copa Cogeca said in an emailed response.

In 2016 Greece deployed for the first time its National Digital Strategy 2016-2021 in close cooperation with the European Commission. The National Digital Strategy (NDS) serves as a roadmap to support the country's digital development. It puts forward a vision and specifies areas in need of intervention where improvement efforts should be focused, so that Greece may join the European digital map by 2021.

In particular, the NDS focuses on seven areas of intervention with specific priorities in each area. One of the areas is the “Promotion of the ICT industry in order to develop digital economy and employment”. The project “Digital transformation of Greek agriculture” is one of the priorities set in reference to this area. The total budget of the project amounts to 33,5 million Euros.

The Secretariat General for Digital Policy is responsible for the policy-making, design and overall coordination and monitoring of implementation of the ICT investments in Greece. The Secretariat was setup in 2016 and is part of the Ministry of Digital Policy, Telecommunications and Media.