Greening the CAP or greenwashing? 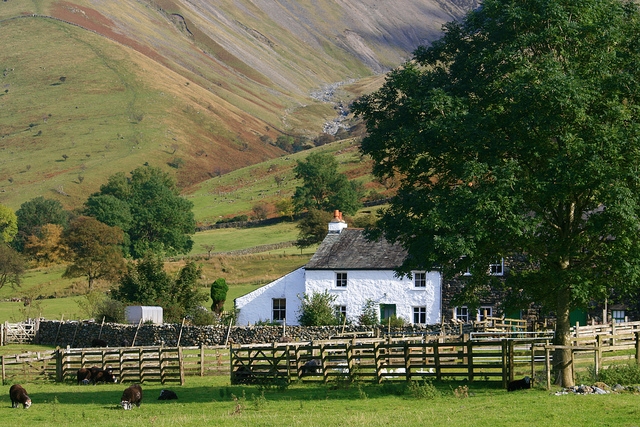 A hill farm in the North of England. [Akuppa John Wigham/Flickr]

The flexibility the Common Agricultural Policy gives to member states has in some cases led to reduced environmental spending, leaving the EU’s flagship agricultural policy no greener than it was in 2014. Our partner Journal de l’Environnement reports.

“Greening” is the watchword of the Common Agricultural Policy (CAP) for 2014-2020. After publishing highly critical studies on the first pillar of the CAP in late 2015 (direct payments to farmers, subsidising of agricultural production), the NGOs European Environmental Bureau (EEB) and BirdLife Europe have now turned their attention to the second pillar (rural development).

According to the NGOs, this pillar may be even less green than it was under the previous CAP, from 2007-2013. Based on their calculations, 44% of the funds for the second pillar of the 2014-2020 CAP (around 20% of the total CAP budget) are dedicated to measures encouraging biodiversity.

Yet nearly a third of these rural development subsidies, which come with no environmental or management requirements attached, go to areas of natural constraints (including mountainous regions), where they serve only to fund the intensification of agricultural practices, the NGOs stated in their study published on 8 February.

Of the 19 member states and regions of the EU analysed in the study, 14 had cut their financing for environmental measures under the second pillar of the CAP. “The quality of the measures was overstated in 79% of the cases” looked at by the report’s authors. Less than 17% of the EU’s agricultural land is subject to measures that contribute significantly to biodiversity.

And according to the NGOs, the environmental indicators are not encouraging. “Once-common farmland birds have decreased by 53% since 1980, and the European Environment Agency reports that over 80% of grasslands are in an unfavourable condition.”

Contacted by the Journal de l’Environnement, Faustine Bas-Defossez, the EEB’s head of agricultural policy, said, “The negotiations were monopolised by certain actors: the Agriculture committee in the European Parliament, despite the fact that the Environment committee should have played a more important role, and the Agriculture Council in the Council of the UE.”

For Bas-Defossez, the new CAP’s green credentials “are not coherent with European environmental law”. The conditions of the first pillar are a prime example. “The negotiations ended up with the withdrawal of the Pesticides Directive and the Water Framework Directive,” she added.

As a result, “the CAP dismantles the ‘pollutor pays’ principle in favour of a ‘pollutor gets paid’ principle”.

For the environmental NGOs it is no surprise that the second pillar has turned out to be equally shaky: the ecological foundations of the first pillar, which was supposed to support it, were no more stable.

Of the three “greening” measures, the areas of high ecological interest, which are supposed to cover at least 5% of farms over 15 hectares, exist only in name: due to the flexibility offered by member states, none of the farms concerned has yet decided to ban the use of pesticides in these areas.

Some French farmers have even included maize monocultures in these areas, which are also entitled to “green payments”.