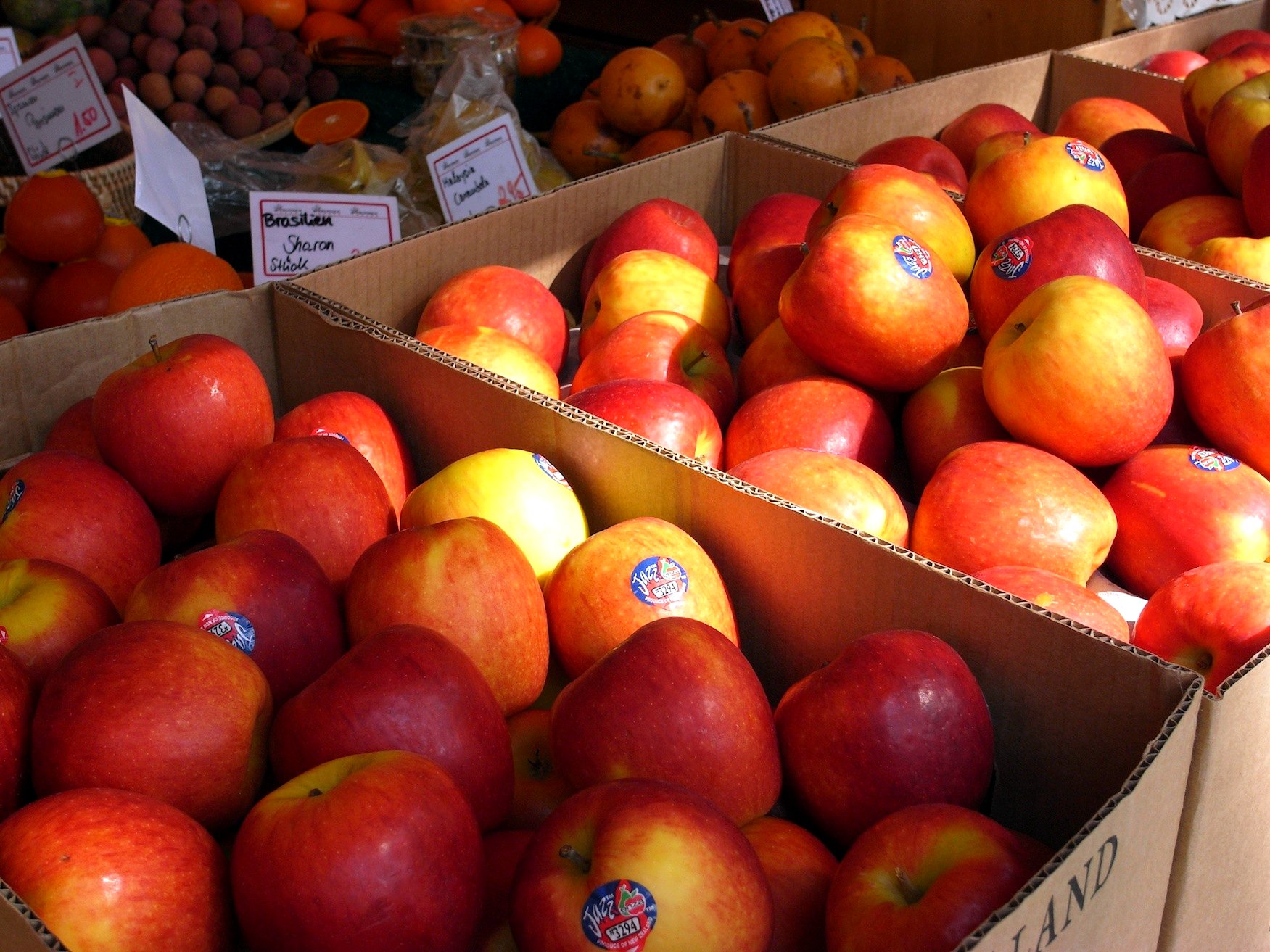 The traces of pesticides found were all below the maximum threshold, but Greenpeace is still concerned. [momo/Flickr]

An extensive investigation by the environmental organisation Greenpeace of apples in European supermarkets found no evidence that pesticide thresholds had been exceeded, but that 60% of German apples contain traces of pesticide-cocktails, comprising two to eight separate ingredients.

In all 126 samples from 11 different countries, all the values collated were below the maximum limit. However, 91% of conventionally-farmed apples had traces of pesticides or degradation products associated with pesticide-use. Only organically-grown apples were free of pesticide residue.

According to Greenpeace, the pesticide traces are still problematic due to their harmful effect on the environment, as well as potential, yet not conclusively confirmed, risk to people’s health. In many cases, a “clear and comprehensive” analysis of risk potentials was made impossible due to data gaps and uncertainties.

The German crop protection association (Agrar-IVA) strongly criticised the Greenpeace study. It accused the environmental organisation of clouding the positive results of its own investigation by mentioning “pesticide cocktails”. Additionally, information surrounding organic apples is misleading, because even those growers need to use pyrethin, sulphur and copper compounds to protect their crop. “In this case, Greenpeace is bordering on consumer deception,” the IVA stated.

In Germany, Greenpeace examined 39 apple samples from seven different chains, of which six were organically-produced. These were all completely free of pesticide residue. Of the 33 other samples, four were pesticide-free and the others were found to have traces of the chemical compounds.

Greenpeace called for supermarkets to work more with producers to reduce the use of pesticides in agriculture. The abundant pesticide use in conventional apple-production, combined with existing knowledge gaps, is “cause for serious concern”. The organisation did stress that the traces found in their sampling offered no acute danger for consumers, as the concentrations they were found in were too low.

According to the study, the types of pesticide detected in German apples are toxic to bees and aquatic life, as well as having long half-lives, meaning they remain in the environment long after their use. Some of them would additionally be classified as “probably carcinogenic, neurotoxic or harmful for reproduction and development,” Greenpeace added. All are legally permitted.

For its study, Greenpeace bought dessert apples, at its own expense, between 24 August and 17 September from different supermarkets and sent them to a laboratory in Germany for tests.