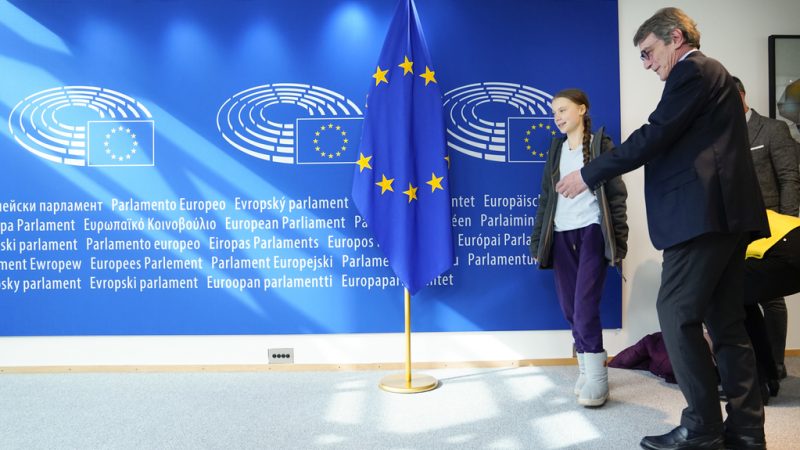 Intervening in a press conference after a call with Timmermans, leading activist Greta Thunberg said that they now do not expect the European Commission to withdraw the CAP, as their best ally clarified he would not have enough support for that. [EP/LELARDIC]

Young climate activists trying to halt the reform of the EU’s farming subsidies programme will turn their focus back to the European Parliament after their best ally, the Commission vice-president Frans Timmermans, made clear his hands are tied on this dossier.

Campaigners of the #WithdrawtheCAP movement held on Monday (17 May) their third meeting with Timmermans since the start of the interinstitutional negotiations on the EU’s Common Agricultural Policy (CAP).

According to the activists, the CAP negotiators are not giving the climate crisis proper treatment in the ongoing talks, and are instead forging a reform of the EU programme that will not be aligned with the Paris Agreement.

Back in November, the Dutch Commissioner hinted at the possibility of halting the CAP talks and withdrawing the Commission’s proposal if the negotiations stepped away from the main goals of safeguarding the European Green Deal, the EU’s flagship environmental policy.

However, Timmermans told the activists in Monday’s meeting that although he shares their main concerns, he cannot act unilaterally and scrap the CAP as requested.

“I find this to be a very contradictory statement,” said Finland-based campaigner Sommer Ackerman, adding that Timmermans justified his stance by saying people are not ready for a CAP withdrawal.

Asked by EURACTIV if this could end their privileged channel of communication with Timmermans, the activists say that they will remain in touch in the future despite the fact “they agree to disagree this time.”

“We did not really break up with Timmermans because we weren’t together at all,” said the Italian activist Martina Comparelli.

For her, meeting activists should not be an extraordinary event but rather a normal day-to-day activity.

“He has been more sympathetic than others, but we don’t need sympathy. We need actions,” she said.

Focus is on the Parliament

Intervening in a press conference after the virtual meeting with Timmermans, leading activist Greta Thunberg said they now do not expect the EU executive to withdraw the CAP, as their best Commission ally clarified he would not have enough support for that.

This will lead to a change of tack for the activists, who will now focus on EU lawmakers and urge them to vote down the CAP in the plenary once the interinstitutional negotiations are over.

Activist Maximilian Herzog explained that the next steps of the #WithdrawtheCAP campaign will be to address MEPs, in particular, the socialists (S&D) – as they have been already divided on the matter in November – and liberals (Renew Europe).

“Conservatives (ECR) are a lost cause, so we should not use too many resources or not at all to try to flip them,” he added.

At the same time, the young activists will increase their efforts in raising awareness about the CAP by engaging more with civil society.

“We know that the changes will not come from inside, from negotiations with politicians discussing these things. The changes will come when there is enough public opinion and people are aware and are pushing for change,” said Thunberg.

Asked what kind of agricultural policy they foresee for the future, the activists see more place for rural development funds, the so-called second pillar of CAP, and less for direct payments.

“There are much more practices and policies that need to be fixed, but of course, the second pillar would be the first step to start with,” said Italian activist Comparelli.

Activists have also considered starting a legal action on the matter along the lines of what happened in Germany, where the Fridays for Future movement and other youth activists have filed a lawsuit against the national Climate protection law.

At the end of April, Germany’s Constitutional Court ruled that the law was partially unconstitutional as it harms intergenerational justice by shifting the burden of its implementation to future generations.

This was considered a victory for the young activists, but they reckon it would be tough to replicate the similar success with the CAP file.

“We do not rule out the possibility of taking legal action. But let’s be real, the main problem is that we do not have the laws to protect present and future living conditions,” said Thunberg, referring to the fact that the current legal system does not back such claims.

Other activists added that they are not going to file a lawsuit on CAP because it would take too much time and resources, which makes the option not worthy for the time being. 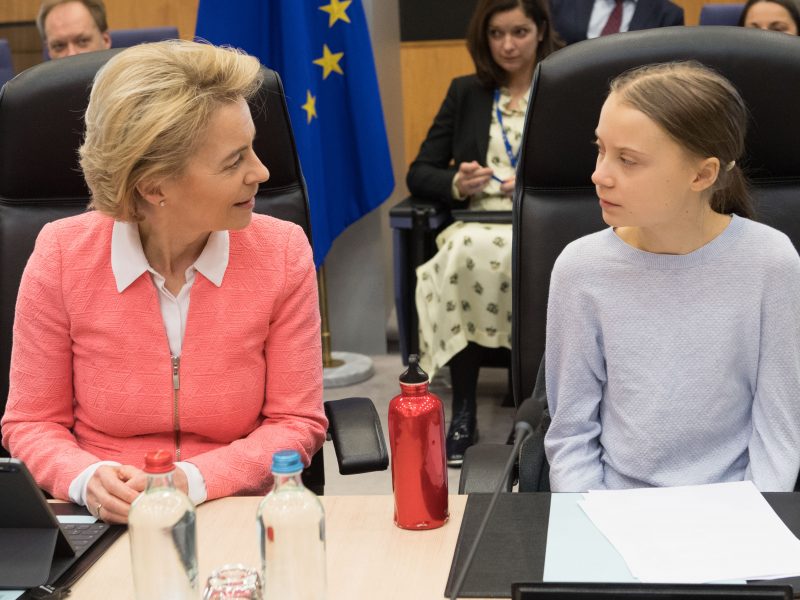 In a virtual meeting with the Commission executive vice president Frans Timmermans, a group of young climate activists headed by Greta Thunberg reiterated their harsh criticism of the proposed reform of the EU’s farming subsidies programme, saying there was no more time for “small steps in the right direction”.