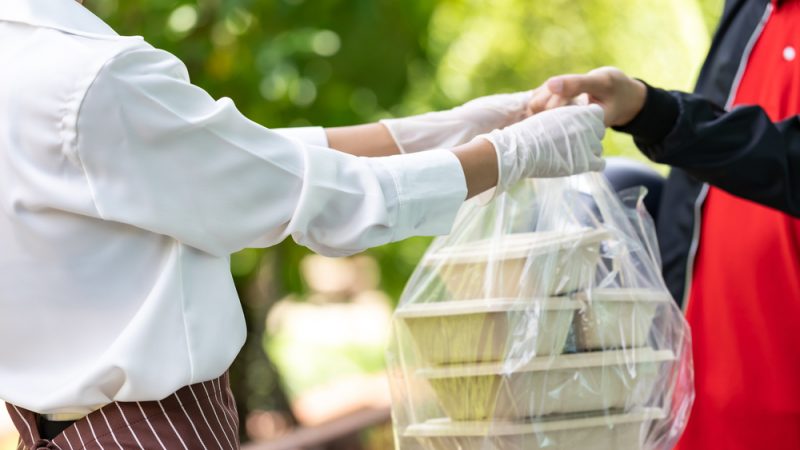 Scientific studies have associated exposure to a number of PFAS with severe adverse health effects, including cancer, and impacts on the immune, reproductive and hormone systems. [SHUTTERSTOCK]

The study, which was carried out by Czech NGO Arnika, together with the Health and Environment Alliance (HEAL), CHEM Trust, and six other European NGOs, found that PFAS (per- and polyfluoroalkyl substances) continue to be widely used in disposable food packaging and tableware in Europe.

In total, 38 out of the 99 samples (38%) collected from takeaways, supermarkets and e-shops in 6 European countries are suspected to have been treated with PFAS chemicals for oil repellency.

These so-called “forever chemicals” are extremely persistent, as they do not readily decompose.

This leads to the contamination of drinking water, soil or air, where they are thought to accumulate in the environment and, subsequently, the food chain.

Scientific studies have associated exposure to a number of PFAS with severe adverse health effects, including cancer, and impacts on the immune, reproductive, and hormone systems.

The study authors also point out that studies have indicated that PFAS can migrate from the packaging into the food, adding to the overall PFAS exposure of the general population.

“It is high time for the EU to act [to] immediately and permanently ban the entire class of PFAS in food packaging, to protect the consumers in the first place,” stressed Jitka Strakova, the main author of the study and Arnika / International Pollutants Elimination Network (IPEN) science advisor.

The study points out that alternatives to PFAS-treated take-away packaging exist and are available on the market, including disposable paper and board packaging.

“It is clearly not essential to use highly toxic and persistent chemicals, posing such a serious health and environmental risk, in throw-away food packaging, especially when there are safer alternatives,” she said.

Natacha Cingotti, health and chemicals lead at HEAL, concurred, adding that when Europe’s stated objective is zero pollution for a non-toxic environment, we “cannot accept that food packaging disposed of within a matter of minutes is treated with chemicals that persist and accumulate in the environment and are increasingly being associated with severe health impacts”.

“The large European PFAS restriction under development is a once-in-a-century opportunity to address such uses and work towards phasing out the production and uses of PFAS, wherever they are unnecessary and it is possible,” she said.

Highlighting the importance of the role of regulation in reducing exposure to PFAS, the study’s authors point out that where regulation has been put in place, it has “effectively incentivised” companies to move away from using PFAS compounds.

Citing the example of Denmark, where the use of PFAS chemicals in paper and board food packaging has been banned since July 2020, the study found that none of the sampled McDonald’s French fries bags bought in Denmark exhibited PFAS treatment.

In comparison, intentional PFAS treatment was found for the same items bought in the Czech Republic and the UK.

“This shows that legislation can and does protect people from exposure to harmful chemicals. It also highlights that the lack of EU-wide harmonised regulations for food contact materials results in different levels of protection across countries,” the study’s authors concluded.

Contacted by EURACTIV, an EU official said that the European Commission has committed to banning all non-essential uses of PFAS for environmental concerns in the EU’s new chemical strategy.

They added that food packaging is included in the ongoing work for a broad restriction on non-essential uses of PFAS under REACH that is being prepared by five national authorities.

Although the European Food Safety Authority’s opinion of PFAS in food does not indicate a significant contribution from Food Contact Materials to PFAS, the Commission will also “ensure that the most hazardous substances are prioritised in its revision of the food contact materials (FCM) legislation”, as stated in the roadmap published in December 2020, “including where necessary any PFAS substances,” the official said.

The official added that the Commission will ensure coherence with REACH as part of the revision of the FCM legislation, where restrictions on certain PFAS have already been introduced and where further restrictions are planned.

Contacted by EURACTIV, a FoodDrinkEurope spokesperson said that the safety of food products is the “number one priority for our members”.

“The European food and drink industry complies with European legislation which requires all risks are assessed before substances can be used in food contact materials,” they said, adding that the industry will “act in accordance with any further risk management decision if the authorities deem it necessary based on new evidence if or when it emerges”. 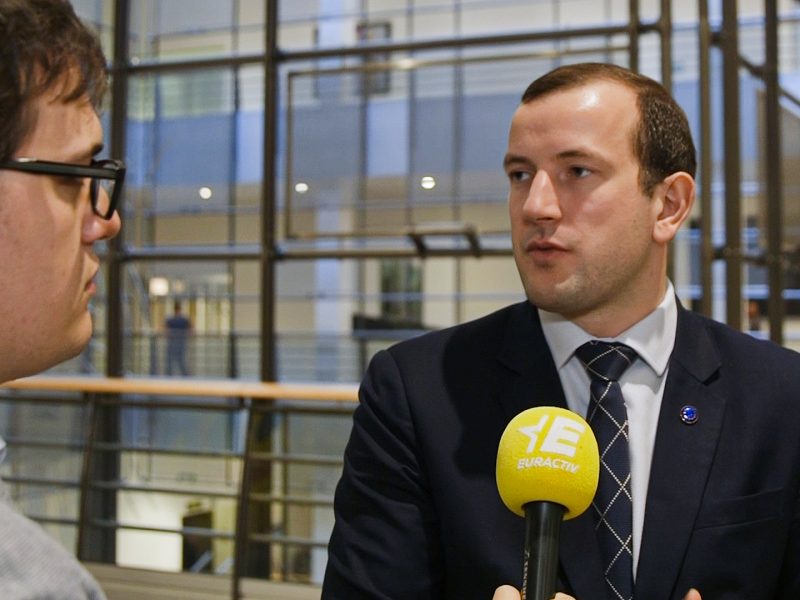 The inclusion of per- and poly-fluoroalkyl substances (PFAS) into the EU’s Drinking Water Directive was a step forward that showed the EU’s commitment to address these chemicals, Environment Commissioner Virginijus Sinkevičius told EURACTIV.