Phil Hogan: "From 2020, no matter what the overall size of the CAP budget, we expect to see the money spent in a smarter, more effective way." [Shutterstock]

This article is part of our special report Economic viability in the next CAP.

Hogan insisted that there is also a need to incentivise young people to enter the sector, as well as highlighting the role of a proposed EU platform on risk management tools to raise awareness among farmers.

Faced with price volatility and climate change, which has a direct effect on production, EU farmers are calling for a stable post-2020 Common Agricultural Policy (CAP) encouraging investments and stabilising their income.

The European Commission and the member states are currently discussing the post-2020 CAP based on a communication, which suggests further simplification by granting EU countries “more room” to address their specific conditions.

It is still unknown what the next Multiannual Financial Framework (MFF) will look like or what share will be allocated to the CAP.

“But in any case, we are already working on new legislative proposals that will make the CAP more focused on real results, no matter what the final budget is,” Hogan said.

The Commissioner’s goal is to set strong, clear objectives for the policy at the EU level – on, for example, making sure agriculture plays a more ambitious role in tackling climate change.

“But the new CAP will give member states far more flexibility in deciding how they wish to reach those targets within their own specific circumstances. So for the first time, each member state will have to agree on a CAP plan for how it plans to ensure support for farmers and rural communities using its CAP funding, tailored to its own needs.”

For Hogan, this is one clear reason why farmers should be confident about the future: “We have listened to their concerns – that the CAP was too bureaucratic, too focused on compliance with the rules rather than getting results – and we are addressing them directly.

“From 2020, no matter what the overall size of the CAP budget, we expect to see the money spent in a smarter, more effective way.”

The second reason according to the EU agriculture chief is the real technological breakthrough.

“Technology has advanced so rapidly even since the last round of CAP reforms came into force in 2013 that we can already see many advantages for European farmers, and our new proposals will take that into account.

“We want to make it easier for investment in innovation and research into new technologies that can save time and money for farmers in the field, from machines that can test whether grapes are ripe to automatic harvesters and sensors that can precisely regulate doses of water or any other inputs.”

Hogan also explained that national authorities can benefit from current technologies as well, like Copernicus.

The official data collected by the Copernicus Sentinel satellites are provided for free once per week across the EU.

“Take satellite imagery, for example, which is already available through the EU’s Copernicus programme free of charge and for multiple uses. We can use this not only to reduce the need for on-site visits to ensure that crops are being rotated in line with environmental rules but also to verify the land that is farmed (and for which the farmer, therefore, receives direct income support).”

The European Union spends approximately 40% of its budget on agriculture subsidies but the money does not always go where it should. In May 2017, the European Court of Auditors highlighted the need to improve agriculture spending.

“This same imagery can also of course be used by farmers to better inform their decisions on planting, harvesting etc., all through a free, easy-to-use smartphone app,” Hogan added.

Some member states, like Greece, have already expressed their interest in taking advantage of the full potential of Copernicus to boost smart farming.

But the slow advancement of broadband infrastructure across the EU is blocking the introduction of new technologies in the farming sector, according to EU farmers.

Regarding the third reason, Hogan said the new CAP will have a clear focus on improving the standard of living for farmers and rural communities in many different aspects.

It seems that the new CAP will have a particular place for young farmers, who push for a generational renewal in the sector.

“To encourage young farmers to enter the profession, for example, we want to provide more financial incentives, improve access to both land and investments and make it easier for land to be transferred between generations,” Hogan explained.

In an effort to boost much-needed jobs and growth in the profession, the Commission will focus on key sectors with high potential such as the bioeconomy.

“We will ensure a far greater coordination of (and access to) the many different forms of EU funding – not just the CAP – available for farmers and rural areas. Good ideas should not get bogged down or scrapped entirely simply because nobody knows where to go for help or investment,” Hogan said, adding that there will be a clear focus on exploiting the digital single market – not just in terms of the technological revolution on the farm but in the wider rural area as well. 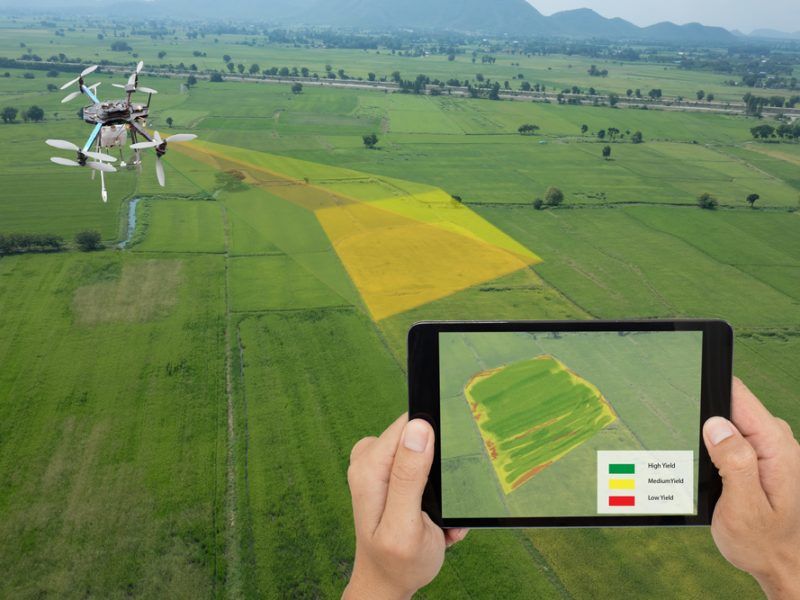 In its communication, the EU executive admitted there was a lack of awareness and knowledge about the current risk management tools that can be used by the farmers.

For this reason, the Commission wants to set up a permanent EU-level platform on risk management aiming to boost an exchange of experiences and best practices from the different interested parties such as farmers, public authorities and stakeholders.

Hogan said farming had always been a profession with risks and it will never be entirely risk-free.

“But we also have a far wider range of tools available to manage that risk, and we want to make it easier for farmers to access and exploit those tools.”

“Although there are already a number of solutions for farmers to better manage the risks associated with their job, they are not well known and often limited to specific member states.

“Setting up a platform at the EU level, giving access to all the available information and options to farmers across the EU, will clearly raise awareness of the tools already available and hopefully improve their take-up,” the Commissioner noted.

He explained that the idea, therefore, is to create a single ‘hub’ that not only helps farmers learn more about what tools are available but also allows them to exchange information, ideas and best practice with actors involved, such as public authorities, research institutes and private sector players such as insurance companies.

“The Commission will be involved, as appropriate, as a facilitator and will develop the platform as part of its web presence.”

But the EU executive does not want this to be just a website.

“Our aim is also to bring together within the platform expert groups, working panels, seminars and events that will look at specific risk management topics. The platform will also offer the possibility to gather together private or public initiatives on risk management at local level and relevant work in other policy fields, e.g. climate change adaptation, agro-meteorology, etc.”

“Where pertinent, the work of other European networks or groups, such as for example the European Network for Rural Development (ENRD)’s work on farm resilience and income stabilisation, will also be fed into the platform,” Hogan concluded.