Sources: "The fact that the responsible Commissioner [Vytenis Andriukaitis] is not having any concluding remarks at the end of the meeting suggests that the Commission still mulls a stronger engagement and continues to be reluctant to take a leading role." [IAEA Imagebank/Flickr]

The biotech industry has urged the European Commission to “show leadership and positive commitment” to plant breeding innovation – which environmentalists and farmers largely oppose –  and to provide clarity on agricultural innovation in general.

The EU is often criticised for delaying the creation of a framework that will help biotechnologies flourish and take the continent a step forward in competition with the rest of the world.

The Commission is organising a conference on modern biotechnologies in agriculture on 28 September, with the aim of opening up the discussion about innovation-driven solutions in the field.

“Generally speaking, the Commission considers that a broad EU reflection on new breeding techniques and innovation in the seed sector and beyond is needed,” EU sources have recently told EURACTIV.

But the industry wants clarity and there is growing concern that the acceptance of biotechnology in Europe will be subject to further delays.

Discussions about the so-called new plant breeding techniques will take centre stage at the conference, but the industry and NGOs are divided over the issue.

For the agri-food industry, the plants resulting from the new breeding techniques should not be considered genetically modified because no foreign DNA is present in their genes. They argue that these genes may just as well have developed naturally through evolution.

To opponents, they are just another attempt at selling GMOs to Europeans through the back door.

The industry believes that the Commission’s desired “broader reflection” would initially need to focus on identified challenges for sustainable agriculture and food production.

“Obviously, this would require clearly identified criteria and science-based and measurable performance indicators,” sources told EURACTIV.com, adding that the debate in the EU should ideally move towards a pragmatic assessment of what an individual product or method can or cannot contribute to.

The same sources stressed that “simplistic anti-technology or anti-modernisation” approaches generally fail to acknowledge the negative consequences – such as economic and societal costs – of their desired policies.

“Where progress in science and methods allow us to achieve our objectives better and faster without posing new risks, embracing such progress in plant breeding and European farming should be a logical consequence,” Garlich von Essen, secretary-general of the European Seeds Association (ESA), emphasised.

The seeds industry says the scientific consensus on the latest plant breeding methods is very solid.

“There are very clear criteria to assess whether or not a specific method or product falls under specific regulatory provisions of the EU’s GM legislation[…] Many member states and third countries have confirmed this,” von Essen said, adding that it was high time the Commission showed leadership and positive commitment to plant breeding innovation.

For the industry, these findings should prompt the Commission to take action in the field.

“Where the latest breeding methods result in products that could also have developed naturally or by classical breeding, these should not be subject to additional regulations or restrictions,” industry sources explained.

Another industry source, who spoke on condition of anonymity, warned that there was a growing fear that the proclaimed “need for a wider reflection” is yet another attempt to avoid clear positioning and decision-making during this Commission’s term.

“The fact that the responsible Commissioner [Vytenis Andriukaitis] is not having any concluding remarks at the end of the meeting suggests that the Commission is still mulling a stronger engagement and continues to be reluctant to take a leading role,” the sources pointed out.

EuropaBio, the European Association for Bioindustries, recently published a report on progress on jobs and growth in anticipation of Commission President Jean-Claude Juncker’s State of the Union speech.

Referring to the report, Beat Späth, who is EuropaBio’s director of green biotechnology, said: “We point to achievable and in many instances non-legislative ways to reach positive results for biotech under this Commission’s remaining mandate.”

With regard to agricultural biotechnology specifically, Späth stressed that besides the de facto ban on GM cultivation, where Europe is out of step with its major trading partners, there is room for improvement in the existing GMO authorisation system.

“Straightforward administrative efficiencies such as an efficient implementation of the existing GMO authorisation system, avoiding undue delays in the risk assessment and the ‘comitology’ process would greatly help and be in line with President Juncker’s intent to put more emphasis on jobs and competitiveness,” the expert said.

On the upcoming biotechnology conference, Späth pointed out that it was a good opportunity to dispel many myths or misconceptions in plant breeding innovation.

“We hope that the Commission can ensure that there is a fair, inclusive and constructive discussion and, as a follow-on, help to provide the much-needed clarity so that both Europe and Europe’s innovative industry can thrive,” he noted. 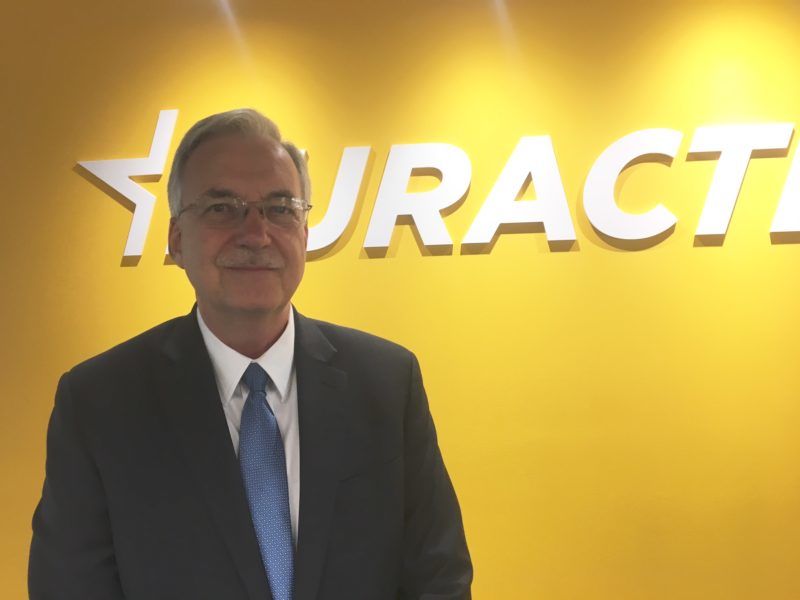 However, environmentalist NGOs do not share the industry’s views.

Ramona Duminicioiu, a peasant farmer and member of the European Coordination Via Campesina, finds the conference a good occasion to understand the potential impact on EU farming of these “new GMOs labelled by the industry as new breeding techniques”.

“This attempt by the biotech industry to introduce new GMOs constitutes an attack on peasants’ rights and the right to food. Try to imagine if these new GMOs were not labelled. It would be impossible to develop GM-free and organic sectors and would have a dramatic impact on European farmers’ autonomy,” the Romanian farmer told EURACTIV.

Duminicioiu said that although the name has changed, the sanitary and environmental hazards stemming from new plant breeding techniques remain the same.

She stressed that the development of industrial farming, which is driven only by profits, should be limited.

“Our farmers are developing new and accessible technologies every day. On the opposite side, what the biotech industry is proposing nowadays with products derived from NBTs is to counter consumers’ massive rejection of GMOs, just renaming them in a different way. But for us the current legislation is clear and GMO regulation should be applied to all new GMOs,” she said.

Jan Plagge, Vice President for Policy of the EU organic farmers (IFOAM EU), commented: “The position of the organic movement is clear: all new genetic engineering techniques should be, without question, considered as techniques of genetic modification leading to GMOs and fall within the scope of the existing legislation on GMOs. There are no legal or technical reasons to exclude these techniques from risk assessment, prior authorisation and mandatory traceability and labelling, which apply to current GMOs.”

“Deregulation of new genetic engineering techniques would jeopardise the ability of the organic sector to remain GMO-free and would threaten the freedom of farmers and consumers not to use these new GMOs. The European Commission should guarantee that no product obtained through new genetic engineering techniques will be marketed before detection methods are available, and should fund EU research projects to develop these detection methods,” he added.