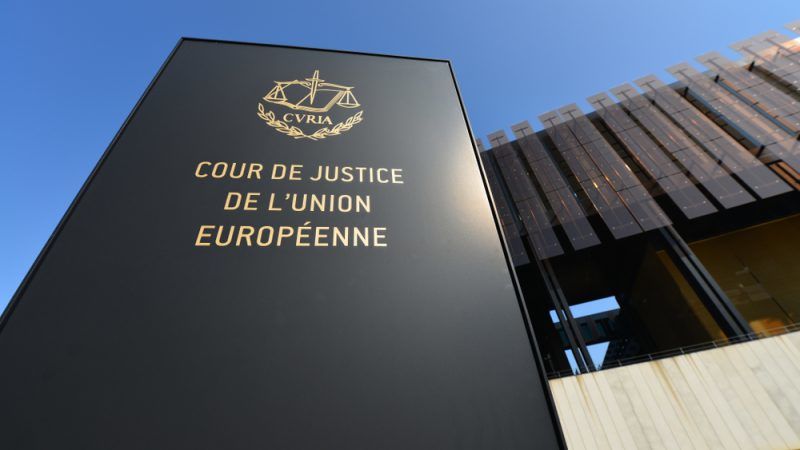 In 2016, France asked the ECJ to clarify whether a variety of herbicide-resistant rapeseed obtained through new plant breeding techniques (NPBTs) should follow the GMO approval process. [Shutterstock]

The European Court of Justice ruled on Wednesday (25 July) that organisms obtained by mutagenesis plant breeding technique are GMOs and should, in principle, fall under the GMO Directive, in a surprising move that went contrary to the Advocate-General’s non-binding opinion.

The decision shocked the industry, which described it as a severe blow to innovation in EU agriculture and warned about economic and environmental consequences.

“While we certainly need more time to carefully analyse the potential impact of the ruling, it is obvious that subjecting plants obtained through using the latest plant breeding methods to the GMO legislation of the EU will prohibit European consumers, producers, researchers, entrepreneurs from accessing the benefits of these innovations,” Máté said.

“As a global leader in the field of plant breeding innovation, including CRISPR-Cas, we are committed to bringing innovative and sustainable solutions to farmers through both conventional techniques as well as innovative techniques that can provide even greater quality, accuracy, and speed,” he added.

In 2016, France asked the ECJ to clarify whether a variety of herbicide-resistant rapeseed obtained through new plant breeding techniques (NPBTs) should follow the GMO approval process [See background].

“Organisms obtained by mutagenesis are GMOs within the meaning of the GMO Directive, in so far as the techniques and methods of mutagenesis alter the genetic material of an organism in a way that does not occur naturally,” the ECJ said in its ruling.

“It follows that those organisms come, in principle, within the scope of the GMO Directive and are subject to the obligations laid down by that directive,” it added.

Advocate General Michal Bobek issued his opinion in January, saying that organisms obtained by mutagenesis – the case which is under examination – are, in principle, exempt from the obligations in the GMO directive. In practice, ECJ usually follows the Advocate’s opinion.

The Court pointed out, though, that it is apparent from the GMO Directive that it does not apply to “organisms obtained by means of certain mutagenesis techniques, namely those which have conventionally been used in a number of applications and have a long safety record”.

The second part of the ruling refers to the new mutagenesis techniques, which are those that emerged since the adoption of the GM Directive.

“The Court considers that the risks linked to the use of these new mutagenesis techniques might prove to be similar to those that result from the production and release of a GMO through transgenesis,” the Court said.

On the contrary, it was warmly welcomed by environmental NGOs, who said the EU shut the door to “new GMOs”. They hailed the Court’s decision and called it a victory for consumers, farmers and the environment.

“But today’s ruling leaves no doubt: Products from gene editing are covered by the existing EU GMO rules,” she said.

Similarly, Bart Staes MEP [Greens/EFA]  noted that just because the industry has come up with new ways to modify organisms “does not mean that these techniques should be exempt from existing EU standards on GMOs.”

“Recent scientific studies show that these new techniques might not be as accurate as the industry claims them to be, that’s why it’s essential that they come under the same labelling requirements and impact assessments as existing GMOs,” he added.

A ‘setback’ with severe implications

For the European Academies Science Advisory Council (EASAC), a body representing the national science academies of all 28 EU member states, the decision represents a “setback for cutting-edge science and innovation in the EU”.

“EASAC reaffirms that breakthroughs in plant breeding technologies, such as genome editing, remain crucial for food and nutrition security globally. It remains to be seen what implications this decision may have outside of the EU, particularly in developing countries who stand to benefit most from crops that better withstand the devastating effects of climate change,” EASAC said.

EuropaBio’s Secretary General John Brennan warned that with the absence of improved legal clarity in this area, “Europe could miss out on significant benefits of certain applications of genome editing”.

“In addition to providing consumer and environmental benefits, such as enhanced nutrition, improved health or a more circular economy, innovations made possible by genome editing hold enormous promise to keep Europe at the forefront of socio-economic development, continuing to generate jobs and growth in the EU,” he said.

The European Seeds Association (ESA) focused on the fact that the Court’s decision is in contrast with the Opinion of Advocate General.

“It now seems that the Court’s decision subjects [almost all] plants obtained with these methods to the EU’s regular GMO legislation with its prohibitive costs and political uncertainty of final market approval,” ESA said in a statement.

“It is now likely that much of the potential of these innovative methods will be lost for Europe – with significant negative economic and environmental consequences. That strikes a serious blow to European agriculture and plant science”, commented Garlich von Essen, ESA Secretary-General.

Jan Plagge, the President of the EU organic movement (IFOAM EU), commented: “The confirmation by the European Court of Justice that new GMOs will be subject to traceability and labelling is good news for organic breeders, farmers and processors but also for all European producers and consumers as it brings clarity and will ensure the freedom to avoid such GM products and the protection of the environment from the potential risks of these new technologies.”

“The European Commission cannot delay action anymore and now has to ensure that the EU legal framework is properly enforced by Member States. The Commission should immediately launch a research project to develop detection methods that will complement the traceability system, to ensure an adequate segregation of these new GM plants and to prevent the contamination of organic and conventional GMO-free food and feed production in Europe”, said Eric Gall, Policy Manager at IFOAM EU.

Greenpeace EU food policy director Franziska Achterberg noted, “The Court makes it crystal clear that plants and animals derived from gene editing are subject to the same safety and labelling requirements as other GM organisms. These requirements exist to prevent harm and inform consumers about the food they eat.”

“Releasing these new GMOs into the environment without proper safety measures is illegal and irresponsible, particularly given that gene editing can lead to unintended side effects. The European Commission and European governments must now ensure that all new GMOs are fully tested and labelled, and that any field trials are brought under GMO rules,” she emphasised.

"The decision of the Court is historic", said Antonio Onorati, member of the European Coordination Via Campesina (ECVC). "Finally, we clearly know what the member states need to do on this matter: to enforce the law".

The European Commission has told EURACTIV.com that the executive’s legal interpretation is expected to facilitate harmonisation of EU member states’ approaches to new breeding techniques. “However, it is the sole prerogative of the European Court of Justice to provide a final and binding opinion on the interpretation of EU law.”