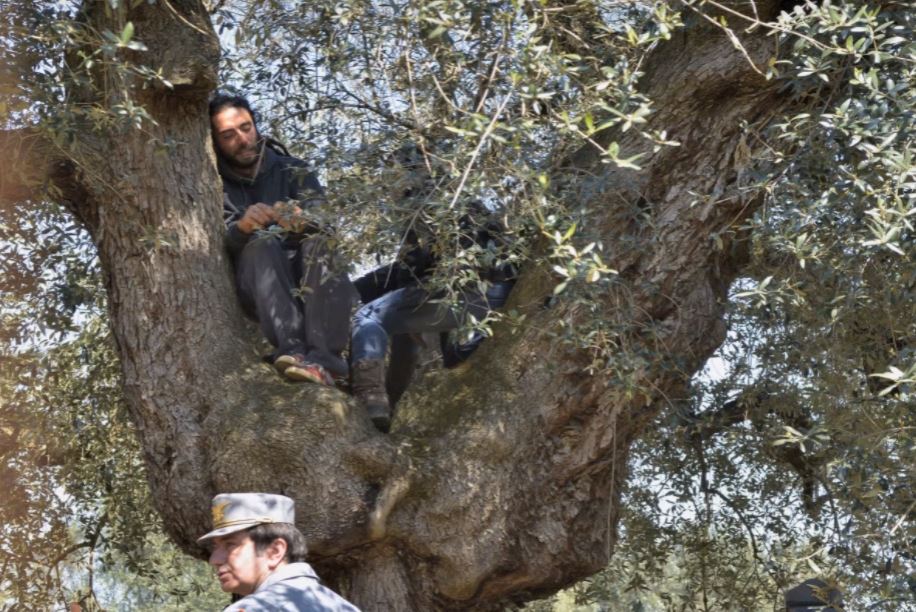 Protesters set up camp in an olive tree in an ultimately doomed attempt to save it from being culled. [wochit/YouTube]

According to the Luxembourg court, even the removal of healthy trees is permissible, if they are within 100 metres of a diseased tree, under the precautionary principle.

A statement read that “the measure is proportionate to the objective of protecting plant health in the European Union”.

Grapevines could now be removed from the list of plants that are subject to movement restrictions. EURACTIV Italy reports.

Felling and destroying healthy trees has been implemented by the European Commission in order to deal with the infection in the southern province of Lecce, which has been so hard hit by the Xylella bacterium that eradication of it is believed to no longer be possible.

It has been predicted that the region of Puglia, which Lecce forms a part of, could lose 10% of its 11 million olive trees, which form a vital part of the economy.

Local prosecutors, acting in part on behalf of local growers who stand to lose their entire livelihoods, managed to stop the felling of healthy trees last year. A decision was deferred to the ECJ, whose ruling yesterday (9 June) is likely to cause outrage in the southern region.

Coldiretti, Italy’s largest umbrella organisation of agricultural associations, denounced the ECJ’s ruling, likening the European executive to Pontius Pilate. The president of the group’s Puglia branch accused the EU of “washing its hands” of the problem and betraying local olive growers that have so far had to deal largely with the matter alone.

The bacterium was first observed in Italy in late 2013. It causes severe drying-out of the tree and is more often than not fatal to the tree. Xylella is very contagious and has already spread to the French island of Corsica and the southern coast, around Nice.