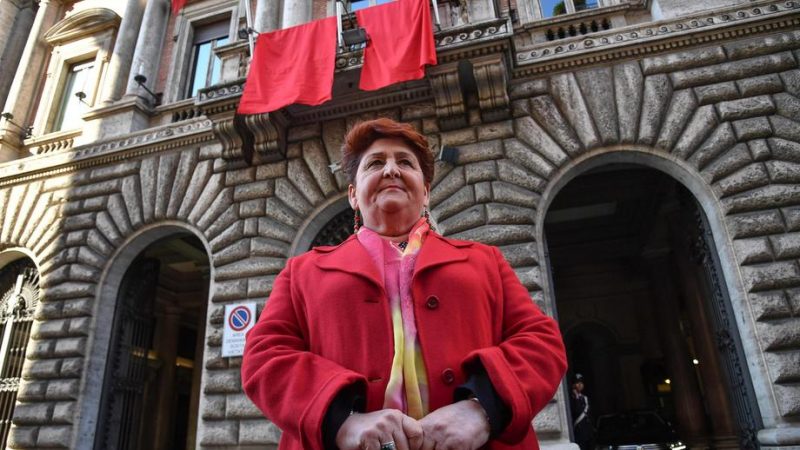 "The hardships the farming sector is going through is clear and we must do everything to loosen the grip that squeezes businesses and workers," said Italian Minister of Agriculture Teresa Bellanova. [EPA-EFE/DI MEO]

Italy’s agriculture minister Teresa Bellanova has asked the European Commission for a postponement of some of Common Agricultural Policy (CAP)’s administrative procedures to relieve Italian farmers stricken by the novel coronavirus (COVID-19) emergency.

In a letter sent to the European Commission on Monday (2 March), Italy is seeking to defer the deadline for CAP applications by one month and to extend some bureaucratic deadlines for direct payments to 15 October and for the rural development programme to 31 December.

Bellanova has also called for more time to implement the promotion and support programmes provided for in the Common organisation of agricultural markets (CMO). This ‘safety net’ for agriculture markets works through the use of market support tools, especially in time of crisis.

“The hardship the farming sector is going through is clear and we must do everything to loosen the grip that squeezes businesses and workers,” Bellanova wrote in the letter.

Italy’s demands to Brussels aim to prevent the efforts made over the years from being wasted, the letter continues.

For instance, postponing a public event due to COVID-19 concerns means that significant investments and work go up in smoke. “That’s a problem that must be absolutely tackled,” the minister stressed.

The implementation of EU programmes for the promotion of wine, fruit and vegetables, olive oil, fruit and milk in schools is at high risk too.

The request for postponing CAP deadlines was submitted after an analysis carried out by a special task force set up at the ministry of agriculture.

The analysis highlighted the main difficulties experienced by farmers in recent weeks, including logistics and transport to EU and third countries, as well as a stalemate in the implementation of support programmes of the CMO that penalise commercial activities with “heavy repercussions on the value of marketed production”.

It also emphasised the difficulty of managing rural development measures, which constitute CAP’s second pillar, saying that it has become challenging to carry out necessary checks required by the program for the farmers to receive subsidies.

Italy is the EU country worst hit by the COVID-19 outbreak, as confirmed cases topped 1,835, with 52 deaths.

The executive of Prime Minister Giuseppe Conte has taken measures to contain the rapid spread of the virus through the country, including closures of public offices and schools and the suspensions of public events.

In another letter sent to Commissioners Stella Kyriakides and Janusz Wojciechowski,  written together with Economic Development Minister Patuanelli, Bellanova asked them to take into account a mandatory food labelling of origin in the new EU food policy, the Farm to Fork strategy (F2F).

In a leak of the strategy obtained by EURACTIV, the Commission seems to consider origin indication for certain food products in its forthcoming new food labelling proposal.

Italy calls for a mandatory indication of the origin of the raw materials on front-of-pack labelling of all foodstuffs.

In the past, decisions on labelling have only been taken as a result of serious food scandals, the letter says, mentioning the improved information on meat after the scandal of Bovine Spongiform Encephalopathy (BSE), better known as mad cow disease.

“We do not believe it is right to wait for a new scandal, we can take courageous action in the direction demanded by citizens throughout Europe,” the two ministers wrote in the letter.

Together with other countries like France, Spain, Greece, Portugal, Lithuania, Romania and Finland, Italy is already testing an indication of origin for different types of products such as milk, cheese, processed meat, pasta, rice and tomato derivatives.

As citizens in those countries can already know where milk, wheat, rice or tomatoes used as ingredients come from, Italy askes to be able to continue these national experiments in the context of the new F2F strategy.