Italy to deploy a ‘samurai’ army against diehard stink bug 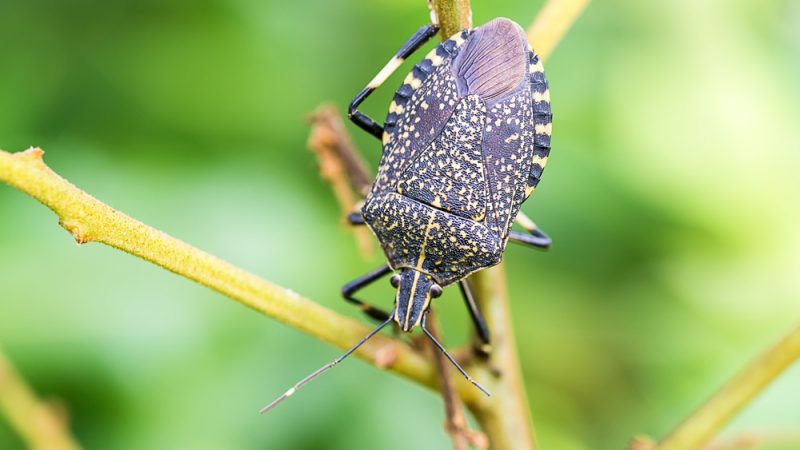 The brown marmorated stink bug is an invasive species of Asian origin accidentally introduced in the EU through international trade since 2004. [SHUTTERSTOCK]

Italy’s ministry of agriculture is completing the preliminary work to release into the environment an alien species of Asiatic wasp, the natural predator of a dreaded fruit pest that has caused more than half a billion euro damage to Italian orchards in 2019 alone.

The adoption of a decree that will unleash a myriad of so-called  ‘Samurai’ wasps in the Italian skies is expected in the coming days, the junior agriculture minister Giuseppe L’Abbate told the news website L’Informatore Agrario.

The Environment Ministry and Italy’s environmental research agency ISPRA have advised in favour of the procedure required for releasing a non-native breed into the Italian eco-system.

The first release is envisaged in the second half of June, and another one will take place around mid-July.

This microscopic army of less than a millimetre long insects is tasked with waging a biological war against the brown marmorated stink bug, an invasive species of Asian origin that has been accidentally introduced in the EU through international trade since 2004.

As a natural antagonist, the Samurai wasp parasitises the stink bug’s eggs, causing the deaths of their larvae.

First detected in Italy in September 2012, the stink bug has since then proliferated over six regions in Northern Italy: Emilia-Romagna, Veneto, Trentino-Alto Adige/Südtirol, Lombardy, Piedmont and Friuli-Venezia Giulia.

The fruit pest is particularly greedy of pears, apples, kiwis, peaches, cherries and apricots, and its spread has caused a huge economic loss for fruit and vegetable producers in the affected areas.

At the end of March, the European Commission issued a delegated act to meet Italy’s requests of additional support measures, as well as simplified access for damaged producer organisations to the emergency funds under the Common Agricultural Policy (CAP).

In this year’s budget law, Italy’s government allocated €80 million to compensate farmers, a small sum compared to the estimated damage of more than €500 million.

Fruit growers who prove to have suffered a damage of 30% of their gross marketable output in 2019 have until 18 July to file their request for compensation, which amounts to up to 80% of the incurred loss.

The release of the samurai wasps came after a three-year national programme of biological control of the stink bug carried out by the Council for Agricultural Research and Agricultural Economy Analysis (CREA), a government agency.

During the research, a population of wasps was introduced under quarantine in the Italian ecosystem, not only to verify its potential against the bug but also to assess its possible environmental impact.

In the Piedmont region, Samurai wasps will be distributed in 100 sites that have not undergone pesticide treatments, in order to avoid their mortality.

For each site, 100 female and 10 male wasps will be released in two rounds in the space of 20 days.

Another EU-funded research carried out by the University of Wageningen from 2015 to 2018, the BINGO (Breeding Invertebrates for Next Generation) project, found some benefits of innovative integrated control of the stink bug by beneficial insects.

The research investigated the efficiency of biological pest control through selective breeding of natural enemies in a broad range of agricultural systems and environmental conditions.

However, the EU delegated act issued by the Commission in March, stated that “at this point, it is unclear whether this biological method of control of the stink bug is effective,” specifically mentioning the release of Samurai wasps.

Producer organisations have also implemented preventive measures such as the installation of anti-insect nets and traps, incurring costs that were higher than anticipated production losses.

In some Italian regions, such as Veneto and Emila-Romagna, the recently banned insecticide chlorpyrifos-methyl has been used against the stink bug.

After the member states’ decision not to renew the authorisation for chlorpyrifos-methyl, Italian MEP Mara Bizzotto filed a written question to the Commission asking it to review this decision or at least grant Italy a derogation.

Replying to the question, the Commission said that the 2009 plant protection products (PPPs) regulation allows a member state to authorise the placing on the market of a PPP for a period not exceeding 120 days and for limited and controlled use, given that an emergency situation occurs which cannot be contained by any other reasonable means. 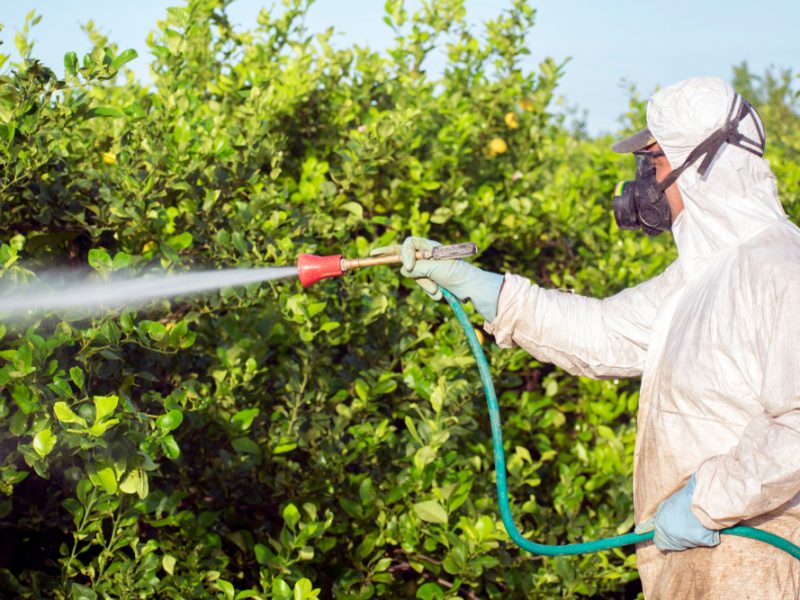