Currently renowned for producing safe, nutritious and high-quality foodstuffs, the European farming sector should also become a world standard for sustainability, according to the new Health and Food Safety Commissioner Stella Kyriakides.

Speaking at the presentation of the EU Agriculture Outlook on Monday (11 December), Kyriakides said that a ‘business as usual’ scenario is no longer an option when it comes to food production.

“It is now becoming abundantly clear that a new, healthier, fairer and more approachable and more sustainable approach to food systems is necessary,” she added.

The European green deal will be the backdrop to the new Farm to Fork (F2F) strategy, whose scope will be addressing every step of the food chain, from production and processing through marketing, as well as consumption and international trade.

“We need to change the way we think about and the way we produce and consume without compromising on the safety, quality and affordability of food,” she said.

Kyriakides confirmed she will take action on pesticides, fertilisers and the use of antibiotics, in particular proposing ambitious targets for a substantial reduction of plant protection products and the risks associated with them.

“Dependency on pesticides is simply not sustainable. It is harmful to our planet and to our citizens,” she said, adding that EU farmers should be able to choose the least dangerous option for human health and the environment.

The reduction of pesticide use will be part of the zero pollution strategy in the European Green Deal. “Pesticides are a major concern to our citizens and I firmly believe that we can reduce their use and their risks in the EU,” Kyriakides said.

In a leaked presentation of the Green Deal circulating last week, targets for pesticide reduction was set at 50%.

However, in the final version of the European Green Deal communication released today (11 December), there was no mention of targets but of an “increased level of ambition to
significantly reduce the use and risk of chemical pesticides, as well as the use of fertilisers.”

Kyriakides also wants to address the issue of antimicrobials’ misuse and overuse in livestock farming to ensure that they remain effective in both humans and animals in the years to come.

“The number of antimicrobials used in animals and in the health sector has led to one of the greatest global problems we’re faced today, which is anti-microbial resistance (AMR), impacting human health,” she said.

AMR claims 33,000 lives in the EU every year, and is also responsible for an annual economic loss estimated at around €1.5 billion. It is expected to become a bigger killer than cancer by 2050. 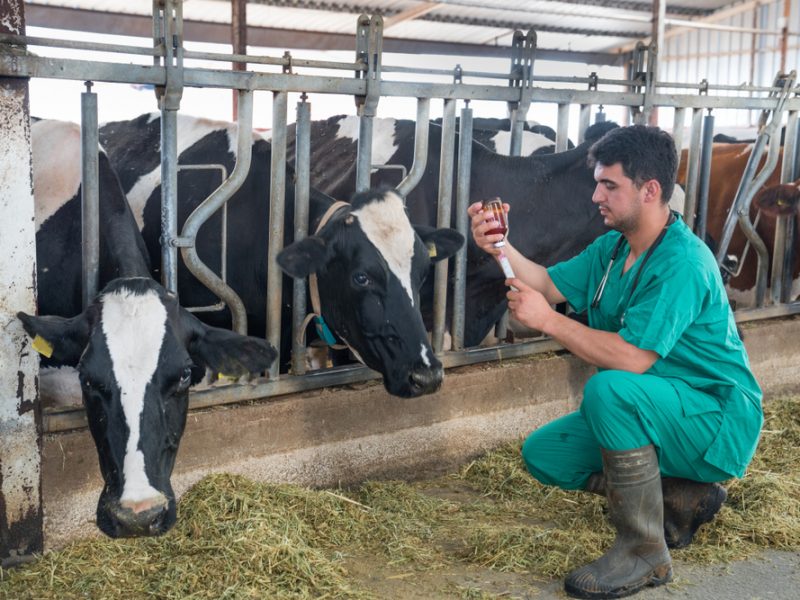 Progress is too slow in the fight against 'superbugs', auditors warn

Despite some progress, the EU One Health approach to antimicrobial resistance (AMR) has not yet delivered demonstrable results in reducing the rising ‘superbugs’ health threat, the European Court of Auditors (ECA) found.

“We need to stimulate, develop and work on the use of alternatives of both pesticides and antibiotics,” Kyriakides said, adding that technology, innovation and research into new farming methods and techniques will be crucial in our work to approach food and production more sustainably.

She anticipated that efforts to make the entire food supply chain more sustainable will be combined with the promotion of healthy choices and healthy living through a clear food labelling.

“By the end of this Commission’s mandate, I want the sustainable choice to be the easy and the obvious choice,” she said.

According to her, sustainability goals cannot be achieved without European food producers being on board.

“I want to make sure that this strategy accounts for the needs and concerns of all the different actors involved, in particular farmers,” she said.

The F2F will be presented as a white paper in spring 2020. “It’s an opportunity to bring about change, and leave a sustainable legacy for future generations,” she concluded.

Camille Perrin, Senior Food Policy Officer at the European consumer group BEUC, complained about the lack of concrete targets and action points to make sustainable food the easy option. "It is good to aim for cutting the use of pesticides and antibiotics, but with no target, it is a shot in the dark. We fully agree with the need to stimulate consumption of sustainable and healthy food, but labelling must not be seen as the silver bullet," she said.

Christian Verschueren, Director-General at retailers lobby EuroCommerce supported the Commission strategy set out in the EU Green deal. "It presents a tremendous opportunity for Europe to take on global leadership in creating a sustainable and more competitive economy," he said, adding that the retailer and wholesaler sector has already acted in a wide range of voluntary initiatives to reduce its impact on the environment.