Spirulina, the ‘miracle’ algae being established in the Nantes region 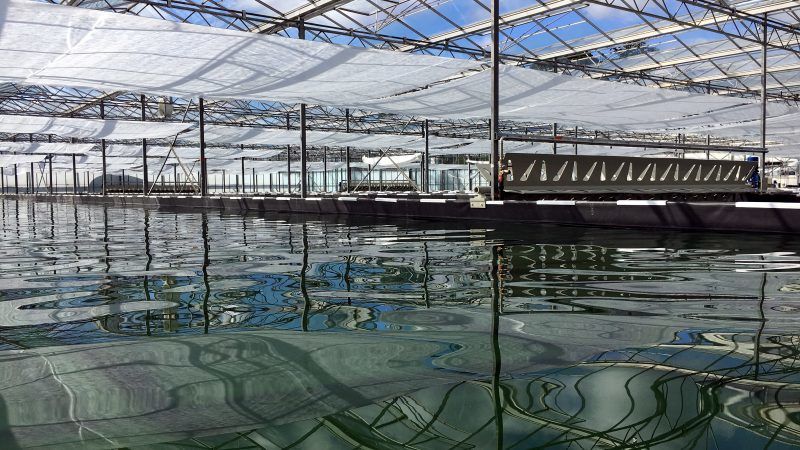 Spirulina is grown in heated basins in greenhouses

Spirulina, an ancient algae with many nutritional qualities is still not widely grown in Europe, which is, however, a major consumer of this “super food”. In the Nantes region, a market gardening group has ventured into greenhouse farming with the support of European funds. EURACTIV France reports.

In the large greenhouses of the market gardening Groupe Olivier, on the outskirts of Nantes, tomatoes and cucumbers are thriving in over 20 hectares, protected from the weather conditions which increasingly affect open ground agriculture.

Having specialised in market gardening for 12 generations, Groupe Olivier has focused on the stable markets of tomatoes and cucumbers.

However, over the last three years, the family business has also ventured into growing spirulina, a micro-algae with many benefits in terms of nutrients and antioxidants. It is a plant which is increasingly popular among consumers, particularly with vegetarians because of its protein content and athletes because of its recovery-aiding qualities. 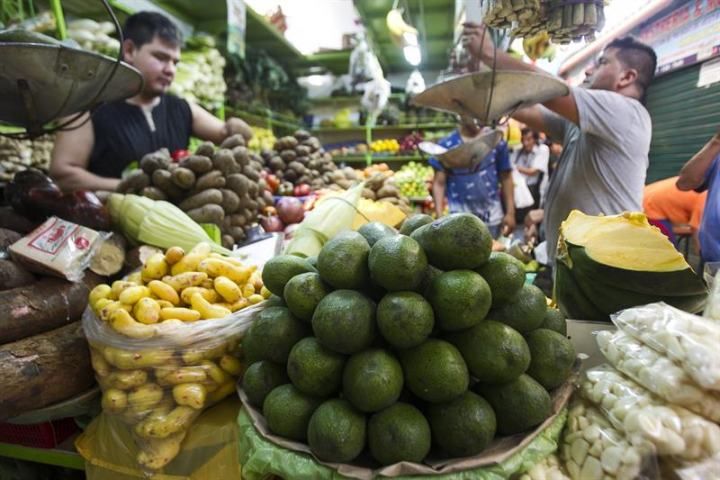 Producers of Peru’s “superfoods,” native and highly nutritious products such as quinoa, Hass avocados and blueberries, have emerged as big winners in the first five years of the Andean nation’s free-trade agreement with the European Union.

Consumable in dry form as pills or flakes, spirulina has invaded the well-being shelves of food stores and “para-pharmacies”. Moreover, it has been awarded the prize of being the most nutritionally complete source of food of the 21st Century by the World Health Organization.

It was under the leadership of Stéphane Olivier, who has a PhD in biochemistry, that the Groupe Olivier embarked on the adventure. Following ten years’ experience in the biotechnological and pharmaceutical industry, the 40-year-old joined the ranks of the family business.

“The idea of growing spirulina came from the desire to restore the old greenhouse which was no longer being used for market gardening,” explained Olivier, who is in charge of the group’s micro-algae branch.

Having become unsuitable for market gardening, an area of the group’s grounds was unused and building more modern greenhouses was expensive. “The idea was therefore to recycle them for another crop,” he explained.

The first tests started three years ago. With the support of the European Maritime and Fisheries Fund (EMFF), Olivier restored a greenhouse where currently spirulina is growing over an area of 2,800 m2. “This gives us a production capacity equivalent to four tonnes of dry spirulina a year, which would make us the second-largest producer in France,” Olivier specified.

The European help supporting the investment was “between €1-2 million,” Olivier said.

At the intersection of aquaculture and market gardening, spirulina growing in France remains largely artisanal, while the market is taking off. “In 2014, the French production of spirulina reached approximately 20 tonnes, whereas consumption was at around 200 tonnes,” Olivier stated.

As a result, the provision of micro-algae takes place on an international scale, mainly in China, the world’s largest producer.

“Our challenge today is to develop European production with higher production quality,” the director of Olivier micro-algae explained. This is a niche that might prove to be promising.

Indeed, at the moment, spirulina’s supply chain is not subject to any certification process. This is a problem which led to the French Agency for Food, Environmental and Occupational Health and Safety (Anses) to raise the alarm on the quality of imported spirulina.

The micro-algae, which is very sensitive to the quality of the water in which it is grown, readily absorbs heavy metals, such as lead. Furthermore, several cases of side effects have been raised by Anses, which recommends favouring the local supply.

In the first year of production, the harvest amounted to 700kg, all of which was sold to a single customer. For the second harvest, Olivier is anticipating three tonnes. “We have expanded into fresh and frozen spirulina. These are the forms which further preserve spirulina’s qualities,” Olivier explained.

While spirulina is currently a dietary supplement, it is in the form of a condiment that Groupe Olivier now wishes to develop the market. “For example, we are working with regional food producers to develop products based on spirulina,” he explained. For a taste, visit Pornic in western France, where the ice cream parlour La Fraiserie is already offering a lime and spirulina sorbet.