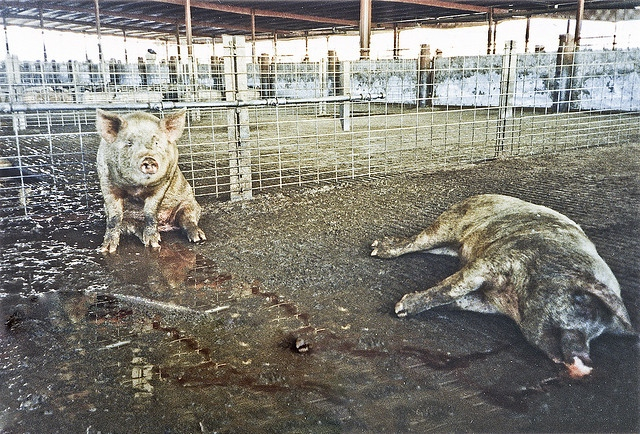 Latvia may declare a state of emergency in the eastern part of the country, near its border with Belarus and Russia, to fight an outbreak of African swine fever in wild boars and farm pigs.

Swine fever was discovered in Latvia at the end of June, and earlier, in both Lithuania and Poland. The disease occurs among pigs and wild boars, where its effects are devastating and often deadly, and there is no vaccine. It does not affect humans.

So far, a total of eight wild boars and three farm pigs in Latvia have tested positive.

“Infection has gotten into wild boars and we don’t know how long it will continue to spread,” said Maris Balodis, the head of the country’s Food and Veterinary Service. “Therefore, steps which can be done in an emergency situation are preferable at this moment.”

Latvia’s agriculture minister, Janis Duklavs, said on Tuesday the government wanted to announce an official state of emergency in the region. But the final decision will be made by parliament, which is expected to vote on the issue this Thursday.

A state of emergency would give officials access to private farms so they can test even unregistered pigs, check vehicles leaving infected areas and implement other measures to limit the potential spread of the disease.

In 2013, Latvia exported live pigs and pork worth around 30 million euros, mostly to other European Union countries.

The state of emergency would be declared in an area spanning 5,000 square kilometres, roughly eight percent of Latvia’s territory.

Russia has limited pork imports from the EU after African swine fever was found in Lithuania. The European Union is taking Russia to the dispute settlement body of the World Trade Organisation, in order to overturn a ban on pork exports from the bloc.

Since the outbreak was confirmed on 24 January, all EU trucks carrying pork have been halted at Russia’s borders. The EU says the ban is unfair, because many areas of Europe are unaffected by the African Swine Fever.

Although Moscow has not formally announced a full ban, the restrictions have so far cost European pork exporters €580 million, the European Commission says. Russia normally buys a quarter of the EU’s annual pork exports.

Russia closed its market to EU live pigs, pork and other related products – cutting off almost 25% of all EU exports – at the end of January 2014. It based its decision on four cases of African swine fever (ASF) detected in wild boars at the Lithuanian and Polish borders with Belarus, ignoring the measures that the EU and the Member States imposed to combat the disease and to contain the spread of the virus.

Extensive bilateral discussions over the last months with Moscow have not brought any results thus far.