Addressing a UK parliamentary committee on 1 November, Jilly Greed, co-founder of promotional group Ladies in Beef, said: “Britain has the second largest breeding herd [of cows] in Europe but is completely unsupported.”

Farming is likely to be one of the sectors most affected by Brexit. The UK government has committed to matching the current CAP budget until at least 2020 but British farmers are seeking greater assurances.

Providing evidence to the Parliament’s Environment, Food and Rural Affairs Committee, Greed said that “there isn’t a two-way sharing of risk, information, data or price positions” making it impossible for farmers to plan or budget.

Allen told the committee that the farming industry’s main concern as regards Brexit is access to labour. “60-65% of staff are non-British,” he said. Allen added that the “shortage of labour” is more acute in slaughterhouses or meat-processing plants because local workers are less willing to do such “physically demanding” jobs.

He went on to say that industry is turning to technology in light of Brexit, with agricultural professionals assessing whether they can “replace men with machines”.

Trouble ahead for meat producers

Uncertainty about future trade relations with the EU also poses a threat to the meat industry, Allen said: “80% of exports are with Europe and there is a huge fear of a ‘Hard Brexit’, especially if we end up with a WTO-situation.” 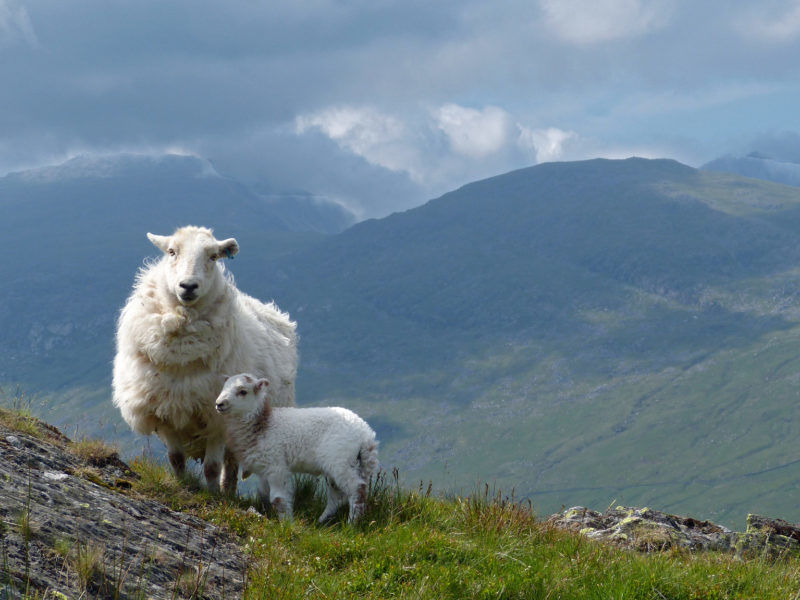 This view was shared by his fellow panellists.

If Britain is unable to reach an agreement with the EU before March 2019, the UK will have to enforce the trade quotas set out by the World Trade Organisation (WTO).

Dodds said: “The worst scenario is WTO. Lamb will not have a marketplace in Europe if farmers and British industry are paying a 50% tax on exports.”

Greed said that if WTO tariffs are applied to exports and there is an “open house on imports coming in” the British lamb industry will be “decimated”.

Dodds said that since the Brexit negotiations got underway there has been a “massive drop” in the value of certain breeds and types of meat: “Draft ewes [older breeding sheep] have seen a 50-55% drop in value. This has contributed to a lack of confidence in where we are going.”

He said: “There is a genuine appetite throughout industry to improve but we need to know which direction to plan. There is a massive difference in planning for a 50% tariff on lamb or on a guarantee that trade will remain roughly the same as now.”

Allen and Dodds said the UK government and industry must begin contingency planning and establish “infrastructure” for the British meat industry.

Allen said: “Industry is keen to get involved but there is the sense that we get pushed away from agriculture policy and export deals. These are the people doing it and they are the experts, all are willing to work with government and officials.”

Any industry, according to Allen, approaching a change of Brexit’s magnitude would “be stress-testing already to see if [infrastructure] works, but we don’t even know the systems we plan to put into place,” at this rate, he added, “we would need five years [transition period] not two.”

British farmers are now looking at forms of diversification in an attempt to cover possible losses or extra costs in the post-Brexit trading environment.

Basset, a sheep farmer in Britain’s Peak District, said that “on an individual basis it is very difficult to change – we embrace new technology where possible but are always disadvantaged because we are a small farm.”

Basset told the committee that she feels she is “working blindly” and would be able to plan better if there was greater “access to technology, and information on where farmers should be investing.”

Allen saw opportunities for post-Brexit Britain to foster trade in the global market “on the basis of quality not quantity” but said this would be challenging.

According to Basset, for the lamb and beef sector to flourish after Brexit, there needs to be further investment in “education, branding and image” of British products.

Basset argued British farmers are proud of adhering to high welfare standards and would continue to do so after leaving the EU.

She said: “We accept that there will be changes to the industry as a whole” but “we can’t throw away the systems we have in place to compete with the low standards of the global market.”

“As a sheep farmer, I could not have lower welfare standards because of a trade deal, so I would have to leave the industry.”