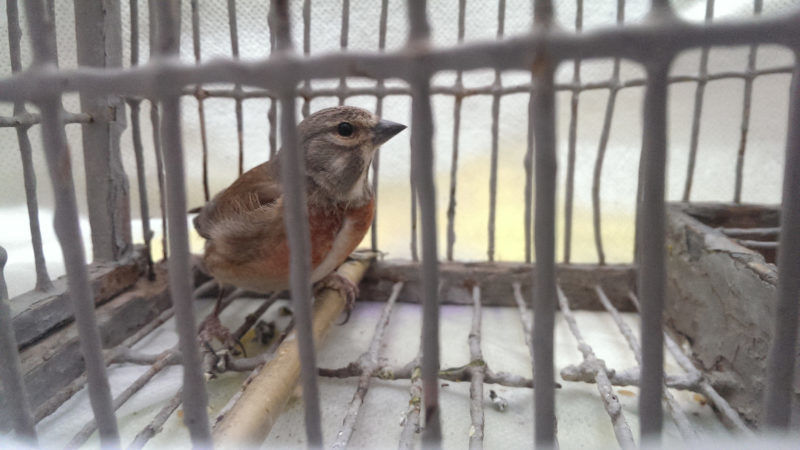 A live decoy is used to attract finches to trappers' nets. [BirdLife Malta]

The tradition of trapping wild songbirds to keep in captivity is deeply rooted in Maltese society. Trappers use live decoys to attract migrating finches, which are highly prized for their song, to their nets.

But the controversial trapping practice has landed Malta in hot water with environmental NGOs and the EU courts. Not only are finches protected under EU law – like all wild birds – but the use of non-selective nets is not a permitted method of capture.

After banning the practice in 2009 to respect the EU’s Birds Directive and uphold a promise it made before joining the EU in 2004, Malta backtracked in 2013. Courting favour with trappers, the newly-elected Labour government reopened the trapping season using a derogation supporters say is justified by the small scale of the activity and the fact their nets do not catch birds indiscriminately.

“The Birds Directive is designed to allow these culturally important small-scale traditional hunting activities,” said Ludwig Willnegger, secretary-general of the European Federation of Associations for Hunting and Conservation (FACE).

But the European Commission disagrees. Following an infringement procedure launched by the EU executive in 2014, the Advocate General of the European Court of Justice (ECJ) issued an opinion this July that there is no valid reason for a derogation from the EU’s Birds Directive and the practice must be stopped. The final ECJ judgement is expected to mirror this opinion.

“The EU is united in promoting cultural diversity,” said Willnegger. “What we have seen, however, are extreme legal interpretations that fail to understand the objectives of the [Birds] Directive, which clearly refers to these ‘cultural’ and ‘ecological’ requirements.”

All hunting or trapping of wild birds requires a derogation from the Birds Directive, and as populations the seven species of finches targeted by Maltese trappers are deemed to be healthy, the Maltese trappers cannot see why their request should be refused.

For Nicolas Barbara, conservation manager at BirdLife Malta, derogations should only be applied in exceptional circumstances, such as when the presence of birds in an airport poses a threat to air traffic safety. “This practice is for enjoyment only,” he told EURACTIV.com, “so it is not acceptable.”

However, the Birds Directive allows “under strictly supervised conditions and on a selective basis, the capture, keeping or other judicious use of certain birds in small numbers”.

A Commission spokesperson told EURACTIV.com that “a final ruling by the Court is expected to be delivered in the coming months” but that the executive could not comment on the ongoing case.

The impact of trapping

When it reopened the trapping season, the Maltese government informed the European Commission it would issue 4,000 licences to catch a maximum of ten birds each. For Dr David Scallan, Senior Conservation Manager at FACE, this is a “well-regulated, selective, and science-based approach to ensure that this small-scale regional hunting practice has no negative impacts on the extremely large and widespread” finch populations. 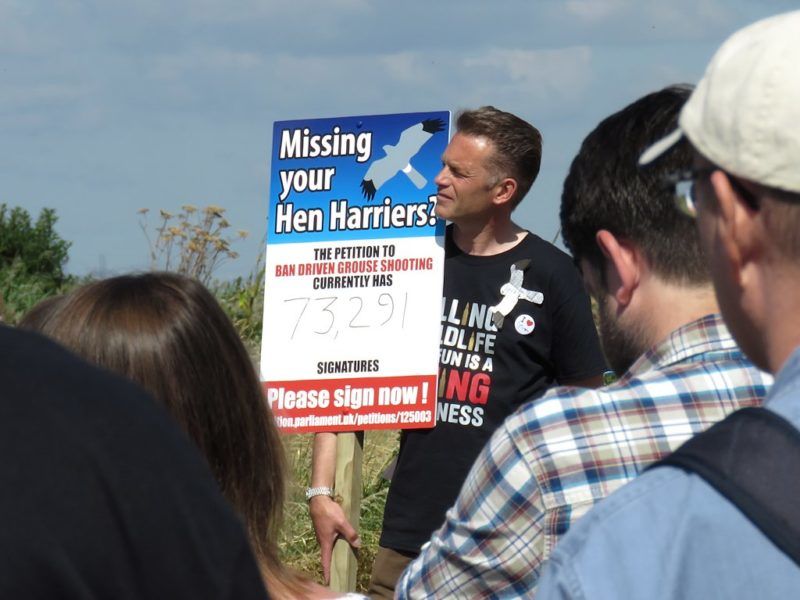 But according to BirdLife Malta, there is no way to police the activity. Not only are there currently around 8,000 trapping sites on the Maltese islands, but the idea that each licence holder will catch only ten birds is absurd, Barbara said.

“Finches migrate in groups so it is quite common for dozens to get snared at the same time in a single net. The impact of trapping goes far beyond the few species of birds that are targeted,” said Barbara. Many trapping sites are within protected Natura 2000 areas.

“Trappers clear vegetation in protected areas for their nets, causing permanent damage to other habitats.”

And the live decoys used as bait have generated a booming illegal trade in songbirds that stretches from Malta as far away as Sicily, the conservation manager added.

Yet there is an alternative, at least according to the ECJ’s Advocate General: captive breeding. Wild finches often die within weeks of being captured, while a stock of well-adapted captive-bred birds already exists.

Attempts to encourage captive breeding have been roundly rejected by defenders of the Maltese trapping tradition, who say it is “an integral part of each individual’s way of life” and cannot be replaced.

Trappers also argue that a captive breeding programme would not provide enough genetic diversity to ensure the birds were healthy.

“Live finch capturing for the Maltese trapper is not a kind of hobby or sport,” said Joseph Perici Calascione, president of the Maltese Federation for Hunting and Conservation (FKNK). “Taking this away is like Le Louvre without Mona Lisa or a chocolaterie not being able to make chocolate.”

The trapping season will run until 31 December, and the ECJ ruling is expected in early 2018. 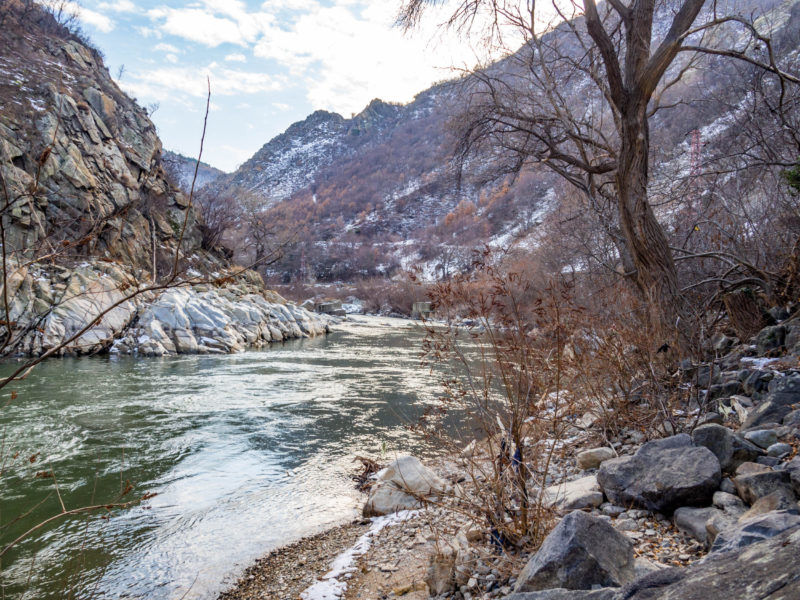 In the face of efforts by member states to destroy protected habitats and ignore EU nature laws, the EU must stand up for the rule of law and say enough is enough, writes Ariel Brunner.