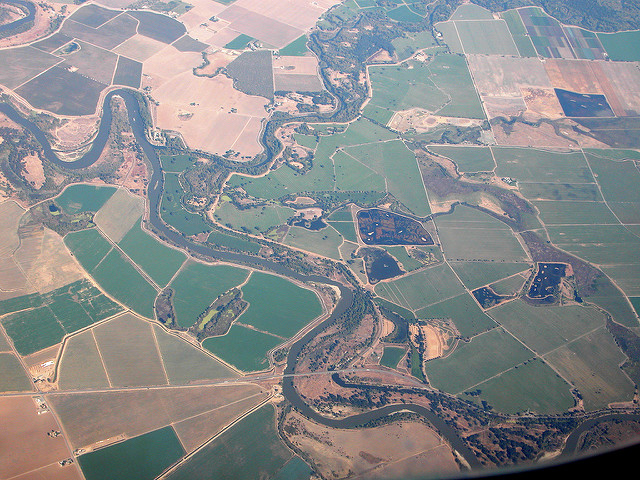 Auditors stated there was still room for improvement as in some cases “unnecessary complexity” was identified. [Doc Searls / Flickr]

The European Court of Auditors has urged the European Commission to avoid “unnecessarily complicated” rules for mapping EU farm fields eligible for direct payments under the Common Agricultural Policy (CAP), and to “simplify the system” wherever possible.

The Land Parcel Identification System (LPIS) is a key control mechanism of the CAP, which is used for registration of agricultural reference parcels. LPIS allows the Commission to identify land eligible for annual subsidies to farmers and avoid error payments.

The European Court of Auditors examined whether the European Commission and the member states sufficiently use these systems to map farm fields.

It examined five member states’ (Austria, Germany, Ireland, Poland, and Scotland) and found that LPISs were indeed useful for determining the eligibility of the farming land.

The auditors acknowledged that aerial and satellite photographs were mostly up-to-date and reduced the errors in payments to farmers, but their interpretation “was not always reliable or conclusive”.

The report urged EU member states to step up their efforts to increase data reliability. Indeed, only some LPISs contain information concerning ownership and lease rights which makes it easier to find out whether each parcel has been declared by the right farmer.

Member states are also urged to measure the performance as well as the cost-effectiveness of their mapping systems.

“Weaknesses in the systems are affecting member states’ ability to check the eligibility of land,” said Nikolaos Milionis, a Member of the European Court of Auditors who drafted the report.

“Reliable data is essential to ensure payments are legal and regular,” he said.

The report pointed out that member states made progress in upgrading their LPISs to meet the requirements of the CAP but the systems had not fully been adapted for greening purposes.

Auditors also stated there was still room for improvement in cases where “unnecessary complexity” was identified.

EU auditors told euractiv.com that an indicative example of unjustifiable complexity is the “100-tree rule”, which highlights the complexity of applying rules to nature.

“The ‘100-tree rule’ tries to set eligible land with scattered trees apart from ineligible forest,” EU auditors commented. “But it’s a challenge to check whether animals can graze underneath the trees without actually visiting the field. And that makes the whole process more complicated,” they said.

The “100-tree rule” is a provision of the new CAP framework. It stipulates that areas with scattered trees on agricultural land are considered eligible for green subsidies if there are no more than 10 trees per hectare and agricultural activities can be carried out in a similar way as on parcels without trees in the same area.

The Commission says that “grazable” trees are those which are actually accessible in their entirety to farm animals for grazing and they should not be counted for the 100-tree threshold.

“Our analysis confirmed that it is difficult to identify such trees by photo-interpretation which further translates into uncertainty in assessing land’s eligibility for agricultural aid and entails complication and administrative burden for member states,” the auditors said.

Their recommendation is to revisit the entire LPIS framework “in order to simplify and streamline some of the rules for the next CAP period.”

SPECIAL REPORT / The agricultural sector has stepped into the digital era, in an effort to respond to rising global nutrition needs and tackle the environmental crisis.

An EU Spokesperson commented: "The Commission shares the ECA's opinion that the LPIS makes a significant contribution to preventing and reducing the levels of errors in aid schemes and that over the recent years many LPIS-related shortcomings have been effectively addressed. The reduction in error rates, from 3.6% in 2012 to 2.2% in 2015, for direct payments, was actually underlined by the ECA itself in its most recent Annual Report. As a reminder, direct payments represent close to 80% of the CAP budget and the LPIS is the main tool for managing them."

"The weaknesses set out in the report mainly concern the Member States' management of the LPIS. In particular, it is the Member States’ responsibility to keep their LPISs up-to-date, ensure data reliability and the cost-effectiveness of the systems," the EU official added.