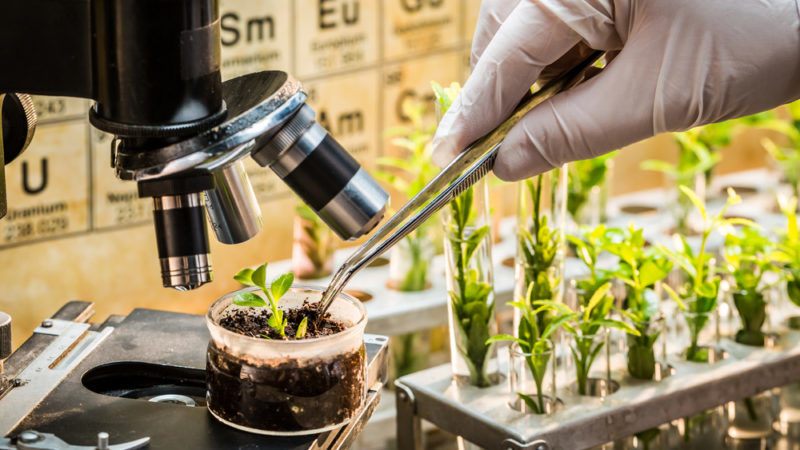 Environmental campaigners fear that once genetically engineered plants leave the lab, they will be untraceable. [Shaiith/Shutterstock]

The vice-chair of the European Parliament’s agriculture committee has argued that Europe should embrace innovative biotechnologies to boost food production while cutting the environmental impact of farming.

“Breeding techniques which do not involve genomic changes from one species to another, and  simply accelerate modifications that could happen in nature, should not be considered as the old-fashioned genetic modifications,” Italian S&D group MEP Paolo De Castro said at a conference on ‘Modern Biotechnologies in Agriculture’, on 28 September.

He told EURACTIV.com the focus of agricultural innovation should be on enabling farmers to produce more with less and to make farming more sustainable. De Castro also stressed that the legal framework should be separate to the EU’s current laws on genetically modified organisms (GMOs).

“The food resulting from these new techniques is completely different from the Frankestein food our consumers are scared by,” the MEP added.

NPBTs are innovative techniques that involve using genetic engineering to enhance or remove certain characteristics. Supporters argue they should not be regulated as genetically modified organisms (GMOs) because, unlike with GMOs, no foreign DNA is added. Any change that scientists engineer, they say, could occur through the natural process of evolution.

The European Commission appears to agree: last year a spokesperson for the EU executive told EURACTIV that it is time to “move away from a GMO-centred discussion when it comes to innovation in plant reproductive materials”.

Following a request from Vytenis Andriukaitis, the European Commissioner for Health and Food Safety, the Commission’s Scientific Advice Mechanism (SAM) published an explanatory note on new techniques in agricultural biotechnology on 28 April.

In it, the scientists argue that improved precision and control in genetic changes made with NPBTs “result in fewer unintended effects” than traditional GMOs.

But there is currently no legislative framework under which to roll out – or ban – the use of these techniques in Europe. Scheduled for publication in early 2016, the EU’s analysis of the legal basis for whether such biotech innovations should be considered as GMOs suffered repeated delays.

In a 2016 position paper, a number of environmental NGOs including Greenpeace and Friends of the Earth said that according to their analysis, NPBTs fall under existing EU GMO law. “If they were to escape EU regulations, any potential negative effects on food, feed or environmental safety would go unchecked. European consumers, farmers and breeders would have no way to avoid GMOs,” the paper reads.

Legislation is unlikely to advance at EU level until after a European Court of Justice ruling, expected early 2018, on approval processes for herbicide-resistant rapeseed developed through NPBTs in France.

The case concerns one type of NPBT (mutagenesis) and it is unclear whether the judgment will extend to other NPBTs and what impact the ruling would have on genetic engineering in general.

Yet EU farmers have clearly linked the question of new plant breed techniques with the environmental impact of agriculture and the future security of our food supply.

Speaking at the conference on Modern Biotechnologies in Agriculture, Thor Korfoed, the chairman of the Seed Working Party at Copa-Cogeca, which represents EU farmers and agri-cooperatives, said: “Farmers and breeders need to be increasingly innovative to deal with the challenge of feeding a growing world population with limited resources and increasingly variable weather events, ranging from floods to drought.”

For De Castro, such innovations should then be seen as an opportunity to protect biodiversity and drive sustainable intensification of food production, as they would allow farmers to do without a major part of the chemical inputs now used for plant protection.

But the European Parliament’s Greens/EFA group warn that the risks of authorising NPBTs outside the GMO framework are too great: once these new organisms are out of the laboratories, they will be untraceable.

This, the group says, would lead to the unchecked cultivation of modified organisms across the EU and make “any future EU regulation virtually impossible”, if unintended, harmful effects come to light.