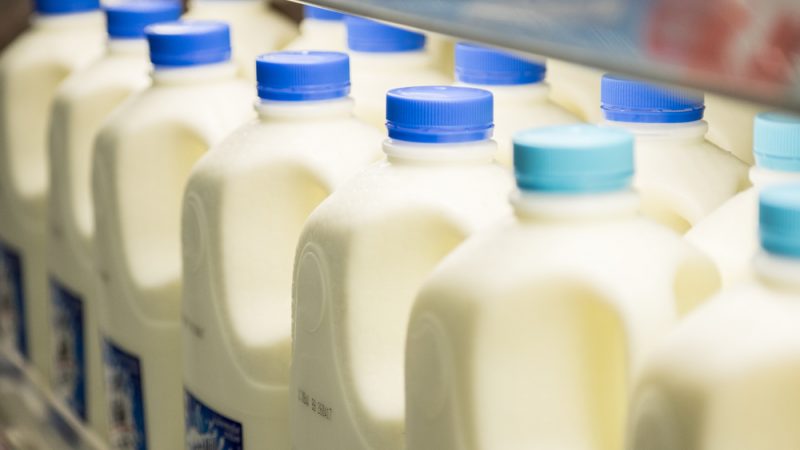 In the past weeks a 40 million litres surplus of milk production has been accumulated in France. [SHUTTERSTOCK]

The co-signatories referred to the situation in France, where in the past weeks a 40 million litre surplus of milk production has been accumulated out of the 220 million litres collected weekly.

This amounts to 18% of the national milk production that is reoriented towards storage or destruction, the letter states, adding that the accumulation of industrial stocks will result in a plunge in farm-bought milk prices over a period of time which will cover from several months up to several years after the epidemic.

For this reason, the lawmakers call for a compulsory percentage of volume reduction to correspond adequately to the observed surpluses to be applied as early as April.

The letter was sent on Tuesday (14 April) and was addressed to Agriculture Commissioner Janusz Wojciechowski and to Marija Vučković, the agriculture minister of Croatia, which currently holds the rotating EU Council presidency, as well as to the chair of European Parliament’s agriculture committee Norbert Lins.

The letter was also addressed to the rapporteur for the reform of Common Market Organisation (CMO) regulation, Eric Andrieu, as the adoption of a compulsory volume reduction in the dairy sector could imply an emergency modification of this regulation.

In the UK, the dairy sector is already suffering, with reports of farmers being forced to pour away milk that was otherwise destined for the Horeca sector [hotels, restaurants, catering].

Sophie Clarke, communications manager at Dairy UK, told EURACTIV that there are currently a “number of issues impacting the sector.”

“The loss of foodservice will be incredibly difficult for those dairy processors with customers in that sector. There’s also been quite a lot of volatility in retail demand, with consumers buying more in store and putting a strain on supplies, though this has largely eased.”

However, she added that the increased sales in retail channels have not been such that they make up for the losses in foodservice, and processors are now doing their best to find a home for the surplus products which now no longer have a market due to the closure of foodservice.

She said that this will have an impact on prices.

Dairy UK has already called on the government to provide financial assistance for farmers to help see them through this crisis, which includes support from banks, direct support for farmers having to dispose of milk, support for farmers facing cuts to the price of their milk and further market support measures to help the sector as a whole.

As the dairy sector has been one of the hardest hit by the crisis, the impact on other dairy markets has been “relatively moderate,” farmers’ organisation COPA-COGECA said in a letter recently addressed to Wolfgang Burtscher, director-general of the Commission’s Agriculture and Rural Development (AGRI) directorate.

They stated that this is partially due to the “very negative sentiment” that is currently felt about the dairy market, which they said is “weighing prices down at a time of year that represents peak season.”

“The prices of several dairy products have dramatically decreased, with skim milk powder prices sharply falling to the intervention level,” the letter said, adding that this has created a “huge amount of pressure” on farm prices.

COPA-COGECA, therefore, called for “timely action” to trigger the necessary measures to save the sector and urged the European Commission to activate private storage for all dairy products, saying that this would have a beneficial impact on ensuring year-round food security.