An AGRI committee session during an exchange of views with the Commissioner for Agriculture and Rural Development Janusz Wojciechowski. [EP/PIRLET]

The letter, seen by EURACTIV.com, was sent ahead of an extraordinary meeting of EU agriculture ministers on Wednesday (25 March) and a plenary vote in the European Parliament on the first package of anti-crisis measures, scheduled for Thursday (26 March).

According to the MEPs, the Commission got on the right foot by granting farmers a one-month extension to submit their applications for CAP payments. 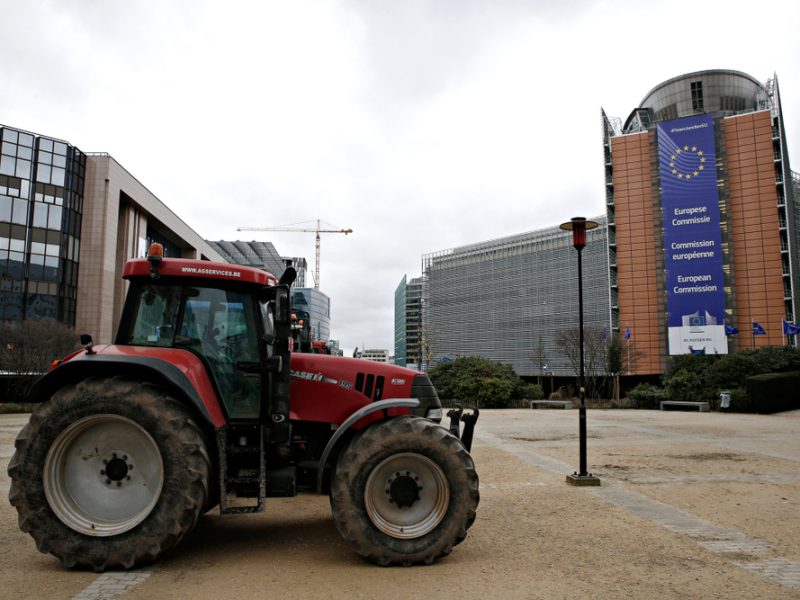 All EU countries have now been offered the option to extend by one month the deadline by which farmers must submit their applications for Common Agricultural Policy (CAP) payments, the European Commission announced on Tuesday (17 March).

However, they say it is not enough to allow the farming sector to continue functioning normally during the crisis. Among the urgent actions needed, Lins stressed the importance of ensuring direct payments to farmers as well as support for rural development.

The contingency plan requested by MEPs refers to issues such as the timing of payments, on-farm inspections for verification purposes, and applications for aid.

In times of crisis, the chief objective must be to simplify procedures as much as possible while granting maximum flexibility to member states, the lawmakers stress in the letter.

Lins also called for allowing general derogations in the implementation of CAP measures until 31 December, in order to protect European agriculture and rural areas.

“In short, we want to protect the economic sustainability of the agri-food sector, providing measures and aid to tackle the current difficulties and those that may arise in the coming weeks,” socialist MEP Paolo De Castro said, commenting on the letter.

“We ask the European Commission for a global strategy for the sectors most affected, which also includes the activation of emergency credit lines for farmers,” De Castro continued.

Besides CAP-related aspects, the letter focuses also on so-called “green corridors” that will allow foodstuffs to pass borders in order to continue providing crucial goods to European consumers.

Lins also insists on the free movement of labour as a critical issue for agriculture, especially for fruits and vegetables but also viticulture, which are highly depend on seasonal labour.

“By issuing a ‘laissez-passer’ granting the right to travel to the seasonal workers by means of special buses or trains or even aeroplanes, the functioning of the agriculture sectors could be maintained,” the letter says.

Finally, MEPs call for special storage aid for food and agriculture sectors most affected by the closure of hotels, restaurants and cafés.