Claude Turmes said a relaxation of EU controls could lead to radioactive seafood being sold in Europe. [European Parliament]

Under the European Commission’s draft amendment to its regulation on imports from Japan, products originating in certain areas of Japan, where levels of radiation are deemed not to be dangerous, would no longer be subject to checks before being sold on the EU market.

The executive says that data from the last two growing seasons shows food from some areas of Japan poses no risk to human or animal health and argues that Japan’s strict food safety standards make further checks in the EU redundant. 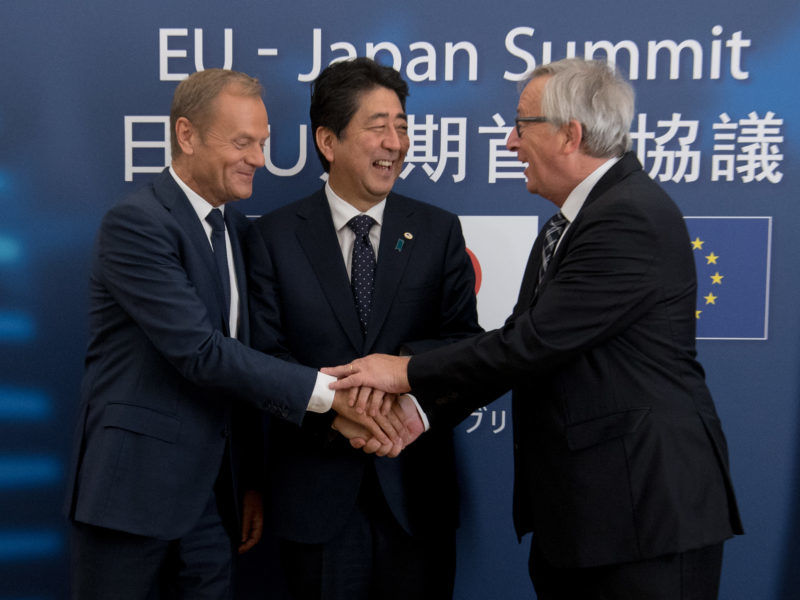 But the resolution, tabled by French Green MEP Michèle Rivasi, considered that the amendment exceeded the EU executive’s implementing powers and questioned whether it was doing enough to protect the health of EU citizens.

ENVI committee MEPs agreed that it was “highly questionable” whether the measures should be lifted just six years after the Fukushima disaster.

Green MEP Claude Turmes said, “This is a serious issue for citizens in Europe and for our health agenda.”

“It was surprising that when Jean-Claude Junker and [Japanese Prime Minister] Shinzo Abe announced the EU-Japan trade deal, Juncker promised without asking the Council or Parliament that the EU would drop the tests established after Fukushima,” he said.

Danish Social Democrat MEP Christel Schaldemose (S&D) added that any such move by the Commission would undermine trust in the EU’s food standards. “EU citizens must be able to trust the safety of the food on their plates,” she said.

The millions of litres of water used by the Japanese authorities to cool the Fukushima nuclear reactors after the 2011 accident have since been stored in a tank to prevent leakage of radioactive material into the sea.

Radioactivity in the Pacific Ocean from the Fukushima nuclear disaster has peaked and will dilute rapidly, according to a study by Germany’s Geomar Helmholtz Centre for Ocean Research.

But Turmes argued that mooted plans by the Fukushima authorities to release the water back into the sea mean now is not the time to relax standards on imports. “This means an enormous amount of radioactivity will be released down the Pacific coast, and the fish and other seafood caught here are shipped all over the world.”

“After the Fukushima accident, I do not want to see a Fukusushi accident in Europe. It is our job as a parliament to make sure this does not happen,” the Luxembourger added.

Yet not all members of the ENVI committee were convinced that standards would suffer as a result of the Commission’s amendment. British Conservative MEP Julie Girling (ECR group) accused her colleagues of peddling “Trump-style alternative facts”

“This objection is totally unnecessary and completely unjustified,” she said. “Rather than protecting citizens you are creating scares, suspicion and fear of eating food when we are already perfectly well protected.”

She highlighted that no Japanese food or feed imports had exceeded the legal radiation limits in the last five years.

Germany’s Minister for the Environment, Barbara Hendricks, has conducted talks with the Belgian government on extending the lifespan of its two nuclear power stations. They agreed to strengthen cooperation on nuclear safety. EURACTIV Germany reports.