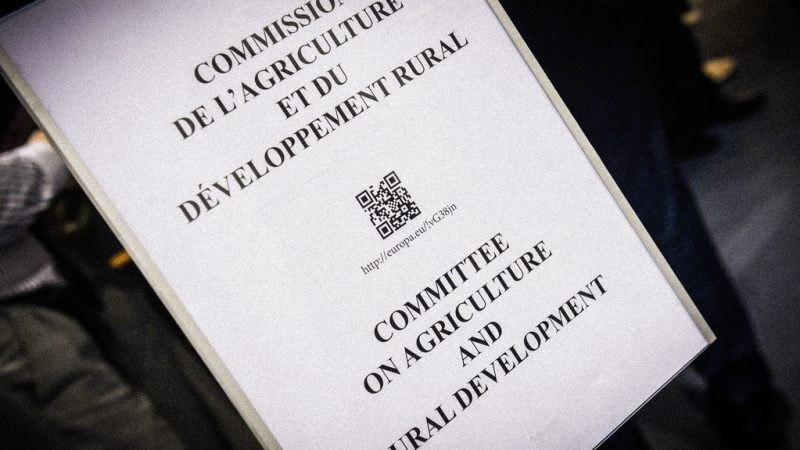 Drafted by COMAGRI’s chair Norbert Lins and the rapporteur on the secondary legislation linked to the Common Market Organisations (CMO), Anne Sanders, the letter, sent on Monday (27 April), anticipates the topics that MEPs will discuss with Wojciechowski in his hearing before the committee on Thursday.

On 22 April, the Commission put forward a short-term package of market intervention measures squeezed by EU lawmakers and the agri-food sector, after having said there was not enough money left for their deployment.

The Commission wants the proposed measures to be adopted by the end of April but it needs member states to rubber-stamp them.

However, the measures included in the short-term package were not the same as those demanded in previous days by MEPs and EU agriculture ministers, while the budget was also quite small, amounting to €76 million for private storage aid for dairy and meat products

MEPs, in particular, criticised the measures concerning cheese-related private storage rules saying that it should open storage to cheeses in all forms and make the minimum storage duration more flexible depending on the kind of cheese.

The letter also highlighted the need for further temporary crisis measures and regulatory flexibilities in the EU’s wine sector, allowing the sector to fund a reduction of the maximum yields per hectare and reduce the wine volumes.

MEPs also want the Commission to invest money from the funds in wines with greater quality, as it represents a sector heavily hit by the freezing of the Horeca (hotels, restaurants and cafés) sector.

Last week, wine cooperatives of France, Italy and Spain, representing almost half of the EU wine production, asked for an immediate opening of a European crisis distillation of 10 million hectoliters and private storage for high-quality wine.

Commenting on the letter, Europe’s People Party (EPP) coordinator at COMAGRI, Herbert Dorfmann told EURACTIV that the sector needs fresh money as soon as possible, as the measures proposed do not help the wines really affected, which are not those of low price purchased in supermarkets.

He added that overall the measures go in the right direction but are not enough because the allocated money is too short.

“Relying only on flexibility is too little. We really need a bit of imagination and courage,” he concluded.

MEPs also asked to modify blending standards in order to increase the percentage of blending with wines from a different harvest year from 15% to 25%, making the indication of the harvest year on the bottle optional.