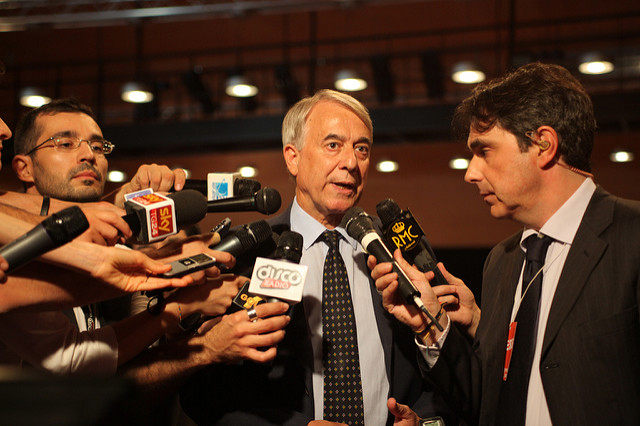 Cities should improve their food culture and systems in order to adjust to the planet’s contemporary needs, Milan’s Mayor, Giuliano Pisapia, told euractiv.com.

According to 2014 UN data, more than half of the world’s population (54%) liveds in urban areas, a proportion that is expected to increase to 66% by 2050. It is estimated that in 2050, more than 6 billion people will move to conurbations.

Faced with numerous challenges such as the effects of climate change (heat, heavy rainfall, etc.), food security, and poverty, cities have a key role to play.

EU ministers meeting in the Dutch capital yesterday (30 May) endorsed the Pact of Amsterdam, aimed at improving living conditions in towns and cities throughout the 28-nation bloc.

Jump-starting the movement, on 15 October 2015, Pisapia and his counterparts from more than 100 cities all over the world signed the Milan Urban Food Policy Pact, the first international protocol whose aim is to develop sustainable food systems.

The 11th goal is about cities, to make them “inclusive, safe, resilient and sustainable”. The rising global population, which mainly concentrates in urban areas, combined with the climate change, grants cities a major but complex role.

Waste management, the right to a healthy nutrition, food security for all, and food distribution, through sustainable low environmental impact logistics systems, are among the issues mayors have committed to face.

According to the initiative, municipal leadership must create a network of cities committed to developing sustainable and resilient food systems, through exchanging best practices and knowledge sharing.

The Milanese mayor told EURACTIV that food was at the core of some of our greatest problems, but at the same time, a vital part of their solution.

“That’s why 120 cities from all over the world have signed the Milan Urban Food Policy Pact, joining forces to build more sustainable urban food systems,” he stressed, adding that improving urban areas’ food culture and food systems will be fundamental in the next decades.

“It is therefore crucial that urban food strategies become a priority theme not only in the European Union, but at the global level. In October, in Quito, the New Urban Agenda will be adopted. We shall not lose the opportunity to change the future of our cities starting from food,” Pisapia said.

“Today (30 May) the European Urban Agenda was officially launched to create new ways of collaboration among EU cities on a number of issues, such as urban poverty, circular economy, climate adaptation and sustainable use of land and nature-based solutions,” the mayor added.

A number of global cities have started implementing strategies to improve food systems.

New York, for example, in order to fight against obesity and promote healthy diets, has adopted regulations to increase servings of fruit and vegetables in schools, thus fostering  purchasing from local producers.

In the EU, Paris has focused on urban agriculture setting an ambitious goal to develop 33 acres located on roofs and walls by 2020. This goal is part of a wider program to make Paris a greener city by creating 100 ha of green roofs and walls.

On the other hand, Milan is emphasising food waste.

Milano Ristorazione is a public company which is 99% owned by the municipality. Since its foundation in 2001, Ristorazione has been preparing and distributing 80,000 meals per day (more than 17 million per year) to nurseries, kindergarten, primary and secondary schools, retirement homes, and disability care centers.

It has also launched educational programmes like the “Io non spreco” (“I don’t waste”) initiative, which encourages pupils to take home food leftovers from lunch by giving them a special bag.

Milano Ristorazione also runs workshops in its collective kitchens for children and adults about consumer awareness.