Commission's vice president Frans Timmermans intends to keep his promise to deliver the two strategies with only a few weeks of delay, as they were supposed to be launched last 29 April. [EPA-EFE/SEEGER]

After being delayed twice, the European Commission is ready to unveil on 20 May its much-awaited food policy, the Farm to Fork Strategy (F2F), according to its weekly ‘indicative’ agenda.

The Biodiversity strategy, equally crucial for the agri-food sector, is expected to be presented together with the F2F the same day, the new schedule says.

The date is to be confirmed and may be subject to change, as the schedule is non-binding, but Commission’s vice president Frans Timmermans intends to keep his promise to deliver the two strategies with only a short delay after they were supposed to be launched on 29 April.

An EU spokesperson told EURACTIV that the ‘liste des point prévus’ remains a tentative agenda and that the final schedule for every college meeting is only determined the Monday ahead of that college meeting by the heads of cabinets.

“It’s going to be a strong proposal,” Timmermans said recently during a hearing with MEPs in the European Parliament’s environment committee.

The Commissioner added that the proposal will make clear the intimate link between both the biodiversity strategy and the F2F on topics such as pesticides.

Timmermans will be heard on Thursday (7 May) by MEPs on the Parliament’s Agriculture and Rural Development Committee on the ways to ensure the sustainability of EU farming after the coronavirus pandemic.

Lawmakers, in particular, are expected to grill the Commission’s vice-president on how to reconcile the two strategies’ objectives with the need to stabilise the EU agri-food sector after the pandemic.

The Farm to Fork strategy (F2F) will be embedded in the EU’s flagship environmental policy, the Green Deal, and aims to make the entire food chain from production to consumption more sustainable and neutral in its impact on the environment.

Timmermans is coordinating the strategy, involving commissioner Stella Kyriakides for the food safety aspects, as well as Poland’s Janusz Wojciechowski and the Lithuanian Virginijus Sinkevičius on agriculture and seafood products.

The F2F will feature legislative actions and have specific targets for the reduction of risk and use of pesticides, as well as fertilisers, while the biodiversity strategy is expected to introduce an EU target to increase organic land within the EU.

Similarly, the European People’s Party (EPP) group has also called for a further postponement until at least after the summer, citing the “crisis caused by the coronavirus pandemic”. 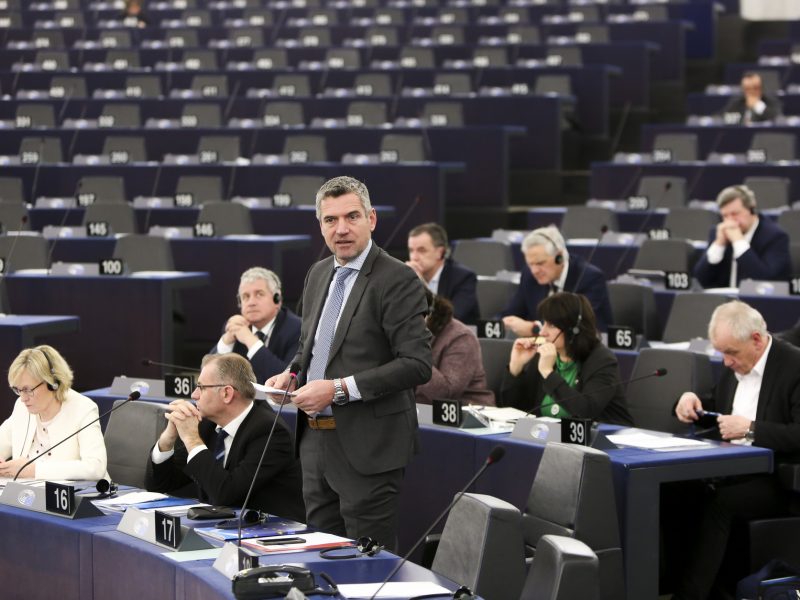 The EU’s main food and drink association, FoodDrinkEurope, said that the delay could be an opportunity to take into account the changing landscape caused by COVID-19.

For Mella Frewen, FoodDrinkEurope Director-General, the delay of the strategy was no great surprise, as COVID-19 has thrown the entire global economy into turmoil and the food system is being tested as never before

“It is important that the Commission uses this time to ensure its strategy can reflect the new world in which we live,” she said.