Honeybees flying around a honeycomb. [Shutterstock]

In experiments, the ability of bumblebees to reproduce, and the rate at which their colonies grow, were both compromised by the new sulfoximine-based insecticides, they reported in the journal Nature.

Colonies exposed to low doses of the pesticide in the lab yielded significantly fewer workers and half as many reproductive males after the bees were transferred to a field setting.

“Our results show that sulfoxaflor” -one of the new class of insecticide- “can have a negative impact on the reproductive output of bumblebee colonies,” said lead author Harry Siviter, a researcher at Royal Holloway University of London.

As with neonicotinoids, sulfoxaflor does not directly kill bees but appears to affect the immune system or the ability to reproduce.

Foraging behaviour and the amount of pollen collected by individual bees remained unchanged in the experiment.

The study has been published amid legal challenges and shifting national policies on neonicotinoids, among the most commonly used insecticides in the world.

Earlier this month Canada followed suit, announcing the phase-out of two of the pesticides widely applied to canola, corn and soybean crops.

Neonicotinoids are based on the chemical structure of nicotine and attack insect nervous systems. Sulfoximine insecticides, while in a different class, act in a similar way.

Unlike contact pesticides, which remain on the surface of foliage, neonicotinoids are absorbed by the plant from the seed phase and transported to leaves, flowers, roots and stems.

They have been widely used over the last 20 years and were designed to control sap-feeding insects such as aphids and root-feeding grubs.

Past studies have found neonicotinoids can cause bees to become disorientated such that they cannot find their way back to the hive, and lower their resistance to disease. 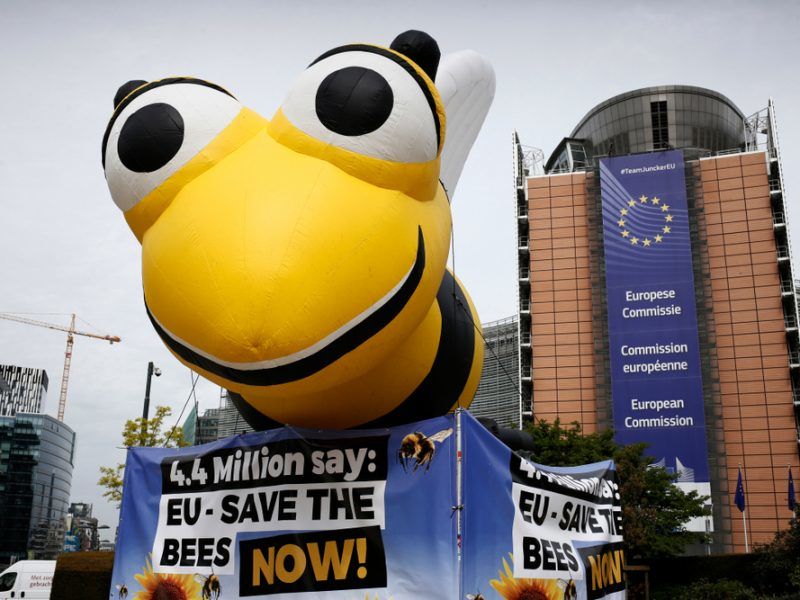