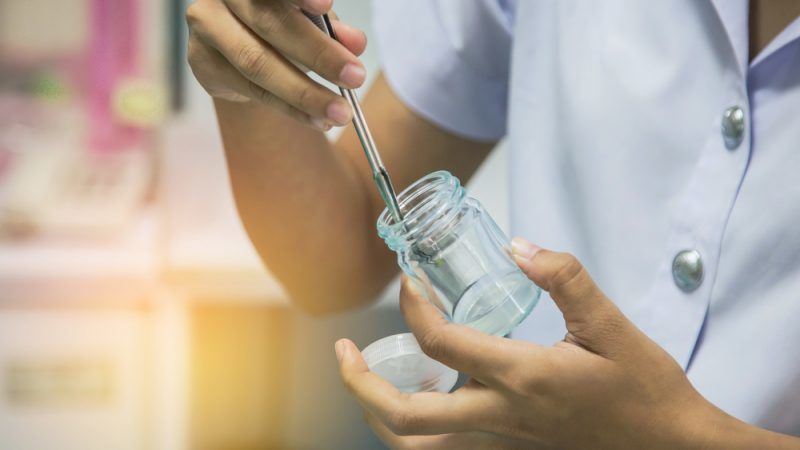 A European Commission source recently told EURACTIV that the executive hopes “important” clarity on the scope of GMO legislation. [Shutterstock]

He added that it’s not going to be a decision but a law interpretation, and then we can “move forward one way or another”.

At issue is whether these techniques should be classed as GMOs and,  therefore, fall under the strict GMO approval process.

Supporters of NPBTs argue that plants obtained through these techniques could also be the product of conventional cross-breeding techniques that mimic natural processes and hence cannot be considered genetically modified organisms (GMOs).

On the other hand, opponents insist that these techniques should fall under the GM legislation and accuse the agri-food industry of trying to bring GMOs in Europe through the back door.

It seems that the ECJ’s ruling on the issue will also determine the Commission’s stance. The court ruling on the “mutagenesis” case was expected in May, but sources told EURACTIV that it would most probably be published in June.

A Commission source recently told EURACTIV that the executive hopes for “important” clarity on the scope of GMO legislation.

In January 2018, ECJ Advocate General Michal Bobek published his opinion, saying that mutagenesis is, in principle, exempted from the obligations in the GMO directive. His opinion is not binding but is rarely ignored by the Court.

The Advocate General’s opinion was hailed by EuropaBio, which represents the biotech industry groups in the EU.

“The advocate general’s opinion demonstrates that necessary steps are being taken towards clarifying the regulatory status of products that have been developed using the latest biotechnological tools and applications. We trust that the forthcoming ruling will contribute to establishing regulatory clarity,” said John Brennan, EuropaBio’s secretary-general.

Along the same line, EU farmers call for a “certain” legal framework in order to invest in these new techniques, which they consider crucial to face increasing environmental challenges, such as floods and drought, as well as increased food demand due to the rise of population.

“We need to develop new plant varieties which are, for example, resistant to water and heat stress, as a way to adapt to climate change,” said Thor Korfoed from EU farmers’ union Copa-Cogeca.

In addition, EU farmers have warned policymakers that unless immediate action is taken, Europe will lag behind the US when it comes to biotechnology.

On 28 March, the US Department of Agriculture (USDA) decided not to regulate plants that could otherwise have been developed through traditional breeding techniques, as long as they are not plant pests or developed using plant pests.

“If we don’t act now, we will put ourselves in the hands of a few multinational American companies,” Copa said.

But for Greenpeace, there is no such a danger as GM regulation has always been very different between the US and the EU.

“That hasn’t disadvantaged EU farmers in any way in the past, and we don’t expect that it will in the future,” Greenpeace told EURACTIV.

Not all questioned will be answered

Greenpeace’s hope is that more and more EU farmers will be able to offer food that is completely GM-free.

“Consumer demand for such food is strong, and GM-free labelling schemes are expanding quickly. That should be a strong motivation for farmers to steer clear of the dead-end road that GM farming represents in the US and a handful of other countries.”

Franziska Achterberg, food policy director at Greenpeace EU, said the court’s decision would not answer all the questions about what is in or out of the scope of the EU’s GMO law, as it will concern the scope of the mutagenesis exemption.

“In the end, it is up to the European Commission and EU national governments to properly apply the law. This is the bare minimum that Europeans should expect. But so far, the Commission has dragged its feet. It has yet to explain, for example, how the EU will ensure that there will be no imports of new GM crops without mandatory traceability and labelling.”

Achterberg also added that there would be other relevant court rulings, such as in the German case about Cibus’ gene-edited oilseed rape, which may help further in defining the scope of the EU’s GMO law.

The biotech industry has urged the European Commission to “show leadership and positive commitment” to plant breeding innovation - which environmentalists and farmers largely oppose - and to provide clarity on agricultural innovation in general.