UK Environment Secretary Theresa Villiers said that this is "one of the most important environmental reforms for many years." [SHUTTERSTOCK]

Instead, the legislation sets out how farmers and land managers in England will instead receive “public money for public goods”, such as better air and water quality, higher animal welfare standards, improved access to the countryside or measures to reduce flooding.

In doing so, it aims to move the UK one step closer towards “a future where farmers are properly supported to farm more innovatively and protect the environment,” according to a statement from the UK Department for Environment, Food and Rural Affairs (DEFRA).

They add that the landmark legislation introduced yesterday is designed to provide a boost to the industry after years of “inefficient and overly bureaucratic policy dictated to farmers by the EU.”

The bill also specifies that the UK’s food security is to be regularly assessed by parliament to minimise any disruption in the aftermath of Brexit while new trade deals are ongoing. 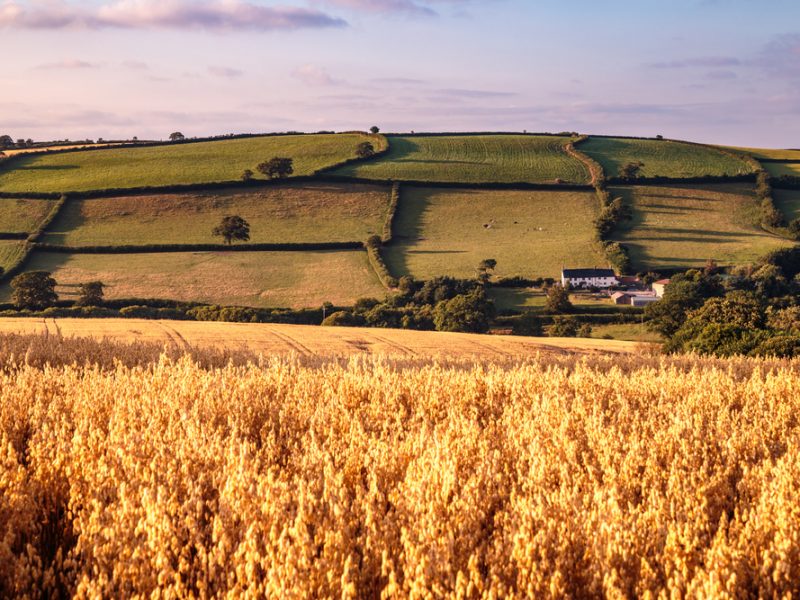 UK Environment Secretary, Theresa Villiers, said the bill will “transform British farming, enabling a balance between food production and the environment which will safeguard our countryside and farming communities for the future.”

“We will move away from the EU’s bureaucratic Common Agricultural Policy and towards a fairer system which rewards our hard-working farmers for delivering public goods, celebrating their world-leading environmental work and innovative, modern approach to food production.”

This is “one of the most important environmental reforms for many years,” she added.

However, there is still concern in some quarters that the government has not set in law its promise that UK food standards will not be lowered in any post-Brexit deal with the US.

The bill also lacks concrete assurances to farmers that future trade deals will exclude imports of foods not produced to the same health, animal welfare and quality standards as required in the EU.

In a statement on the UK National Famers’ Union (NFU) website, NFU President Minette Batters said that “this bill is one of the most significant pieces of legislation for farmers in England for over 70 years.”

“However, farmers across the country will still want to see legislation underpinning government assurances that they won’t allow imports of food produced to standards that would be illegal here.

She added that “with our future relationship with the EU, our largest export market for agrifood products, still unclear, the government must ensure farmers remain sufficiently supported to weather any economic storms ahead.”