The NGOs, which include the European Environmental Bureau, the European Public Health Alliance (EPHA), Greenpeace and BirdLife Europe, say the CAP isn’t equipped to address the challenges that farmers face in the agricultural sector.

The newest CAP, which was last reformed in 2013 and accounts for almost 40% of the EU’s budget, was unable to prevent an unfair remuneration system for farmers, the NGOs claim.

The lifting of EU milk quotas last year, combined with declining Chinese demand, changing dietary habits and a Russian embargo on Western food products in retaliation for sanctions over the Ukraine conflict, have combined to push down the prices of beef, pork and milk.

The farming sector has also witnessed a continuous decline in the state of natural resources, failures to deliver on animal welfare and land management.

While the Commission has carried out evaluations of numerous policies under its ‘better regulation’ policy approach, particularly its environmental laws, the CAP has so far been left out of this kind of evaluation.

“We need a good, open and honest debate with all stakeholders about the CAP based on five points so often touted by the fitness check: its effectiveness, efficiency, coherence with other EU policies, relevance and the added value of an EU-wide policy against national ones,” said Trees Robijns, one of the signatories representing BirdLife Europe.

“Essentially, the EU would finally have to ask itself (and answer) the question: Is the CAP fit for purpose?” Robijns asked.

An evaluation of the CAP would be timely, the NGOs stress. As Europe experiences rising levels of Euroscepticism and many governments are facing severe budget constraints, it could verify whether the CAP is good value for money.

In a recent interview with EURACTIV, Agriculture Commissioner Phil Hogan highlighted that the CAP is always part of “ongoing studies and internal discussions” and that “the CAP is not static.”

“It has evolved considerably over the last 20 years. Indeed, many of the elements of the 2013 Reform are phased over several years – such as the fairer distribution of CAP Direct Payments within and between member states, or the greening requirements aimed at halting monoculture and soil sealing, which are only starting to have an impact now,” he said. 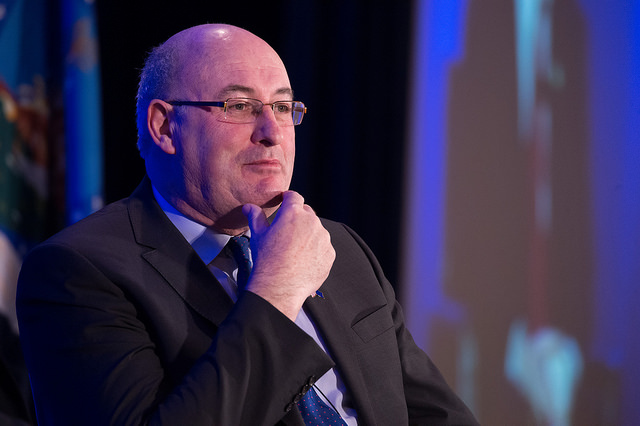 Opening up to new markets in Asia and Africa has helped the EU become a net exporter of agricultural products, Phil Hogan told EURACTIV.com, responding to criticism of trade deals.