Dr Reiter, Head of Research and Development, Crop Science at Bayer, said glyphosate might be a “once in a lifetime product”. [Photo by Sarantis Michalopoulos]

Speaking to EURACTIV on the sidelines of the Future of Farming Dialogue event in Monheim, Dr Reiter, who is the head of research and development, crop science at Bayer, said glyphosate might be a “once in a lifetime product”.

“We and our competitors have been investing since the 70s when glyphosate was introduced. And we still don’t see a molecule with the same capabilities that glyphosate has,” Reiter said.

Following a heated debate, EU member states in November 2017 renewed the approval of glyphosate, the world’s most commonly used weedkiller, for five years and can now be used as an active substance in Plant Protection Products (PPPs), until 15 December 2022.

For the next assessment, four member states are responsible: France, Hungary, the Netherlands and Sweden.

The glyphosate debate in Europe has sparked intense reactions.

In an interview with EURACTIV last May, EFSA boss Bernhard Url said the next re-authorisation process should also include an assessment of a potential ban of the substance in terms of food availability, biodiversity and farmers’ income.

Bayer has vowed to spend roughly €5 billion over the next 10 years in the area of weed control and according to Reiter, a big piece of this investment will be earmarked to give growers more choices.

“We also don’t want customers to only be reliant on greatest glyphosate […] and if that cannibalises glyphosate use to some extent, that’s fine with us, as long as it makes good sense for the grower and offers better productivity, but then also more sustainability,” Reiter added.

“What we’re trying to achieve is, I wouldn’t say replace glyphosate, maybe, as much as to complement glyphosate. Any new molecule takes somewhere between 12 to 15 years to develop in the pipeline. It’s a very long time,” he added.

EURACTIV also discussed with Dr Reiter the issue of plant breeding innovation and the EU framework to regulate it, following an EU Court decision that complicated things.

In July 2018, the European Court of Justice (ECJ) ruled that organisms obtained by mutagenesis plant breeding technique are genetically modified organisms (GMOs) and should, in principle, fall under the GMO Directive.

The term New Plant Breeding Techniques (NPBT) describes a number of scientific methods for the genetic engineering of plants to enhance factors like drought tolerance and pest resistance.

The US government strongly criticised the court ruling as a setback, while the EU’s Agriculture Commissioner Phil Hogan was “surprised” by it. On the other hand, it was hailed by environmental NGOs who said it prevented GMOs from entering the EU market from the backdoor. 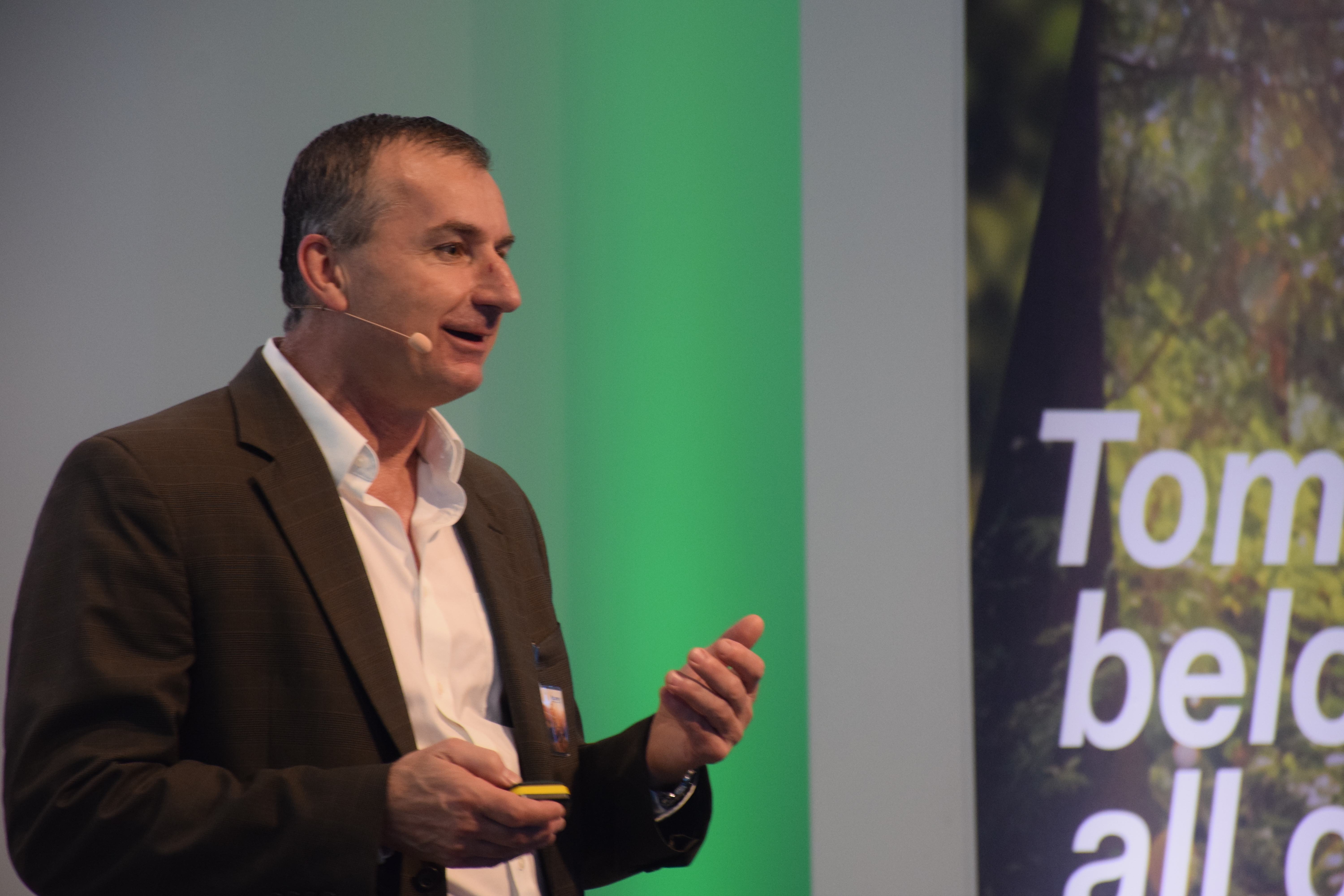 “Gene editing, in theory, can do very simple things that look just like nature. It can also be very complex engineering that look like a GMO.” [Photo by Sarantis Michalopoulos]

For Dr Reiter, the legislation that regulates genetically modified products could be reopened. “And in that, maybe one can see legislation that sort of makes, it has a different path for gene editing […] and there are pros and cons to that, honestly.”

Regarding a new regulatory framework, he said we have to be careful.

“Gene editing, in theory, can do very simple things that look just like nature. It can also be complex engineering that looks like a GMO. So given that breadth, I think it’s going to be a little bit tricky just to set aside and create new legislation that’s unique for gene editing,” he said.

For Dr Reiter, there is a middle solution, which classifies the techniques between simple and more complex.

“One path could be the following: that we have product candidates enter into the regulatory framework that exists as they sit today for gene editing. Because I do think there’s a possibility that we could envision if the edit is quite simple,” he said.

He said regulators could choose what the dossier of information is going to be required to deregulate it.

“It could be something where, if it’s a simple gene edit, it’s very light. And if it’s a much more complex, you know, much more complex change, then maybe it has much more significant dossier requirements somewhat similar to what a GMO is,” he added.

The European Commission is ‘less political’

Referring to the new EU executive, which is due to take office on 1 November, the Bayer official said the whole topic of sustainability, environmental responsibility and biodiversity are strong themes. “Politically, I think they are going to have an influence on how the Commission will act on certain things,” he said.

He added that, in general, the European Commission tends to be honestly less political in terms of how it decides things than the member states.

One response to “No ‘magical’ alternative to glyphosate in the next 5 years, Bayer official says”