Virginijus Sinkevičius at the launch of the Circular Economy action plan on Wednesday (12 March). [KOBUS/EC]

EU environment chief Virginijus Sinkevičius insists there will be no unnecessary overlap between the new circular economy plan and the Farm to Fork strategy (F2F), as new EU food policy will be focused more on the agricultural and food production side.

Although expected to cover the entire food supply chain as the name ‘Farm to Fork’ suggests, Sinkevičius told reporters that the F2F will focus on agriculture, aquaculture and sustainable food production, while the circular economy action plan is more geared towards “economic activities.”

The EU executive estimates the bloc’s GDP could increase by an additional 0.5% by 2030 with the creation of 700,000 new jobs as a result.

Both the circular economy action plan and the F2F have the same overarching objective of reducing unsustainable resource use by promoting sustainable production and consumption and reducing waste generation, Sinkevicius told EURACTIV in a recent interview. 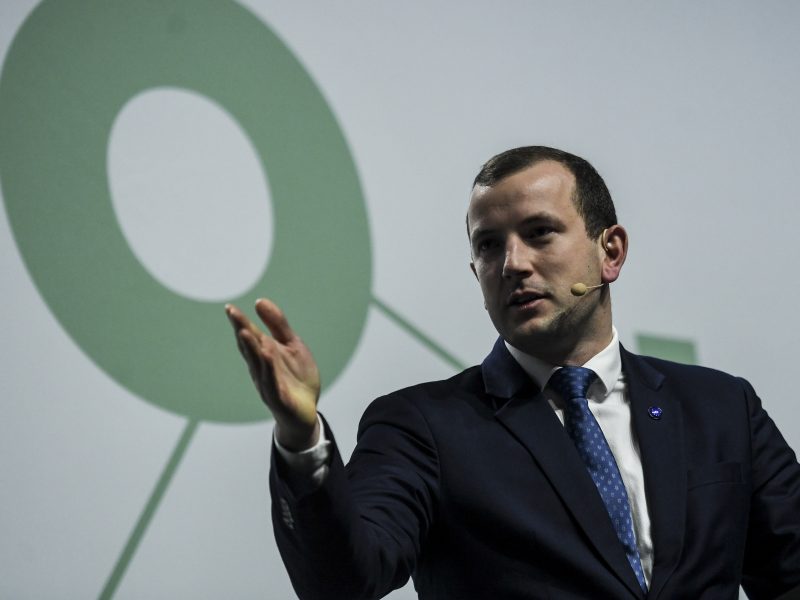 Both strategies are also embedded in the EU’s environmental flagship policy, the Green Deal, which makes dividing topics up between the two Commission initiatives an easier task.

For instance, the circular economy plan explicitly mentions that, although relevant for the circularity concept, a target on food waste reduction will be a ‘key action’ under the F2F.

In the latest leaked draft of the F2F seen by EURACTIV, the Commission seems willing to work towards setting an EU-wide binding target for food waste reduction, based on the food waste measurement methodology adopted in 2019 and member state data.

The circular economy plan’s measures deal more with reducing over-packaging and packaging waste, as well as with the concept of re-use and recyclability of packaging.

“We need to look up how much of the packaging is used actually and do it together with businesses,” Sinkevicius told reporters, adding that the industry is interested in using fewer resources and presenting new solutions.

Among the “drastic solutions” proposed by the Commission, there is a renewed focus on tackling plastic pollution by reducing its use in manufacturing products.

“It’s important to have two pillars, which are biodegradable packaging and recyclable packaging,” Sinkevicius said.

A policy framework for bio-based plastics and biodegradable or compostable plastics is expected to be presented by the end of the year.

The Commission will also come up with a legislative initiative on reuse to replace single-use food packaging, tableware and cutlery with reusable products in food services by 2021.

Rules for the safe recycling into food contact materials of plastic materials other than PET are in the pipeline too, according to the action plan.

The circular economy strategy will also try to shed light on the risk and occurrence of microplastics in the environment, drinking water and foods.

Last year, the World Health Organisation (WHO) made a first attempt to assess the impact on human health of microplastics, which several studies have detected in marine water, wastewater, fresh water, food, the air and drinking water.

The UN health agency concluded that plastic pollutant nanoparticles in both tap and bottled water do not pose an apparent health hazard but that more research and evidence are needed.