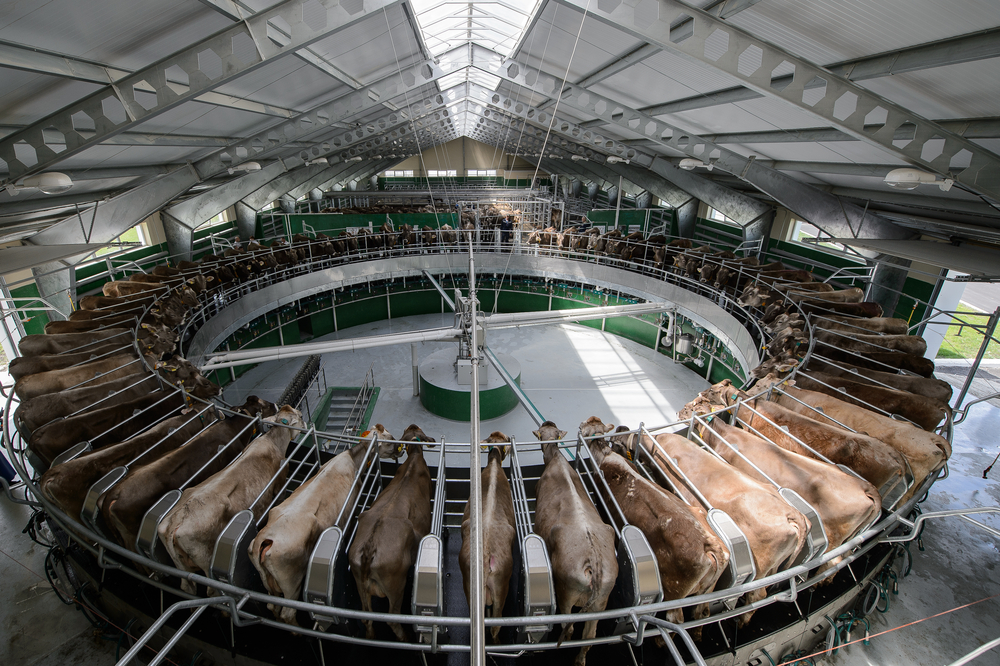 German farmers could take 286,000 tonnes of milk off the market. [Shutterstock]

Thousands of German farmers are set to cut their milk production in order to qualify for EU funding. EURACTIV Germany reports.

Yesterday (26 September), the ministry was sifting through 9,947 applications, most of which came from Bavaria, Lower Saxony and North Rhine Westphalia. This meant that about one in seven dairy farmers in Germany applied for aid, which will apply to the period of October to December.

German farmers: 'Aid is not going to help active farms'

The aid package coming the way of milk farmers will only be of help if funds are not tied to targets on reducing production, the Secretary-General of the German Farmers’ Association told EURACTIV.de. However, he did downplay the impact Brexit will have on the sector.

As such, production will be compared with the last quarter of 2015 in order to calculate any aid due to farmers. If the farmers that have submitted applications implement their reductions, then some 286,000 tonnes less of milk could be produced and the same farmers could benefit from around €40 million in aid. Farmers are encouraged to reduce milk production by adapting the amount of feed they give their livestock.

The EU’s milk reduction programme is backed by about €150 million, which could see about a million tonnes less milk produced in the EU. Germany is currently the bloc’s largest producer and 33 million tonnes is forecasted for 2016.

Hit hard by the Russian food embargo, farmers from the Baltic countries and Finland have urged EU politicians to be more effective in finding new markets, as well as continue  dialogue with Moscow to overcome the food ban deadlock.

The EU is also making a further €350 million in direct aid available, of which Germany will benefit from about €58 million. Germany’s Agriculture Minister Christian Schmidt (CSU) wants to double this figure with funds from the national budget.

After milk quotas were scrapped nearly 18 months ago, far too much milk has been produced by the member states, leading to a collapse in prices and many farmers fighting to stay afloat.

Schmidt has welcomed the EU’s involvement in trying to reduce milk production, but has urged the sector to develop “future-proof market structures”. He ruled out any chance of state regulation on milk prices.