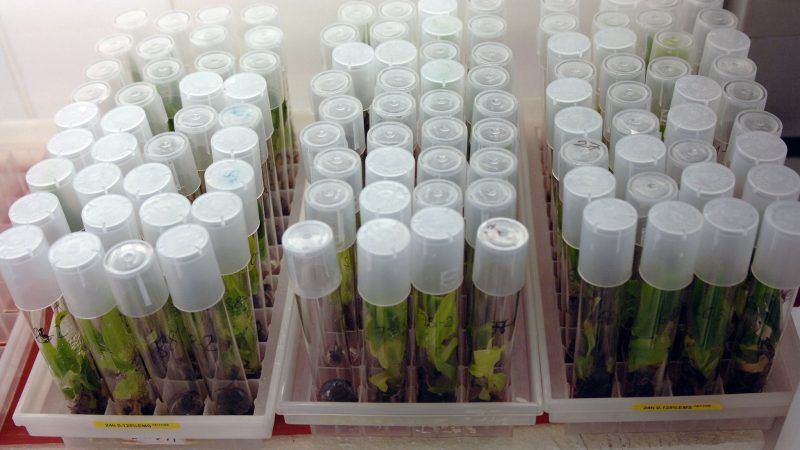 European Coordination Via Campesina: “Copying nature is not a patentable invention.” [IAEA Imagebank/Flickr]

The European Court of Justice will decide on Wednesday (25 July) if the so-called new plant breeding techniques (NPBTs) fall under the GM legislation, in a highly anticipated ruling that has divided the relevant stakeholders

On the one hand, supporters of these techniques say they will be an innovation breakthrough for EU agriculture, while others, mainly environmental NGOs and Green politicians, warn that the agri-food industry wants to bring GM products to Europe through the back door.

Advocate General Michal Bobek issued his opinion last January, saying that organisms obtained by mutagenesis – the case which is under examination – are, in principle, exempt from the obligations in the GMO directive.

His opinion is not binding but it rarely differs from the Court’s final ruling.

What the Commission wants

The European Commission expects that this particular ruling will provide clarity regarding the GM legislation scope.

The executive has made clear that the case concerns law interpretation but notes that a broader reflection on innovation is needed.

“We look forward to the preliminary ruling. In general, broader EU reflection on new breeding techniques and innovation in the seeds sector is needed and is ongoing. The Court decision will offer an opportunity to clarify some aspects of the matter,” an EU spokesperson told EURACTIV.

In an interview with EURACTIV, Health Commissioner Vytenis Andriukaitis said: “It’s an issue related to the interpretation of existing law. The European Commission has no right to interpret the law and this is the difficulty. We can present an opinion but not to say something is okay or not. It’s about law interpretation and this is in the hands of the European Court of Justice”.

He added that it’s not going to be a decision but a law interpretation, and then we can “move forward one way or another”. 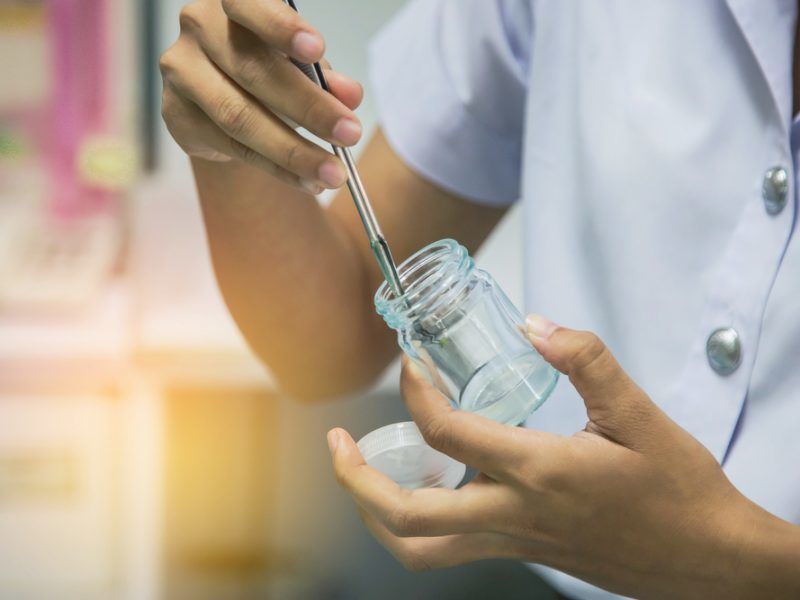 EASAC: There is no time to lose

For the European Academies Science Advisory Council (EASAC), a body representing the national science academies of all 28 EU member states, the decision will be crucial for agricultural innovation in Europe.

“It is expected that the decision will clarify the status of certain new plant breeding techniques, including genome editing. We welcome the efforts to resolve current legislative uncertainties. New Breeding Techniques have the potential to contribute to intensifying crop productivity, sustainable agriculture and the response to climate change,” EASAC recently said in a statement.

EASAC insisted that a product that does not contain foreign DNA should not fall under the GM legislation.

“The potential costs of not using a new technology, or being slow in adoption, must be acknowledged. There is no time to lose in resolving the problems for food and nutrition security in Europe,” EASAC warned.

For EASAC, new technologies should be evaluated according to the scientific evidence base.

“More broadly, there should be full transparency in disclosing the process used and the EU should seek to regulate the trait and/or product rather than the technology used in generating that product. That is, when considering safety issues, the focus should be on assessing whether the novel attributes of the plant might represent a risk to the environment or human health, irrespective of the breeding technique employed.”

The role of NPBTs could also be valuable in the Commission’s plans for an EU-wide protein strategy in the future, according to the EU farmers’ union Copa-Cogeca.

EU demand amounts to around 45 million tonnes of crude protein per year, of which one third is met by soya. The EU self-sufficiency in soya is only 5%.

For this reason, the executive launched in February an online stakeholder survey about the possible development of an EU-wide protein plan.

“The EU is very competitive with other arable crops, such as wheat (energy-protein mix) […] we talk about multiple sources of proteins. We know that protein crops potentially are good for the environment (for instance nitrogen-fixing leguminous species), but they need a boost for their performance by modern plant breeding techniques (NPBTs).”

The dependence on multinationals

Critics, on the other hand, fear that the farmers’ dependence on multinational seed corporations will significantly increase.

The Corporate Europe Observatory (CEO) says that the patents to emerge from these techniques will basically increase the pressure on farmers by making them more dependent.

A similar view is shared by MEP Bart Staes from the Greens/EFA group.

“These patented organisms have the potential to only further increase our dependence on agri-chemical multinationals and perpetuate the cycle of pesticide pollution, unfair pricing and the destruction of ecosystems,” he said.

The Belgian MEP emphasised that new techniques should be subject to the same impact assessments and labelling requirements as existing GMOs.

“Especially because recent scientific publications show that these new techniques might not be as precise as some claim them to be, as they show unintended effects,” he noted.

“Modifying the concept of what is considered genetically modified cannot be used as a way of avoiding EU checks and balances on biotechnologies,” he underlined, adding that EFSA should have a role in that.

‘Copying nature is not a patentable invention’

According to the Corporate Europe Observatory (CEO), the industry is putting pressure to avoid heavy regulation on its “new generation of GM products”.

“With dozens of patents for new GM techniques already filed, the patent holders including big agrochemical corporations like Bayer/Monsanto, BASF, and Dow Agrosciences have great financial stakes in keeping the regulation for their techniques as minimal as possible – at the possible expense of public health and the environment,” CEO said.

“If successful, the biotech industry lobby campaign could lead to new GM organisms and foods entering the environment and the food chain untested, unlabeled and non-traceable,” CEO added.

For the European Coordination Via Campesina, an association of small farmers, the fact that these products are all patented is proof that the techniques used do not “do the same as nature” as the biotech industry claims.

“Copying nature is not a patentable invention.”