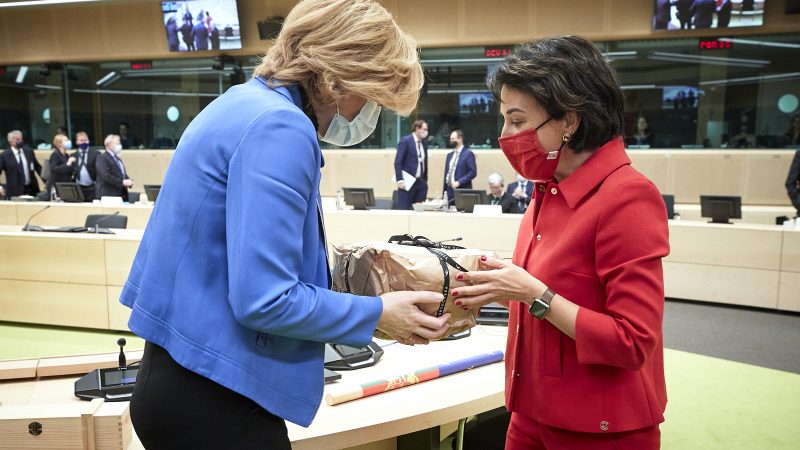 The handover ceremony between Germany's agriculture minister Julia Klöckner and Portuguese counterpart Maria do Céu Antunes, who's now tasked with wrapping up talks on the reform of EU's farming subsidies. [EU]

Portugal’s agriculture minister Maria do Céu Antunes will by the end of March convene a joint negotiation meeting with all three rapporteurs in the European parliament to seek a breakthrough in Common Agricultural Policy (CAP) talks.

The ‘super trilogue’, as it has been deemed by the rotating Portuguese presidency, will be held following the EU Agrifish council scheduled for 22-23 March, EURACTIV has learnt.

The reform of the EU’s main farming programme is currently at the trilogue stage, meaning that interinstitutional negotiations are ongoing between the Portuguese presidency on behalf of EU ministers and MEPs.

Although the Portuguese presidency is the single interlocutor on each file, the European Parliament is represented at the talks by one negotiator for each dossier, conducting separate negotiations.

According to the Portuguese presidency, a ‘super trilogue’ is needed for a comprehensive and systematic assessment of the three regulations that make up the CAP reform.

The Parliament and the EU Council, together with the Commission which will join the talks to advise lawmakers, have met so far 45 times between technical meetings and official trilogues.

The Portuguese agriculture minister Antunes highlighted that March will be crucial in planning the negotiation process, as talks approach the agreement stage.

“I am optimistic that March will be a decisive month to give an impulse to the negotiations,” Antunes said.

She added that this last push will reveal the commitment of each party in bringing their positions closer and reaching a political agreement in May.

The presidency is also promoting a set of initiatives including meetings with the chair of the European Parliament’s agriculture committee (COMAGRI), the German Christian-democrat Norbert Lins, as well as with EU’s agriculture Commissioner Janusz Wojciechowski.

Contacted by EURACTIV, Norbert Lins praised this new push coming from the presidency, saying it is a good sign that CAP trilogues are moving forward now.

Speaking to EURACTIV’s partner Lusa, Antunes said she will meet Lins and Wojciechowski by the end of the week.

In an interview with EURACTIV at the beginning of the presidency, Antunes said that concluding CAP negotiations is one of the main goal of the Portuguese rotating presidency. 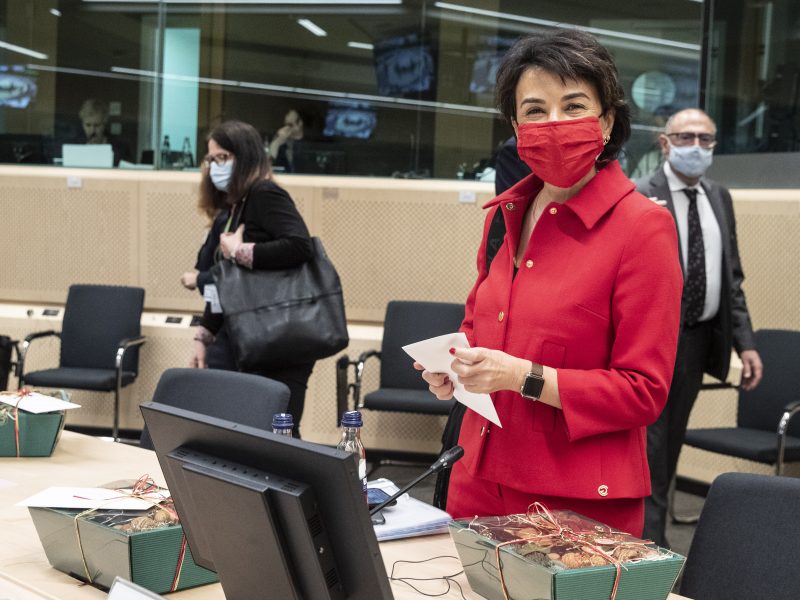