The protest saw more than 400 European civil society organisations and over a thousand people take to the streets to call for "radical" changes to the EU's Common Agricultural Policy (CAP), with protests due to continue over the coming days. [FLICKR]

As Germany currently chairs the rotating presidency of the EU Council, Klöckner is tasked with leading the negotiations on the EU agricultural reform to a political conclusion in the Council.

Prior to the actual meeting of the ministers on 1 September, Klöckner invited her counterparts from across the EU to her home region of Rhineland-Palatinate for informal talks about EU farm subsidies and lessons learned from the COVID-19 pandemic.

The protest, organised by a German campaigning platform for sustainable agriculture, Wir haben Agraindustrie satt! (“We are fed up!”), saw more than 400 European civil society organisations and more than a thousand people take to the streets, calling for “radical” changes to the EU’s Common Agricultural Policy (CAP).

An open letter addressed to the ministers and made available to EURACTIV, demanded reforms able to meet the objectives of halting biodiversity loss, climate neutrality, and animal welfare while offering support for measures that enable farmers to invest in an ecological transition.

The letter also highlighted the importance of strengthening the EU’s food sovereignty, saying that the coronavirus pandemic has shown that this must be a priority.

“This requires the EU to redefine the purpose of the CAP and trade agreements, which currently threaten food sovereignty in Europe and other regions,” it read, highlighting fears over “cheap and unsustainable imports and exports” and stressing that the CAP and current EU trade policy “harms our ability to sustainably feed European communities”.

>1.000 farmers and activists rallied in #Koblenz for #AGRIFISH Council, telling EU AGRI ministers to take a radical U-turn in the reform of the #CAP. With civil society across Europe we demand: Do not compromise our future! #GoodFoodGoodFarming #AgrarwendeAnpacken pic.twitter.com/ETkMwo9PAB

“We are now literally fighting fires on all issues: the soil and harvests suffer from drought and intensification, insects are dying, animal welfare and working conditions are being abused to cut costs, and diverse, smaller-scale farms − which are essential for local food production − cannot survive the intense competition for land and cheap food.”

She called on the EU to “discontinue blind payments to agro-businesses,” emphasising that “all public investments should exclusively support farmers in delivering the agro-ecological transition to reduce emissions and environmental impacts and improve animal and social welfare.”

“The reform must align agriculture policies with the EU Green Deal and the recently published Farm to Fork Strategy,” said Eric Gall, policy manager at organics association IFOAM EU, stressing that the EU’s farming subsidy policies “must underpin these goals and help farmers to transition to organic and agroecological farming.” 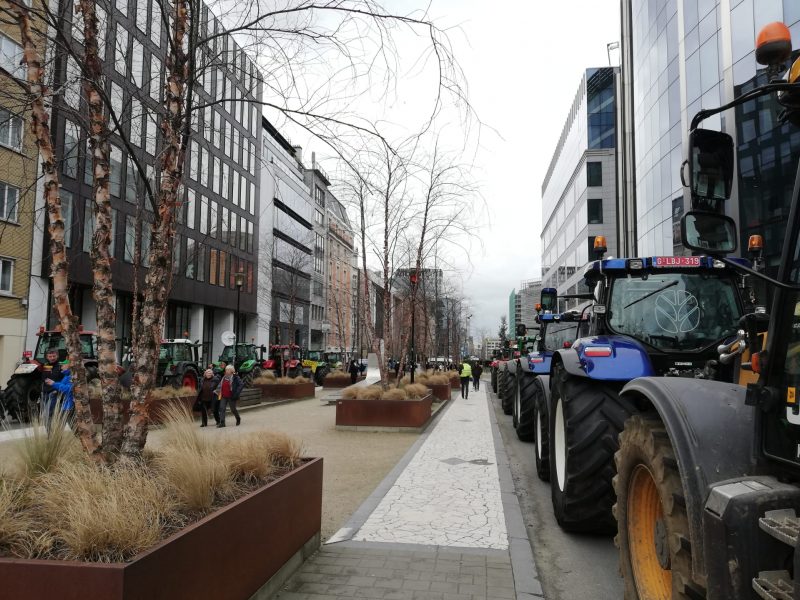 EU farmers association COPA-COGECA also issued video messages in the lead up to the meeting, urging ministers to learn from the lessons from the COVID-19 crisis and work to strengthen the EU’s farming sector.

Speaking on a video shared on the organisation’s Twitter account, Copa President Joachim Rukwied  underlined that a strong Europe “can only subsist with strong farming families and with strong rural areas.”

“The coronavirus crisis has shown how important it is to supply the population with local, high-quality food,” he said, adding that this can only be achieved through a competitive agricultural sector and a level playing field for farmers.

“Security of supply and maintaining competitiveness must be the centre of the discussions of the agriculture ministers,” he urged.