The Commission has planned to deliver before 2023 an overarching framework that will provide a basis to ensure policy coherence at EU and national level. [SHUTTERSTOCK]

Reconciling all the numerous policy areas involved in the Farm to Fork (F2F) strategy within one coherent framework has become one of the toughest challenges in the implementation of the EU’s new flagship food policy.

As for any Commission initiatives with impact on various policy areas, the F2F has been prepared based on cooperation and consultation among all Commission services concerned, a Commission source told EURACTIV.

In the context of this strategy, the Commission has planned to deliver before 2023 an overarching framework that will provide a basis to ensure policy coherence at EU and national level, as well as mainstream sustainability in all food-related policies.

The framework on sustainable food systems will set out general principles and requirements that will underpin the development of future legislation in food-related policies, including possible reviews of the existing acquis.

As there is clearly an urgency to act, the Commission told EURACTIV that proposals in this specific legislative framework, for which there will be mature preparatory work, will come forward already before 2023.

But until then, the issue of coherence between different pieces of regulation forming the F2F and their coexistence with ongoing EU policies adopted in the past seems to remain questioned by stakeholders and even lawmakers.

According to Yves Madre, a former adviser to the European Commissioner and co-founder of the think tank Farm Europe, the real issue is balancing the timing of the F2F implementation and the post-2020 CAP.

Madre recalled that the CAP reform is currently under negotiation and will be implemented as from 2023, meaning that national strategic plans will have to be finalised in early 2022 to be approved by the Commission in 2022.

However, the EU executive foresees the revision of the pesticides directive with its proposal to be filed in 2022. Consequently, the new legislation that will enforce the Farm to Fork targets on pesticide reduction could not be approved before 2023-24.

For Madre, this will create a situation where the first national strategic CAP plans will be approved taking into account existing rules, but will then need to be adjusted after just two years, jeopardising the certainty that any economic sector needs.

“On land preservation or organic farming, the link with the CAP negotiations is still a question mark,” he said, adding that co-legislators are now asked to give clarity and deliver efficiently when it comes to bringing together environment and economy in the farming sector.

Another source of concern is the different regulatory pace that affects technology to apply to agriculture and that creates a situation of multi-speed innovation.

For instance, while the current CAP has already provided incentives when it comes to the digitalisation of farming practices, the Biotech directive dealing with genetic innovation dates back to 1999.

“It’s true that innovation runs much faster and it’s even more true in the regulatory process of the European Union that takes into account the decisions of many policy-makers,” recognised Tassos Haniotis, director for strategy, simplification and policy analysis at the Commission’s DG AGRI

A Commission source told EURACTIV that in order to cope with this multiple-speed innovation, it is important that legislation contains the necessary clauses allowing for adaptations to take account of technical developments and innovation.

Trade in line with climate goals

The Commission is also feeling the push of lawmakers on re-evaluating its trade goals and its ongoing trade negotiations and agreements.

“We need to be coherent in our policies, which means: trade agreements have to be in line with our climate goals and with the Farm to Fork strategy,” said MEP Thomas Waitz, co-chair of European Greens.

A litmus test will be the free trade agreement with the countries of the Mercosur, which the European Parliament will deal with next autumn.

“Every product imported into the EU has to fulfil the same standards as European products, which should be in line with environmental protection, pesticide use and fair wages for workers,” Waitz continued, adding that if the imported products do not fulfil these standards, punitive tariffs have to be applied.

Not starting from the scratch

The challenge of holding together legislation approved in the past could be easier considering all the good things done so far.

“We don’t start from scratch: we have already lots of useful tools in the current CAP,” said Pierre Bascou, director in charge of sustainability and income support in DG AGRI.

He mentioned environment measures, greening, cross-compliance and other CAP instruments that already deliver positive elements for the environment.

“What we want to do in the future is to improve the effectiveness and broaden the scope of these instruments in a more strategic and targeted approach,” he concluded.

Likewise, experienced socialist MEP Paolo De Castro said that, for instance, the long process by which the EU is reducing its use of pesticides in agriculture is at an advanced stage.

“We have been doing this for years in Europe, unlike other continents,” he said, adding that what the Green Deal says is that the lawmakers need to speed up this process and provide farmers with real alternatives.

“Farmers are ready and able to embark on this transition quickly. But we need to give them concrete solutions,” he concluded. 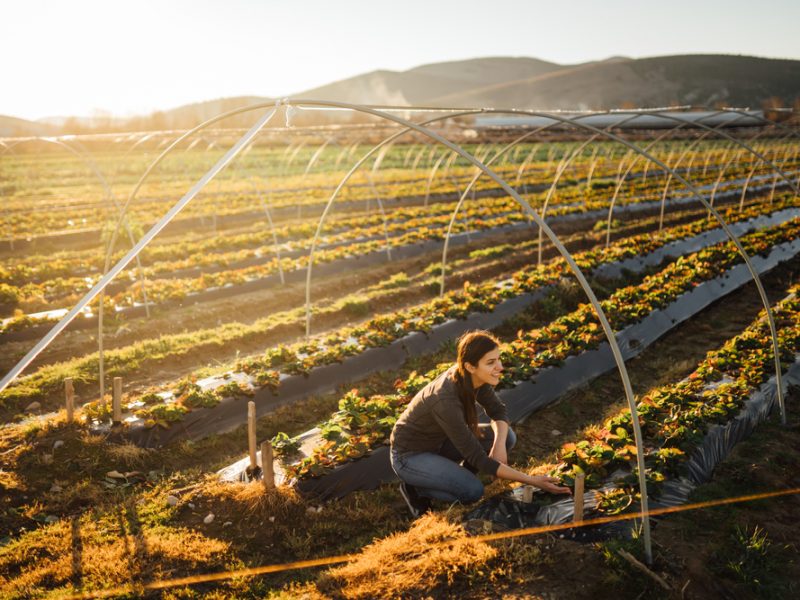 Farm to Fork: In search of a solution-oriented approach

The debate on targets has inevitably prompted extensive attention before and after the launch of the Farm to Fork strategy (F2F) and other crucial aspects, like its practical implementation, have been neglected so far.