The Concord aidwatch 2020 suggests that the EU’s Common Agricultural Policy must be reoriented and aligned with the UN 2030 Agenda. [SHUTTERSTOCK]

The lack of a comprehensive green transition strategy in the EU’s external action on agriculture reduces the chances of achieving global nutrition security, a new NGO report has found.

The Concord Aidwatch 2020 surveys how the EU, the world’s largest donor, spends official development assistance (ODA) to third countries in the context of its international cooperation programme.

The report notes that food security will remain a priority ODA policy as increasing hunger is set to be one of the most dramatic indirect consequences of the COVID-19 outbreak, exposing the strengths and weaknesses in our food systems.

However, EU donors have displayed  contradictory approaches when addressing this matter.

In particular, the EU’s external action on agriculture seems to be heavily designed by its trade deals rather than the overarching green political ambition in the Green Deal or the core aspects of the Common Agricultural Policy (CAP).

According to Concord, this could “cripple the chance of achieving global nutrition security.” 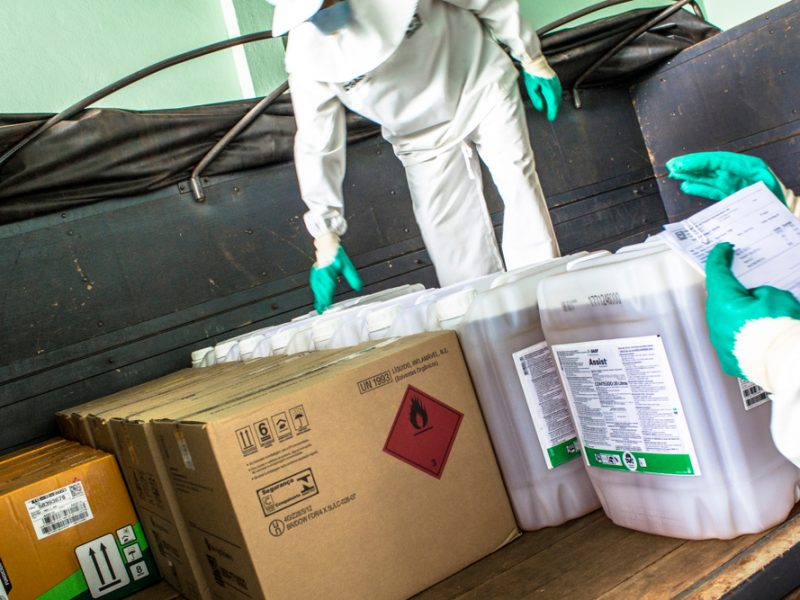 The new flagship food policy, the Farm to Fork strategy (F2F), aims to make the European food system a global standard for sustainability.

“The transition towards sustainable food systems cannot be successfully achieved by the EU alone,” said Food Safety Commissioner Stella Kyriakides in an interview with EURACTIV.

Likewise, the report states that “efforts to tighten sustainability requirements in the EU food system – such as the Farm to Fork strategy – must be accompanied by policies that help raise standards globally, to avoid the externalisation and export of unsustainable practices.”

Establishing formal and sanctioning grievance mechanisms in trade and economic partnership agreements should be seriously considered, the report reads.

The Concord report also suggests that the CAP, the EU’s farming subsidies programme, must be reoriented and aligned with the UN 2030 Agenda.

Commissioner Paolo Gentiloni, who is also tasked with oversighting UN 2030 Sustainable Development Goals (SDGs), warned on Monday (26 October) that “because of the pandemic, the SDGs might reverse years of progress.”

The report has found that only a small proportion (16%) of aid programmes put forward by Belgium in the agricultural sector really incorporate agroecological principles, which are essential for achieving Agenda 2030.

The author of the Concord’s report stressed that a decisive move towards agroecological production systems is urgently needed to effectively respond to challenges of climate mitigation and adaptation, and of restoring soils.

Concord calls on the EU prioritise people-centred interventions that strengthen small-scale agriculture and food security in a socially just and equitable manner.