As Europe’s biggest poultry producer and exporter, Poland’s situation could pose a threat to other countries.

According to a European Food Safety Authority (EFSA) report, a serious outbreak in 2016 traced to Polish farms led to an estimated 500 cases of salmonella in humans, at least two of which were fatal – a five-year-old in Croatia and another person in Hungary.

A number of reported salmonella outbreaks in Europe traced to Polish poultry and egg farms has risen significantly in 2017.

As of 31 July, 29 cases of Salmonella originating from Polish products have been reported by 14 other EU countries to the European Commission’s Food Safety Alert system. This compares to a total of 27 for the whole of 2016 and 17 in 2015.

While 2016 saw Polish Salmonella cases increase for the first time in years, especially the second half of the year when 6,337 cases were reported, 2017 so far has been even worse.

In January, the number of illnesses increased by 36.9%. Before the summer, 4,247 patients were treated for Salmonella contamination, which is the worst rate since 2007, according to the Polish National Institute of Public Health.

Eradicating Salmonella has been one of the European Commission’s biggest food safety successes in the past decade; however, a legislation deadlock on formaldehyde used in animal feed has raised eyebrows in EU member states. 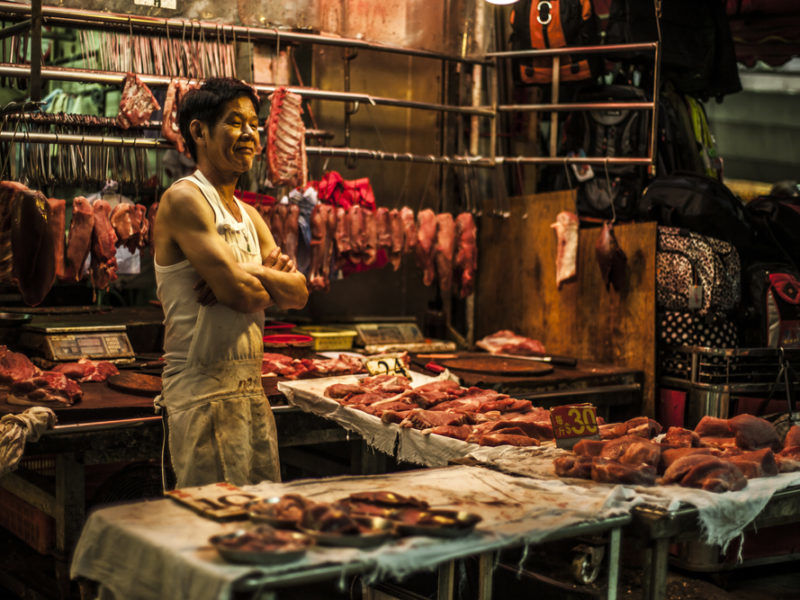 Formaldehyde is used as a feed additive in poultry and has been on the EU market for several years.

Recognised as carcinogenic, formaldehyde can be used to protect animal feed against Salmonella contamination.

Just like the herbicide glyphosate and the authorisation of GMO cases, the issue has been stuck in the Standing Committee on Plants, Animals, Food and Feed, a committee of national experts chaired by the European Commission, for two-and-a-half years since its previous authorisation expired in 2015.

Due to the regulatory uncertainty, several member states stopped using formaldehyde in animal feed. One of them was Poland, which is a leader in EU’s poultry.

A qualified majority is needed for the re-authorisation, meaning a 55% majority of member states (16 countries) representing 65% of the total EU population voting in favour.

This means the stance of member states such as France, Germany, Poland and Italy is crucial for the outcome of the vote. However, France and Italy are strongly opposing its re-authorisation due to worker safety concerns.

In July 2014, EFSA stressed that the use of formaldehyde in pig and poultry feed did not adversely affect animal health, consumers or the environment.

However, EFSA said its inhalation might cause cancer and stressed that appropriate measures should be taken to reduce worker exposure to feed containing formaldehyde.

Referring to this conclusion, an EFSA official told EURACTIV “A safe feed concentration for all animal species and categories could not be determined”.

“Measures should be taken to ensure that the respiratory tract, skin and eyes of any person handling the product  are  not  exposed  to  any  dust,  mist  or  vapour  generated  by  the  use  of  formaldehyde,” the EFSA official noted, adding that regarding the user, it was not possible to conclude on a safe level due to its classification as carcinogen and suspect mutagen after inhalation.

“Therefore it was recommended to avoid any exposure via inhalation.”

Formaldehyde is carcinogenic above a certain threshold, but when used as intended in controlled environments, it does not pose a risk to workers.

It also recognised that carcinogenic effects were not to be expected below a certain concentration threshold.

In response to a parliamentary question, EU Commissioner of Social Affairs Marianne Thyssen confirmed that the executive “is not intending to ban the use of formalin/formaldehyde” for laboratory activities.

But DG SANTE proposed a denial for authorisation for formaldehyde in animal feed without any additional scientific evidence or new opinion from EFSA.

Sources close to the file told EURACTIV that the discussions in the last ScoPAFF meeting were not conclusive.

“The decision to propose a denial of authorisation for formaldehyde seems to contradict both EFSA and SCOEL findings, despite the fact that EFSA’s findings in the glyphosate case are a key reason for its reauthorisation,” the sources said.

In the meantime, a new report published last week by EFSA, the European Medicines Agency and the European Centre for Disease Prevention and Control indicated that resistance to drugs used to fight Salmonella was linked to farm use.

Where Salmonella is not effectively controlled earlier in the process, farmers are forced to rely on antibiotic treatment.

“This new report confirms the link between antibiotic consumption and antibiotic resistance in both humans and food-producing animals,” European Commissioner for Health and Food Safety Vytenis Andriukaitis stated.