Nutella jars pictured on a shelf at a supermarket. [EPA/BRANDT]

Lega leader Matteo Salvini’s recent scolding of the iconic hazelnut spread ‘Nutella’ has exposed flaws in the ‘Italian first’ formula that has led the Italian to past electoral successes.

During a December 5 rally in Ravenna, Salvini revealed he no longer eats Nutella, because the manufacturer Ferrero produces its iconic hazelnut spread with Turkish rather than Italian nuts.

The criticism took many Italians by surprise. Salvini has always showed himself to be a huge fan of one of the global best-selling Italian food products, in many cases even endorsing Nutella.

In 2015, when he was an MEP, Salvini took Nutella’s side against French Environment Minister Segolene Royal who suggested Ferrero use raw materials others than palm oil, which contributes to deforestation.

However, Salvini’s recent attack on one of Italy’s most beloved food products exposed him to so much criticism from people that his communication strategists forced him to make a U-turn. The day after, he said on Twitter he was enjoying a slice of bread and Nutella to sweeten the day and later he posted a picture in a supermarket aisle next to jars of Nutella, hinting he was about to buy the spread for his kids.

“Does Ferrero import hazelnuts from Turkey? True, but a quarter of the hazelnuts used comes from Italy, which is unable to meet the needs of this product,” said Buffagni.

According to the UN Food and Agriculture Organisation (FAO), Turkey is the world’s largest hazelnut producer, accounting for about 72.9% of the total world supply and for more than 80% of the world’s hazelnut trade.

Italy follows with nearly 20% in production and 15% in export, but it is not enough to meet the global desire for Nutella.

Salvini’s recent comments have also been applied to other contexts, with Prime Minister Enrico Letta saying that “Salvini’s U-turn on Nutella reminds his volatile positions on the euro currency.”

“If you can’t express yourself with competence over Nutella, it’s clear that the credibility of what you say about the European Stability Mechanism (ESM) is rather poor,” said Economy Minister Roberto Gualtieri, commenting Lega’s petition to stop the approval of the eurozone bailout fund.

Last March, Salvini presented a legislative proposal at the Italian Parliament to safeguard Italian brands with more than 50 years of history by setting a list of ‘protected’ Made in Italy labels.

The draft law aimed to avoid relocating production outside Italy and does not refer only to food products. “If you want to sell products with an Italian label, you need to produce in Italy,” Salvini said.

The legislative initiative was criticised by former Commissioner for Food Safety Vytenis Andriukaitis, who criticised the “political use” of the country of origin and food safety concerns as a political argument for nationalist propaganda. 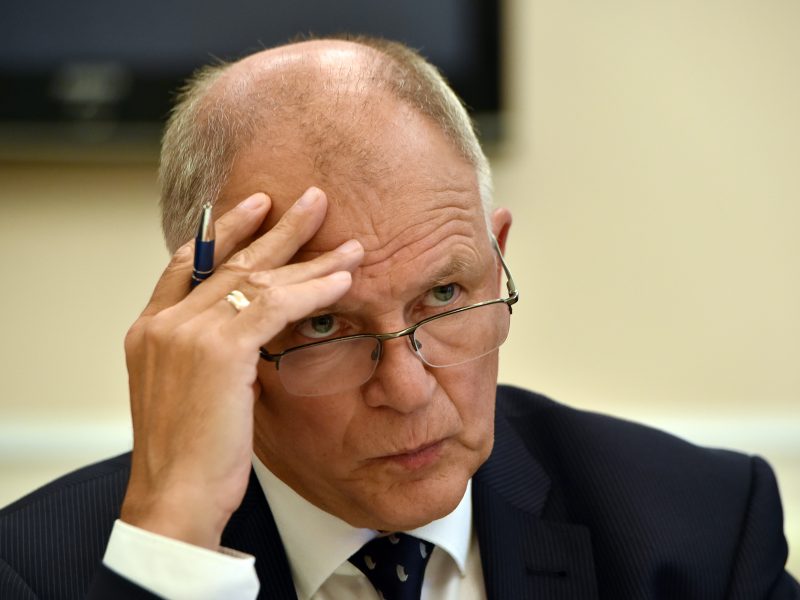 EU health boss Vytenis Andriukaitis criticised last week (7 June) the “political use” of food safety concerns and country of origin labelling, spurred by nationalist leaders like Italy’s Matteo Salvini, who replied he was only defending Italian farmers and fishermen.

Recently, Salvini has condemned the Nutriscore, a nutrition label that converts the nutritional value of products into a code consisting of five letters, from A to E, each with its own colour.

A European Citizens’ Initiative (ECI) “Pro-nutriscore” launched by some consumer associations and backed by the Greens and the socialist group in the European Parliament aims to make the system, which was developed in France and is also being used in Belgium and Spain, mandatory for all manufacturers at EU level.

But with less than 100,000 signatures collected so far, it is unlikely they are going to reach the 1 million needed to force a Commission legislative initiative.

For Salvini, a ‘secret plan’ is being conceived in Bruxelles that would no damage to the ‘Made in Italy’ label.

“This measure is about our shopping cart, our agriculture and our quality of life,” said Salvini, adding that Italian products like speck, olive oil, gorgonzola, pecorino cheese and parma ham are often ranked with a low Nutriscore while Coke zero and Redbull drinks have the traffic’s greenlight on their label.