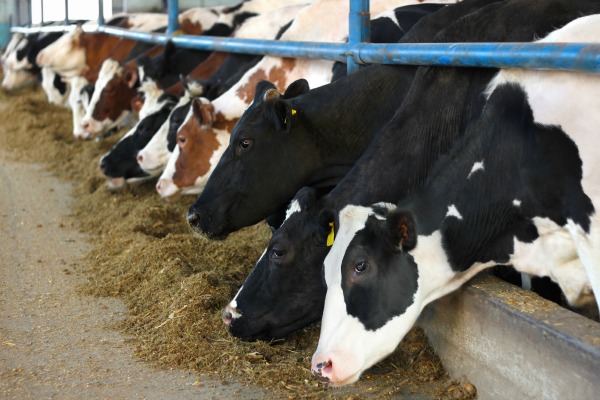 Beef production is more more damaging to the environment than cultivating any other form of livestock for food. [Shutterstock]

Production of beef is nearly ten times more damaging to the environment than any other form of meat production, according to a new study published in the Proceedings of the National Academy of Sciences.

The researchers developed a uniform methodology that they were able to apply to all five livestock categories and to four measures of environmental performance.

“We have a sharp view of the comparative impact that beef, pork, poultry, dairy and eggs have in terms of land and water use, reactive nitrogen discharge, and greenhouse gas emissions,” professor Gidon Eshel, from New York’s Bard College, told the BBC.

The scientists calculated that the amount of resources required for all the feed consumed by edible livestock and worked out the amount of hay, silage and concentrates such as soybeans required by the different species to put on a kilo of weight. They also included greenhouse gas emissions, not just from the production of feed for animals, but from their digestion and manure.

As a result, beef is the food animal with the biggest environmental impact.

Swedish agricultural authorities in 2013 recommended an EU-wide tax to reduce meat consumption. Sweden’s Board of Agriculture said the levy would reduce the environmental impact of meat production. Instead, Europe’s populations should eat more vegetables for both environmental and health benefits.

Marit Paulsen, a Swedish MEP and member of the Agriculture and Rural Development, told EURACTIV she would support an extra tax on meat, even though she represents the liberal group in Parliament. Paulsen said that meat has to become more expensive for consumers for the environment’s sake.

“I believe meat will become more expensive. I don’t know how, but if we have to add an emission tax, then let it be, but let us for God’s sake now start a proper discussion with the knowledge we have which includes the fact that we can’t afford to use so much money producing meat,” Paulsen stated.

Meat consumption has been rising steadily in the EU for years. Luxembourg has the world's highest per-capita level of meat consumption, ahead of the United States, and one of the biggest tastes for beef, according to the UN Food and Agriculture Organisation.