This article is part of our special report The main challenges facing the CAP.

The EU Common Agricultural Policy after 2020 should mobilise both direct payments and rural development pillars, in order to pave the way for the introduction of much-needed digital technologies in the farming sector, experts in precision agriculture told euractiv.com.

The rising demand for agricultural products, combined with the need to protect the environment, has put pressure on policy-makers to find innovative ways to “produce more with less”. In addition, price volatility in food and agricultural markets has highlighted the need to increase European competitiveness worldwide in order for the sector to survive in the long run.

Several stakeholders have claimed that the EU Common Agricultural Policy (CAP) should take advantage of the ongoing “digital revolution” and introduce new technologies in the sector. The concept of “digital” or “precision” farming has taken center stage in the discussion for the next CAP covering the period 2021-2027. 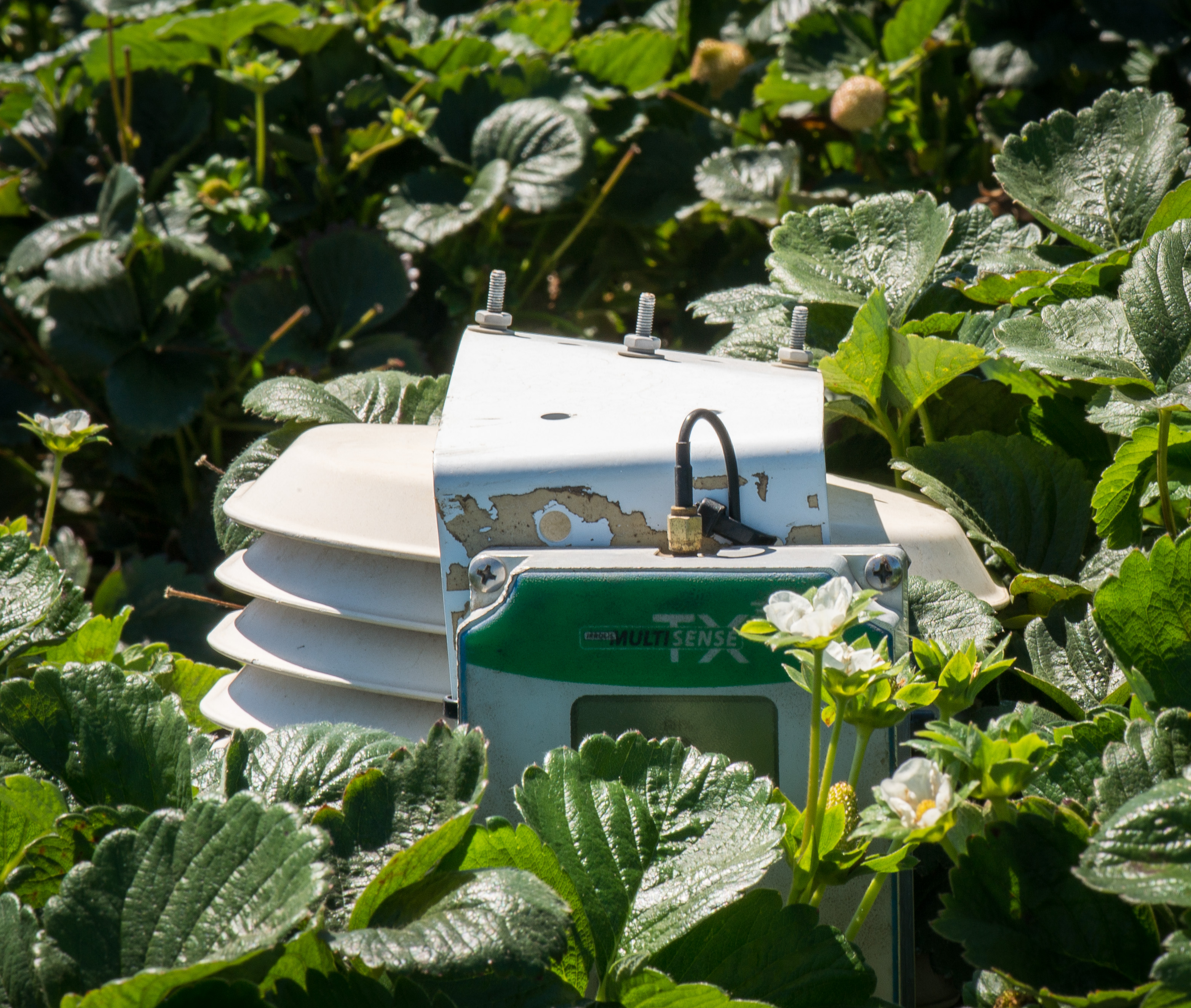 Precision farming is based on the optimised management of inputs in a field according to actual crop needs. It involves data-based technologies, including satellite-positioning systems like GPS, remote sensing and the Internet, to manage crops and reduce the use of fertilisers, pesticides, and water. In a few words, precision farming helps EU farmers take care of the “slightest detail” of their everyday activities in order to make their business sustainable.

The European Commission’s DG CONNECT and DG AGRI currently focus on digital farming. EU research funding on digital farming will be made available under the Alliance for Internet of Things Innovation (AIOTI) where a €30 million large-scale pilot project on smart farming will be funded. In parallel, there will be calls for proposals for data-driven innovations in farming under the agriculture-related research funding in the Societal Challenge 2 envelope of Horizon 2020.

However, many challenges still lie ahead before the EU farming sector can take the critical “digital leap”, ranging from funding opportunities to infrastructure capacities and skills building.

The main instrument for innovation-driven thinking under the CAP’s Rural Development pillar is the European Innovation Partnership for Agricultural Productivity and Sustainability (EIP-AGRI). Its fundamental aim is to create synergies between Horizon 2020 and Rural Development and to close the gap between research and practice.

SPECIAL REPORT / According to the European Commission, boosting innovation and research in the agricultural sector is key if EU farmers are to produce more with less, and feed billions.

Under EIP-AGRI, local stakeholders (farmers, researchers, businesses, NGOs) come together and establish the so-called “operational groups”, whose main objective is to seek an innovative solution to a common problem in a country or region.

A recent EIP-AGRI Focus Group on Mainstreaming Precision Farming found digital farming faced with a number of challenges. The report pointed out, among others, that precision farming needs the cooperation of all stakeholders, as well as the training of special advisers who will be able to make innovation a reality on a farm.

“Regional training and awareness are essential to reach advisers and small and medium-sized farms, as many farmers believe that precision farming is not profitable in small farms,” the report said, suggesting the promotion of sharing contracting.

Mapping the current state-of-play of precision farming in the EU, the report underlined that in arable farming, precision practices have been widely adopted by large farmers in Central and Northern Europe, with the goal of maximising profitability.

As for Southern Europe, which is already under enormous economic pressure in agriculture and at the same time faces water scarcity, the report stated that precision irrigation techniques were “essential for good management”.

Commenting on the results of the report, Jean-Paul Beens, Head of Public Affairs and Industry Relations at fertiliser company Yara, told EURACTIV that while key solutions and needs were identified, it lacked practical implementation recommendations to “go local”.

“Given the diversity of European agriculture […] we need a profound analysis on a regional, possibly member state level. An appeal to member states for support of “NIP-Agri programmes” (National Innovation Partnerships) could bring the achievement of an improved productive and sustainable EU precision agriculture closer,” Beens stressed, citing Sweden as an example.

“Its approach and adoption of precision farming tools such as the N-sensor have been mentioned in the list of documented best practices of the EIP-Agri’s final report.”

For the European Agricultural Machinery Industry Association (CEMA), adequate rural broadband infrastructure across the entire EU is an essential precondition for a successful and inclusive digital transformation in agriculture.

He added that new efforts were needed to avoid a future urban-rural “digital divide” and achieve the EU’s target of ensuring that every company and household has broadband access at a speed of at least 30MB/s by 2020.

However, Yara, a fertiliser company which uses precision farming to increase the accuracy of fertiliser inputs, has developed different systems for Internet access

“Several of our tools work autonomously from telecom networks as long as an Internet connection is available in the proximity of the farmer,” Jean-Paul Beens, Yara’s Head of Public Affairs and Industry Relations, told EURACTIV.

“As a company doing business internationally, we experience the creativity of farmers to adapt to new technology. For example in less developed countries, farmers transmit their field data collected with our smartphone app via Internet connections when shopping at suppliers or at gasoline stations when filling the tractor,” he added.

Making the digital transformation happen in the world of agriculture and rural areas will require digital skills, according to CEMA.

Faced with the rapid ageing of farmers (only an estimated 8% of EU farmers are below the age of 35), the introduction of new technologies may result in a “two-speed” EU agriculture.

For this reason, CEMA noted that developing digital skills in agriculture will make farming and farm-related jobs a more attractive and dynamic career choice in the future, and attract talent to rural areas. “We need to have public policies in place that support farmers in accessing and investing in digital technologies. Here the CAP after 2020 could play an important role,” Adam stressed.

Luc Vernet, senior advisor at Farm Europe, a think tank specialising in EU agricultural affairs, shares a similar view. He said that all disruptive technologies or practices are implemented first by pioneers, as was the case in the early 1990s, with organic agriculture.

“But clearly taking into account the potential of these techniques and the specificities of EU agriculture, which is made from small to medium family farms, it’s important for the Common Agricultural Policy to accompany this new trend. Farmers need to be accompanied to take the risk of change via proper policy supports,” Vernet told EURACTIV.

For Yara, the introduction of digital farming is like when computer programs were first introduced. “The basic functionalities are known but the further hidden potential needs to be explored, mastered and linked. Many farmers have bought equipment with advanced technology without fully utilizing its potential,” Beens said.

Yara also considers the standardisation related to technology platforms as well as the need for different focus and type of training as priorities.

“Several different suppliers offer technology which is not compatible with other technologies. This brings us to the next challenge, that of standardisation.”

EU policy-makers and relevant stakeholders have already begun discussing the CAP’s future after 2020.

In a position paper, CEMA urged EU policymakers to provide more flexibility within Pillar 1 (direct payments) and Pillar 2 (rural development) to facilitate access to, and the uptake of, new technologies.

“A mechanism similar to Articles 68 and 69 of the previous CAP (2007-2013) should be re-established allowing member states to dedicate 10% of their Pillar 1 budget envelope to specific projects aimed at enhancing farm holdings’ productivity,” the paper said, adding that this mechanism could be applied either to Pillar 1 (for between 5% and 10% of the total envelope) or Pillar 2 for any unspent budget.

CEMA also suggested a substantial shift (of up to 15% of the total budget) from the next CAP (2021-2027) to enhance research and development in agriculture.

The European machinery industry went a step further, saying that a “productivity bonus” could be introduced as part of the greening scheme.

“The concept underpinning such a productivity bonus is simple and straightforward: farmers who are able to increase their productivity while strictly following the cross-compliance requirements should be rewarded,” Adam told EURACTIV, stressing that such a bonus should be calculated based on Total Factor Productivity in Agriculture (TFP) criteria, which by definition include soil, water, and inputs management.

Farm Europe believes that considering the low level of profitability of EU farms, digital farming should be supported both via investment support and strong political incentives.

“Both pillars of the CAP could be mobilised to encourage investments in new techniques. Via the greening, the EU could promote digital farming, recognising these technologies as a proper way to contribute to climate objectives,” Vernet said, adding that an EU-wide investment plan targeted on new technologies via rural development programmes is needed.

Vernet also noted that the CAP should draw specific attention to the transition period, which is always “sensitive”, helping farmers to take risks with efficient management of schemes.

But beyond these three steps, the EU should design a clear agenda for the years to come.

“With digital farming, we have an effective tool to change the approach to the greening of the CAP. We can switch from a measure-based approach which creates red tape and administrative burdens to an objective-based approach, setting objectives and leaving enough room for manoeuvre for farmers to decide how to reach the common objectives.”

Thomas Begon, of the French farming cooperative InVivo, told EURACTIV: “To be able to develop a powerful and resilient digital farming, European farmers need to have access to a strong and global 3G and 4G mobile/data network, in order to connect all agricultural devices and software.”

Precision farming is based on the optimised management of inputs in a field according to actual crop needs. It involves data-based technologies, including satellite positioning systems like GPS, remote sensing and the Internet, to manage crops and reduce the use of fertilisers, pesticides and water.

The introduction of the new technologies helps farmers to manage their farms in a sustainable way by taking into account the “slightest detail” of everyday farming.

Precision farmers are able to make the best use of chemical inputs (pesticides or fertilisers), contributing to soil and groundwater protection while increasing production efficiency. The quality of products is improved and energy consumption reduced significantly.

By using sensors, farmers are able to identify specific areas of the field in need of a particular treatment and to focus the application of chemicals on these specific points only, reducing the amount of chemicals used and preserving the environment.

This is in contrast with the traditional practices in which various agricultural activities such as irrigation, fertilisers, insecticides, and herbicides are uniformly applied throughout the field, ignoring any variability.

'E-agriculture' could save EU farmers time and money