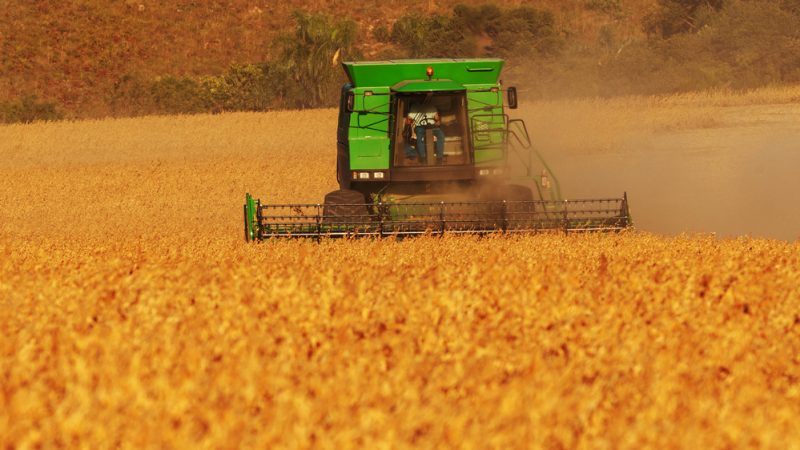 The representative of the COAG organisation in the European Economic and Social Committee (EESC), Andoni García, underlines that agricultural production is not only responsible for greenhouse gas emissions, but also functions as a sink, adding organic matter to the soil. [Shutterstock/Celso Margraf]

Read this article also in Spanish.

Spain seeks to maintain carbon in soils destined for agriculture in its strategy against climate change with the support of the Common Agricultural Policy (CAP). However, producers demand more funds to compensate for their efforts.

The Spanish government and autonomous regions are negotiating a plan to implement the new CAP, which they will send to Brussels before the end of the year.

Around 40% of its budget will be allocated to actions with climate and environmental purposes. Among the new changes are eco-schemes, aid linked to sustainable practices divided between those focused on agroecology, and the so-called low carbon agriculture, which aims to reinforce the sink capacity of soils.

The eco-schemes will be financed with €1.107 billion per year until 2027, equivalent to 23% of direct aid from the CAP (first pillar), along with another 2% charged to environmental spending in rural development (second pillar).

Although negotiations have progressed regarding direct aid under the first pillar, the measures under the second have yet to be further specified.

Observations to the new CAP

The Minister of Agriculture, Fisheries and Food, Luis Planas, has reiterated that he intends to support farmers in the transition towards more sustainable agriculture from an economic, social and environmental point of view.

Agricultural organisations insist on the need to receive more support in the face of increasing environmental demands and highlight the mitigating capacity of agriculture to capture carbon and prevent it from being released into the atmosphere.

According to Ignacio López from the Spanish farmers’ association (Asaja), Spain has decided that the CAP funds serve to “compensate” the efforts of the producers, who do not see the proposal as “sufficiently attractive”.

“They ask us for more measures” that will force us to redirect investments or face higher costs “without putting more money on the table” in a context of “a lot of uncertainty,” says López to Efeagro.

He recognises the need to adopt sustainable practices and tackle problems such as soil erosion or fires.

In the European Union (EU), the European Commission promotes its strategy “Farm to Fork”, which seeks to reduce the use of chemical pesticides by 50% and fertilisers by 20% before 2030. Additionally, it aims to expand organic farming to 25% of agricultural land.

The plan also includes a Carbon Farming Initiative and a regulatory framework for certifying carbon removals.

Representative of the COAG organisation in the European Economic and Social Committee (EESC), Andoni García, underlines that agricultural production is responsible for greenhouse gas emissions and functions as a sink, adding organic matter to the soil.

However, he expresses his concern about the possibility that agriculture “enters the commercialisation of carbon credits and is subject to private certifications” due to the risk of speculation.

In his view, more financial support is required because it is not enough to integrate the increased costs derived from a more sustainable production into food prices, especially when “the EU is externalising these costs” by allowing the importation of low-cost products from third countries.

In Spain, with 10% of ecological agricultural land, organic farmers said that the model change would also help boost rural economies, combining job creation and economic benefits with the protection of the environment, the fight against climate change, and an improvement in animal welfare.

From the UPA organisation, technician David Erice believes that soil management can be significantly improved in the Iberian Peninsula with practices such as crop rotation, which “do not put the survival of farms at risk from an economic point of view”.

However, he is more critical of restrictions on the use of phytosanitary products and fertilisers and questions that “farmers are left without tools to produce”. Hence, he calls for correctly measuring the impact of the formulated objectives.

“The challenge is to be able to achieve sustainable practices that make the farms viable as a whole, and we have been working on that in recent years,” says Erice.