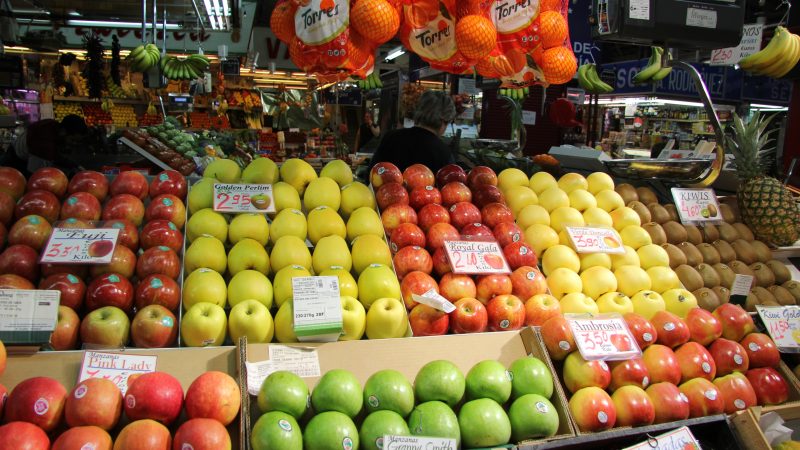 Spain is the “vegetable garden of Europe” and the sector remains competitive thanks to a combination of quality, innovation and meeting consumer demands, the Spanish Minister of Agriculture, Luis Planas, told EURACTIV’s partner EFE agro.

With more than 30 million tonnes produced per year, and a yearly turnover of €18 billion, Spain is the leading producer of fruit and vegetables in the EU.

Underscoring the importance of the Spanish agricultural system in the EU, Planas highlighted in a video interview. that the success of the Spanish model relies on “quality, innovation and sales capacity to respond to the needs and expectations of the market, the consumers”.

This helps the sector remain competitive, although it continues to struggle to compete in certain areas, such as wage costs, he said.

“Users who want fresh, quality products, which respond to their desires. That is the objective”, he added.

Added value in the EU

According to data from a recent Eurostat survey, fruits and vegetables represent the economic activity with the highest value in the EU agri-food sector.

In Spain, production is spread across the entire country, although it is particularly important in Andalusia, Extremadura, Catalonia, Murcia, Valencia and Aragon.

Production is focused mainly on citrus fruits, red fruits, melons and watermelons, tomatoes and vegetables, which are then exported to other EU and third countries.

The economic impact for the country is clear: in 2020, the sector increased its value by 12%, offering a significant hike in Spain’s agricultural income.

José María Pozancos, director of the Spanish Federation of Associations of Exporting Producers of Fruits, Vegetables, Flowers and Live Plants (Fepex), told EFE Agro that the sector meets two strategic objectives: to ensure a supply of fruits and vegetables to all consumers at reasonable prices and to boost the sustainable development of rural areas.

Given that this production is labour-intensive, it generates a lot of jobs in rural areas, approximately 280,000 per year, which amounts to more than 50% of all jobs in the agriculture sector in the country, Pozancos stressed.

In his view, this also has two collateral positive effects: a reduction in the high rate of seasonal jobs and the gradual implementation of precision farming, a process involving trained workers, with an increasingly high level of qualification, “which obviously has a very positive impact on the installation of young farmers in rural areas”.

Spanish fruit and vegetable producers are now demanding the support of EU policies to improve their competitiveness, overcome market crises and boost the structural organisation of the sector.

In addition to the new Common Agricultural Policy (CAP) reform and the Spanish national strategic plan to facilitate its implementation ahead of 2027, the sector faces difficulties arising from Brexit, as well as trade agreements such as Mercosur.

Producers are now concentrating all their efforts towards remaining competitive, maintaining their market share, and boosting digitisation and innovation.

As part of this, they have urged consumers to bear in mind that the sector is not only essential to the Spanish economy but is also a key element of the healthy Mediterranean diet.