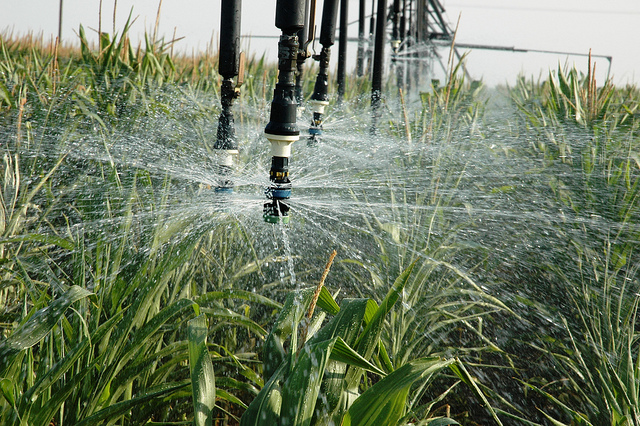 Production costs are an integral part of farming, dictating prices and how much aid is given from support packages. [AgriLife Today / Flickr]

This article is part of our special report Agriculture: Towards more efficient resource allocation.

Production costs are an integral part of farming, dictating prices and how much aid is given from support packages. Those costs are also volatile and fluctuate depending on decisions made far away and what is happening in global markets.

It’s particularly true of cereal and raw materials pricing, which are all-important to feeding livestock.

The sector believes that electricity is the “input” that worries the industry most, and as a result, farmers are asking for more supervision of the input chain.

The Spanish Young Farmers Association’s (ASAJA) director of international relations, Ignacio López, explained that “there is no parallel between production costs and sale price”.

It’s a problem that has really taken hold, because while “production costs have gone up 15% over the last few years in many cases, the prices that farmers get for their products have remained ‘anchored’,” López said. In this respect, market volatility remains a huge factor of uncertainty for many farmers.

In addition to these production costs, López pointed out that there are “regulatory” costs that EU farmers are forced to bear and which affect performance against their competitors, who might only farm “a few kilometres over the border”.

Antonio Catón, from Cooperativas Agro-Alimentarias, insisted however that there shouldn’t be worries about costs related to fertiliser and fuel. In the case of fertilisers, he said prices go in cycles and are currently much lower than two weeks ago.

As for fuel, despite a pledge by OPEC to reduce oil production, which could lead to a rise in price, “alarm bells shouldn’t ring”, said spokesperson José Cardona. He did call on the sector to remain vigilant to price increases however, saying the fall in fuel cost has slowed since 2013.

That is why it is necessary to control this chain, dubbed the reverse chain, said Blanco who called for a monitoring body to be set up in order to bring more transparency to a process in which, he claims, “oligopolies run amok”.

He added that producers are “shackled” by the chain and that a request for stricter monitoring had already been lodged with Spain’s agriculture ministry.

Farmers caught in the middle

Regarding electricity, Blanco said tariffs had gone up by 70% since liberalisation in 2008, compared with the 22% European average. He called for contracts to be more flexible so that farmers are able to keep the lights on all year and keep vital machinery like irrigation ticking over when it is needed.

Agricultural Secretary of the Union of Small Farmers (UPA) Ignacio Senovilla, summed up that farmers are “caught in a sandwich” between the input and food value chains.

Senovilla acknowledged that fertiliser and fuel price is a global issue on which “almost nothing can be done”, but insisted that energy costs are the real worries.

He agreed that “more control” and “intervention” is needed from an administration that, he thinks, is “looking the other way”.